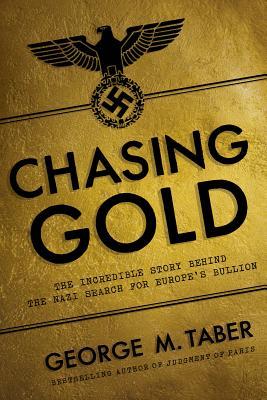 Hitler's war effort was completely financed by gold looted from the central banks
of conquered countries, and from Jews.  This could not have been done
without the cooperation of the "central bank of central banks," the
Bank for International Settlements who transferred this
gold to the Nazis.  The Allies sat with the Nazis on the Board of this
bank, further proof that the Second World War was a complete fraud
perpetrated on humanity by the Illuminati central bankers.
Related - Bank of England transferred 23 tons of Czech Gold to Nazis
------------------Helped Nazis Sell Plundered Gold
How the Nazis Stole Europe's Gold
by George Taber
(excerpt by henrymakow.com)
Austria was the first victim of Nazi aggression in the spring of 1938. Because of his close relations with the Bank for International Settlements, which he had helped start, [Hjalmar] Schacht knew that the Austrian central bank had about 100 tons of gold. That was almost four times as much as the Germans had at the time. When the Wehrmacht marched into Vienna on Saturday morning March 12, Wilhelm Keppler, a businessman and early Hitler backer, and two armed Nazi commandoes arrived at the Austrian Central Bank and took the Austrian gold to Berlin. The Germans forced the Austrian central bank to transfer an additional 5.7 tons that it had shipped to London for safekeeping. 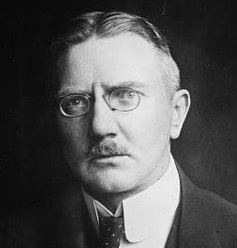 The Nazis also demanded that Vienna's large and wealthy Jewish community hand over to Berlin 14.3 tons of their private gold. Schacht, left, immediately departed for Vienna to lead the Nazi takeover of the Austrian central bank. In a festive celebration at its headquarters, he led the staff in a pledge of allegiance to Hitler, asking them to join him in "a triple Sieg Heil to our Führer."
Without the stolen central bank gold, Adolph Hitler would have been an insignificant player in world history.
The windfall arrived at a crucial time for the Nazis. By mid-1938, Berlin was almost out of foreign currency and gold largely because of its rearmament program and would have been forced to cut back their war buildup.
On October 3, 1938, Emil Puhl, who soon became vice-president of the Reichsbank, wrote in a memo, "The rapid implementation of rearmament was only possible because of the use of available gold, foreign exchange from the former Reich, and the immediate recovery of Austrian gold, foreign raw material, and valuable securities reserves." 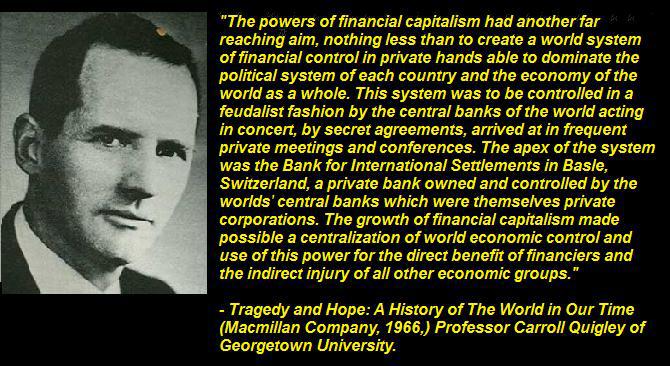 When the Germans later invaded other European countries, one of their first stops was always the local central bank. After quickly learning what had happened in Austria, foreign central bankers desperately tried to get the gold out of their countries. Usually the bullion was sent an ocean away to Canada and the United States, where it was stored temporarily at the New York Federal Reserve vaults in lower Manhattan but eventually went to Fort Knox. Even the Vatican secretly sent nearly eight tons of gold to New York.
In the darkest days of the Blitz in May 1940, the Bank of England shipped 2,000 tons across the U-boat infested Atlantic. That included not only Britain's gold but also large stashes held for other countries. Amazingly, not a single ship was sunk. The British nicknamed the secret cargo margarine.
After the Nazis invaded the Soviet Union in June 1941, Stalin's Politburo voted to send by train their three most valuable properties 900 miles to the Eastern side of the Ural Mountains to keep them out of Hitler's hands. The three: Lenin's embalmed body, the art works of Leningrad's Hermitage Museum, and 2,800 tons of gold.
The Nazis eventually captured some $600 million worth of gold, which today would be worth $19 billion. That kept Hitler's war machine going for five years. At the end of World War II in 1945, the Reichsbank still had nearly 300 tons on hand, which was more than it had at the beginning of the conflict. Without the stolen central bank gold, Adolph Hitler would have been an insignificant player in world history.
---

I encourage you to read the whole thing as it's quite amazing...

On May 23, 1933, US Congressman Louis T. McFadden brought formal charges against the Board of Governors of the Federal Reserve Bank system, the Comptroller of the Currency, and the Secretary of the US Treasury for conspiracy, fraud, unlawful conversion, and treason, amongst other charges.

If you visit the above link and hit ctrl-f and type in Germany you will read where Congressman McFadden alleges that in 1932 the Fed sent multiple shipments of Gold, which came from American bank depositors' money, to Germany.

"Mr. Chairman, I believe that the National Bank depositors of these United States have a right to know what the Fed are doing with their money. There are millions of National Bank depositors in the Country who do not know that a percentage of every dollar they deposit in a Member Bank of the Fed goes automatically to American Agents of the foreign banks and that all their deposits can be paid away to foreigners without their knowledge or consent by the crooked machinery of the Fed and the questionable practices of the Fed.

George Soros produced Nazi loot by robbing Jewish victims for a percentage. He's not apologized since. Only Gentiles need to apologize for collaboration, like IKEA's founder.

Communist collaborators never apologize and aren't even asked. Think of Stasi gofer Angela Merkel and Mao pal David Rockefeller. Why? Doublethink holds national socialism as pure evil, international socialism as pure good. The difference is nationalism. Good and evil are just whatever politics accelerate or slow the NWO end game. You find holocausts from both as they're left-wing ideologies.

People forget Hitler dallied with Communism and Mussolini edited a socialist newspaper. We hear of holocausts inspired by the nationalist flavor because world government is the goal and, well, a few eggs must be cracked to make an omelet, the end justifies the means, and all that rot. A holocaust is only that if it impedes world government, otherwise it's kosher.

In 1933 Germany had no gold, as it was confiscated in 1919. She also had no gold deposits in any major central bank around the world, which was required in those days to facilitate international trade, so quite clearly Hitler would be hunting for any gold available, wouldn't he? Which is where unscrupulous bankers would have stepped in if they saw a good profit.

But to claim Hitler was completely funded by the Jews is not true. Yes the machine tools to produce the Luftwaffe were supplied by American industrialists. No doubt other stuff was supplied by sympathisers all over the world, and more by profiteers. But that was as far as it went.

Europe has been ruled by the Jews for approaching 200 years and the only real break from this awful situation was made by Hitler from 1933 to 1945, just 12 years of freedom for one nation in 200 years of economic slavery to the Rothschilds.

And now you would deny us even this little spark of light in two centuries of Jewish imposed doom and gloom by insisting Hitler was funded by the Jews.

You Makow, are a typical Jew. You do not know when to stop. You pile it on just like all Jews do. You have no sense of proportion or common decency. Give it a rest and accept that Hitler was genuine for the sake of those who have no hope.

From the way the British press still attack Hitler every day of the week, it is clear that National Socialism is the only viable political alternative to both capitalism and communism, and Hitler's vision of a just government the only alternative to democracy or fascist dictatorship.

Just let it go. Learn for once to hold your horses. Let Europeans believe Hitler was for real, because if you don't you will be aligning yourself with the mainstream media, and people will see you as just another shill for the Rothschilds.

Would not be surprised if gold confiscated from Americans using the unconstitutional Gold Act of 1933 contributed to Hitler's rise at that time.

"Mr. Chairman, I believe that the National Bank depositors of these United States have a right to know what the Fed are doing with their money. There are millions of National Bank depositors in the Country who do not know that a percentage of every dollar they deposit in a Member Bank of the Fed goes automatically to American Agents of the foreign banks and that all their deposits can be paid away to foreigners without their knowledge or consent by the crooked machinery of the Fed and the questionable practices of the Fed.