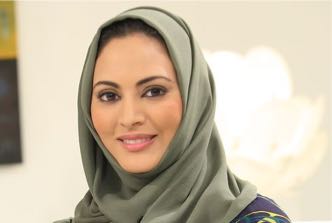 Wolfgang Eggert: The Cabalist Jewish Plot to Islamize Germany
A Muslim Woman Replies
Ok so can you ask the writer where should the Muslims go when the ones bombing and killing them out of their countries under the false pretexts are very much in bed with their own German leaders.
I will tell you what Henry, the plan is of course to fulfill the plan of greater Israel. Hence the deception of a so-called war on terror. Unfortunately, all those areas are Muslim countries so yeah when you bomb their houses you will have to give them shelter to achieve your own sinister motives. As what's in it for Muslims, they might get the material benefits of a so-called house-car-job and then pay Interest (something that's forbidden and punishable in the afterlife) but what's the greatest asset for a Muslim and should be the greatest asset will be lost and that is "Emaan" the faith of Islam. We Muslims today don't value that and hence the miserable collective state. Our generations are being molded into the satanic system so that not an iota of Islamic values remains in them. They become the same zombies like their western counterparts. And that is their greatest loss in this world and the next.
There is a saying of our prophet the meaning of which is "a time will come on my people when nations will pounce upon them and invite others to do so as if you are inviting people for food. The companions asked him..will we be less in number to which the prophet replied.."no you will be very high in no but your strength will be like the foam on the sea. Weightless and worthless.."
That is the situation today henry..we have left the real deal and feel pride in copying a failed society. A society that is morally, religiously and spiritually bankrupt. A society that has no religious code of conduct. We Muslims have it and we don't value it. Hence the family system is being destroyed through wars now. At least they were living with dignity in their own countries even if in meager income. Now there countless orphans and widows to be exploited by pedophiles and sex traffickers. That's what the Muslims will be getting. Who says they will have a life of dignity in Germany.
While on an individual level the help of Allah still comes for Muslims who hold on to his commands but on a collective level it will never come. We Muslims have forgotten the true purpose of life hence the dire state. And what's worse is with our" collective state" even if the whole Europe has Muslims pouring from all directions, it can never be Islamized..for we are like the "foam" on the sea that can change nothing. We don't have any Umars,(second caliph of Islam) now. Tell that to your friend..he doesn't have to worry. Germany will not be Islamized, in fact, Germany will have more people who will adopt their ways and life and leave the very Islam he dreads will come with them.
Writing this pains my heart but it seems to be the truth. May Allah help us. I hate to see Muslims following the same route the Westerners have after leaving the real teachings of Isa(Jesus) but what can I do except pray for their guidance.
I am not a historian, not a scholar not an intellectual, just an average Muslim woman who is passionate about her Creator and His commands. I have a strong spiritual connection with Him and I can see what's happening in the world today and analyze it according to my own understanding. I know my purpose and I know the truth. So while the world is in utter chaos I have peace in my heart for I know I have Him the one and only who is not begotten and does not beget. I know what I have to do to earn His pleasure and that is what brings me peace in this world and salvation in the next.