Why America is Going Down the Drain

Myron Fagan (1887-1972) was a distinguished and successful Broadway producer,
writer and director. A Jew, he tried to alert his fellow Americans
to the fate planned by the Illuminati.  Here are 12 trenchant points
from a 1967 address, "The Illuminati & the CFR," that resonate
today more than ever.

1) "The masterminds behind this great conspiracy have absolute control of all of our mass communications media, especially television, the radio, the press, and Hollywood."

2) "Our so-called leaders in Washington, who we elected to safeguard our nation and our constitution, are the betrayers and that behind them are a comparatively small group of men whose sole objective is to enslave the whole world of humanity in their satanic plot of one-world government. 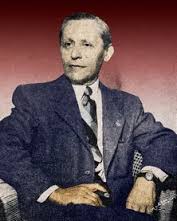 3) "The CFR [Council on Foreign Relations] is actually the Illuminati in the United States and its hierarchy. The masterminds in control of the original Illuminati conspirators, but to conceal that fact, most of them changed their original family names to American sounding names. For example, the true name of the Dillons, Clarence and Douglas Dillon (one Secretary of the U.S. Treasury Department), is Laposky.

4) "When and if their blueprint for world control, the Protocols Of The Elders Of Zion, is discovered and exposed, [the Illuminati] would wipe all the Jews off the face of the earth in order to divert suspicions from themselves. If you think this is far fetched, bear in mind that they permitted Hitler, a liberal socialist himself, who was financed by corrupt Kennedy, the Warburgs, and the Rothschilds, to incinerate 600,000 Jews.

5) "They use monetary and sex bribery to obtain control of men already in high places in the various of levels of all governments and other fields of endeavor. Once influential persons had fallen for the lies, deceits, and temptations of the Illuminati they were to be held in bondage by application of political and other forms of blackmail, threats of financial ruin, public exposure, and fiscal harm, even death to themselves and loved members of their families.

6) "Do you know who owns and controls our mass communications media? I'll tell you. Practically all the movie lots in Hollywood is owned by the Lehmans; Kuhn, Loeb, and Company; Goldman-Sachs; and other internationalist bankers. All the national radio and TV channels in the nation are owned and controlled by those same internationalists bankers. The same is true of every chain of metropolitan newspapers and magazines, also of the press wire services, such as Associated Press, United Press, International, etc.. The supposed heads of all those media are merely the fronts for the internationalist bankers, who in turn compose the hierarchy of the CFR, today's Illuminati in America.

7) In short; Jefferson, founder of the Democratic Party, was a member of the Illuminati which at least partly accounts for the condition of the party at this time and through infiltration of the Republican Party; we have exactly nothing of loyal Americanism today.

8) Earlier; by a ruse the outcome of the Battle of Waterloo had been falsified, Rothschild had spread a story that Napoleon had one bad battle which precipitated a terrific panic on the stock market in England. All stocks had plummeted down to practically zero and Nathan Rothschild bought all the stocks for virtually a penny on its dollar values. That gave him complete control of the economy of Britain and virtually of all Europe. 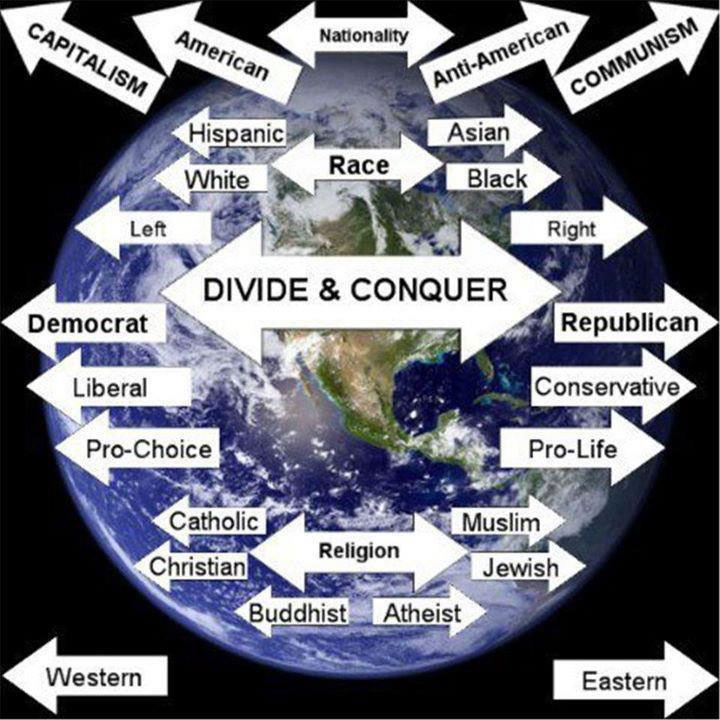 9) Communism is not a so-called ideology, but a secret weapon; a bogey man word to serve the purpose of the Illuminati.

10) Hitler was financed by Krupp, the Warburgs, the Rothschilds, and other internationalist bankers and that the slaughter of the supposed 600,000 Jews by Hitler didn't bother the Jewish internationalist bankers at all. That slaughter was necessary in order to create worldwide hatred of the German people and thus bring about war against them. In short; this second world war was to be fought to destroy Nazism and increase the power of political zionism so that the state of Israel could be established in Palestine.

11) We are supposed to believe that the international bankers of today, like the money changers of Christ's day, are only the tools or agents of the great conspiracy, but actually they are the masterminds behind all the mass communications media leading us into believing that communism is a movement of the so-called workers; the actual fact is that both British and American intelligence officers have authentic documentary evidence that international liberals, operating through their international banking houses; particularly the House of Rothschilds, have financed both sides of every war and revolution since 1776.

12) All those pogroms were fomented by Rothschild agents. As a result; the Jewish terrified refugees from all of those nations swarmed into the United States and that continued throughout the next two or three decades because the pogroms were continuous through all those years. All those refugees were aided by self-styled humanitarian committees set up by Schiff, the Rothschilds, and all the Rothschild affiliates.

"In the main; the refugees streamed into New York, but the Schiff-Rothschild humanitarian committees found ways to shuffle many of them into other large cities such as Chicago, Boston, Philadelphia, Detroit, Los Angeles, etc.. All of them were quickly transformed into "naturalized citizens" and educated to register as Democrats. Thus all of that so-called minority group became solid Democratic voter blocks in their communities all controlled and maneuvered by their so-called benefactors. And shortly after the turn of the century; they became vital factors in the political life of our nation. That was one of the methods Schiff employed to plant men like Nelson Aldrich in our Senate and Woodrow Wilson in the White House.

Listen to what Fagan said in 1967 after minute 14 on this recording.

"Illuminati and the faculties of colleges and universities were to cultivate students possessing exceptional mental ability belonging to well-bred families with international leanings and recommend them for special training in internationalism. Such training was to be provided by granting scholarships to those selected by these Illuminists. That gives you an idea what a "Rhodes scholarship" means. It means indoctrination into accepting the idea that only a one-world government can put an end to recurring wars and strife. That's how the United Nations was sold to the American people.  One of the most notable Rhodes scholars we have in our country is Senator William J. Fulbright, sometimes referred to as half-bright. His entire voting record spells Illuminati. All such scholars were to be first persuaded and then convinced that men of special talent and brains have the right to rule those less gifted on the ground that the masses don't know what is best for them"

Fulbright was one of the most powerful Senators in Washington for 30 years but his state was the backward state of Arkansas.  I lived there from the time Bill and Hillary were at Oxford on Rhodes scholarships through Clinton's second term as governor.  It was common knowledge that William Fulbright sponsored Clinton's Rhodes scholarship.  Hillary's sponsor was Republican Senator Barry Goldwater.

Thank you Richard for the " info" on Bill and Hillary. I often wondered if the Rhode Scholarship was really awarded to the brightest of the bulbs or the most "workable" of the bulbs. I believe the ladder to be the case here. Bill Clinton was quite a unique Illuminati invention, a Southern World Order Marxist with the aspirations and ideology of a JFK at the same time, interesting.

Hillary, like Obama, a product of the now transparent underground Chicago Marxist Political Mafia aka Lester Crown,Rom Emmanuel, and David Axelrod was easy pickins for their brainwashed ideological Marxist recruits. In the end, Bill Clinton like his Marxist hero, Nelson Mandella, was "duped" by the very "powers that be" that put him in that office