Billionaires are Behind Communism - Reece Committee 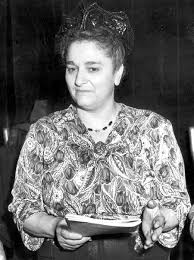 Norman Dodd (1899-1987)     was a banker/bank manager, worked as a financial advisor and served as chief investigator in 1953 for U.S. Congressman B. Carroll Reece Special Committee on Tax Exempt Foundations (commonly referred to as the Reece Committee).
Most of America's great fortunes were made by men chosen by the Rothschilds and given the money
to become monopolies.  Naturally, they share the Rothschild goal of worldwide Communism, which is
essentially a monopoly over everything- money, power, belief & thought.  Thus they must destroy all collective forces - race, religion (God), nation and family (gender.)
As this article indicates, they used tax-exempt foundations to re-engineer America in the direction of Communism. Their mandate was "to alter life in the United States that we can be comfortably merged with the Soviet Union." This is the origin of endless war, globalism, miscegenation, feminism, "gay rights," gun control,  political correctness, multiculturalism etc.  Communism is pretty much a fait accompli in the West.
The following historical account is excerpted from Charlotte Iserbyt's book The Deliberate Dumbing Down of America, page 46-48:
1953
Investigate Tax Exempt Foundations
by Charlotte Iserbyt
(Excerpt by henrymakow.com) 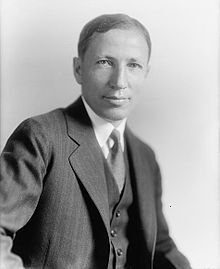 NORMAN DODD, A YALE GRADUATE, INTELLECTUAL AND NEW YORK CITY INVESTMENT BANKER, was chosen to be the research director for the Reece Committee of the U.S. House of Representatives in 1953. The Reece Committee was named for its creator, Rep. Carroll Reece of Tennessee, left and was formed to investigate the status of tax-exempt foundations.
Dodd sent committee questionnaires to numerous foundations, and as a result of one such request, Joseph E. Johnson, president of the Carnegie Endowment for International Peace, invited Dodd to send a committee staffer to Carnegie headquarters in New York City to examine the minutes of the meetings of the foundation's trustees. These minutes had long since been stored away in a warehouse. Obviously, Johnson, who was a close friend of former Carnegie Endowment's president and Soviet spy Alger Hiss, had no idea what was in them. [Word is the staffer went insane because of what she found.]
ENDLESS WAR
The minutes revealed that in 1910 the Carnegie Endowment's trustees asked themselves this question: "Is there any way known to man more effective than war, to so alter the life of an entire people?" 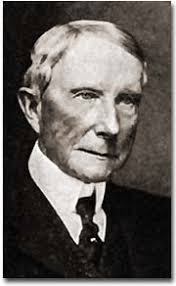 (John D. Rockefeller)
For a year the trustees sought an effective "peaceful" method to "alter the life of an entire people." Ultimately, they concluded that war was the most effective way to change people. Consequently, the trustees of the "Carnegie Endowment for International Peace" next asked themselves: "How do we involve the United States in a war?" And they answered, "We must control the diplomatic machinery of the United States by first gaining control of the State Department."
Norman Dodd stated that the trustees' minutes reinforced what the Reece Committee had uncovered elsewhere about the Carnegie Endowment: "It had already become a powerful policy-making force inside the State Department."
During those early years of the Carnegie Endowment, war clouds were already forming over Europe and the opportunity of enactment of their plan was drawing near. History proved that World War I did indeed have an enormous impact on the American people. For the first time in our history, large numbers of wives and mothers had to leave their homes to work in war factories, thus effectively eroding woman's historic role as the "heart" of the family.
The sanctity of the family itself was placed in jeopardy. Life in America was so thoroughly changed that, according to Dodd's findings, "[T]he trustees had the brashness to congratulate themselves on the wisdom and validity of their original decision." They sent a confidential message to President Woodrow Wilson, insisting that the war not be ended too quickly.
EDUCATION
After the war, the Carnegie Endowment trustees reasoned that if they could get control of education in the United States they would be able to prevent a return to the way of life as it had been prior to the war. They recruited the Rockefeller Foundation to assist in such a monumental task. According to Dodd's Reece Committee report: "They divided the task into parts, giving to the Rockefeller Foundation the responsibility of altering education as it pertains to domestic subjects, but Carnegie retained the task of altering our education in foreign affairs and about international relations." 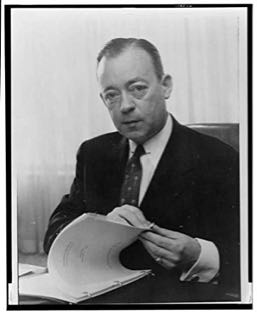 During a subsequent personal meeting with Mr. Dodd, President Rowan Gaither (left) of the Ford Foundation said, "Mr. Dodd, we invited you to come here because we thought that perhaps, off the record, you would be kind enough to tell us why the Congress is interested in the operations of foundations such as ours?" Gaither answered his own rhetorical question with a startling admission:

"Mr. Dodd, all of us here at the policy making level of the foundation have at one time or another served in the OSS [Office of Strategic Services, CIA forerunner] or the European Economic Administration, operating under directives from the White House. We operate under those same directives.... The substance under which we operate is that we shall use our grant making power to so alter life in the United States that we can be comfortably merged with the Soviet Union."

Stunned, Dodd replied, "Why don't you tell the American people what you just told me and you could save the taxpayers thousands of dollars set aside for this investigation?" Gaither responded, "Mr. Dodd, we wouldn't think of doing that."
In public, of course, Gaither never admitted what he had revealed in private. However, on numerous public occasions, Norman Dodd repeated what Gaither had said, and was neither sued by Gaither nor challenged by the Ford Foundation. Dodd was subsequently warned that "If you proceed with the investigation as you have outlined, you will be killed." 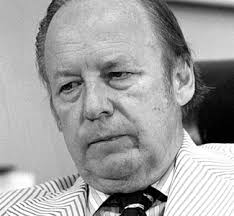 The Reece Committee never completely finished its work of investigating and receiving testimony in open hearings involving the representatives of the major tax-exempt foundations. The process was completely disrupted and finally derailed by the deliberately disruptive activity of one of its members, Congressman Wayne Hays of Ohio, left.
According to general counsel for the Reece Committee, Renee A. Wormser's account in Foundations: Their Power and Influence (Devin-Adair: New York, 1958, p. 341), "[Hays] was frank enough to tell us that he had been put on the committee by Mr. [Sam] Rayburn, the Democratic Leader in the House, as the equivalent of a watchdog. Just what he was to 'watch' was not made clear until it became apparent that Mr. Hays was making it his business to frustrate the investigation to the greatest extent possible."

Related-Makow  "The Aim of Freemasonry is the Triumph of Communism"

Comments for "Billionaires are Behind Communism - Reece Committee"

And they are also behind the attempt to destroy the races through miscegenation.
The real and only enemy of all European countries as single entities is the European Union. The EU project dates back to the 1920s with the PAN-EUROPE Movement, created by Richard Von Coudenhove Kalergi and financed by Max Warburg, brother of Federal Reserve fame Paul Warburg.

America right now is reeking with millionaires and billionaires. It's flat-out shameful and disgusting. The little wealth of mainstream America has been looted by these people through the loss of livable wages and the loss of jobs to cheap slave labor in third world countries. All this was done to create more millionaires and kick the working class into poverty levels.

On top of it all the stock market is now rigged to protect the wealth of these low lives even when their stocks are loosing.
The wealth in America is not tricking down at all, it's actually trickling up with more new families hitting the poverty level every day as the stock market keeps gaining.

The ghettos in America are not getting smaller, they're getting larger. What were once liveable working neighborhoods with stores and schools are now vacant communities that resemble a ghost town.
This is the end game of Marxist economics.