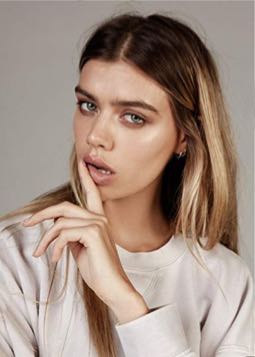 Rich, a reader, responds to Some #MeToo Women are Complicit
Many women are governed by emotion.
They are natural Cabalists.
They make up reality.
Robbed of their natural and social role,
they are keen to wreak revenge on men,
instead of the feminists who betrayed them.
Disclaimer: I realize many women are capable of objectivity but this is a warning I wish I had heard 50 years ago. Men are blinded and brainwashed by sex and society's obsession with beautiful young women.
Rich: "Most women are so mentally and emotionally unstable and only live in the moment and believe that their feelings are reality 100% of the time. So if five years later she feels like she was raped then that means it's true even though the reality may be precisely the opposite."
by Rich
(henrymakow.com)
This whole thing against Harvey Weinstein and other powerful men is simply another typical witchhunt led by the ever unstable female mind that is seeking revenge against men that they had consensual sex with because they can't handle their own guilt over their natural inclination to sell their bodies to get ahead!
Women do this thousands of times against normal men with whom they have sexual relations with either after a night out partying or a moment of weakness, then feel bad about it and tell their girlfriends who often times convince them that they were raped. Some even flat out tell them to accuse him of rape just so that a woman can feel better because she can't handle her pathetic feelings because of the weak-minded creatures that they are. 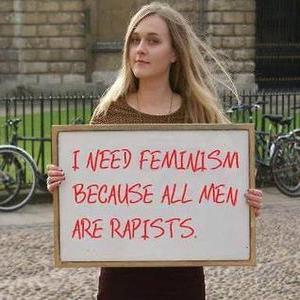 Far too many women have absolutely no compunction at all about sending a man to jail for 20 years for a rape accusation that they absolutely know 100% was consensual, and they do it all to alleviate their own sense of guilt over the fact that they are a whore, or because they went out drinking and had no self-control, drink too much and then expect the man to pay for it with rape charges the following day.
Upwards of 60% of all rape accusations are either unfounded or proven to be false, and the modern religion that is psychology today often tells women that if they're not 100% into the sex, then that means that they were raped. But when are women often 100% into anything?
Women often can't even make a decision as to which light bulb to install and always want a man to tell them what to do or give them the answers. This is especially true when it comes to dating as they want the man to do the thinking and make many of the decisions.  Many women often want to be taken or seduced; then when a man does seduce them they want to turn around and accuse him of rape.
Many women I've talked to over the years in various forums and dozens in person don't even see their own hypocrisy, double-mindedness or flat-out delusional thinking and think that this is just normal behavior because most women are so mentally and emotionally unstable and only live in the moment and  believe that their feelings are reality 100% of the time. So if five years later she feels like she was raped then that means it's true even though the reality may be precisely the opposite.
I've had friends whose wives called the police on them and accused him of raping the children because she had a dream about it, or had a feeling after 10 or 15 years that he was molesting them. Even though there was zero evidence and the children were shocked and what their mother was accusing the father of, some of the women's responses were "if it's not true then why did I have that dream?" or "if it's not true then why did I have the feeling that it was happening?" 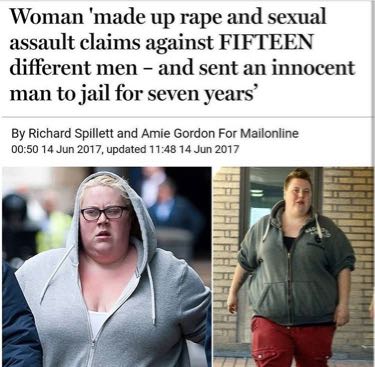 Again far too many women are so delusional and out of touch with reality that they don't even know what reality is because of the fact that for the female mind, feelings, emotions, and dreams ARE reality and nothing else. Women seem to be under the delusion that every single feeling is from the fabric of reality or God himself and that if they felt it then it MUST be true.
This is one of the reasons that women hate fields such as science, math, physics and mechanical engineering because those subjects deal with objective reality which women can't stand and simply does not compute with the female brain because a woman's mind is based on subjective reality almost exclusively; on feelings and whatever emotions or hormones tell them is real or true at that moment.
LEADERSHIP
This is yet another reason biblically why, with few exceptions,  women are almost totally incapable of being put in charge or of making any real decisions because they're simply not created or designed to lead and are virtually incapable of making objective based decisions.
What's more is that most women don't want to make those choices or decisions either. They want men to do it so that they can endlessly bitch and complain when something goes wrong in life, which leads to the real reason that women make false accusations in the first place...
Because they have ZERO sense of responsibility or accountability for their own actions and decisions and seem to be programmed at their core to constantly whine, complain, play the victim and be negative as a rule, and since women are so naturally greedy and materialistic, any chance to get compensated for their imagined slights and so-called rapes is too much to resist.
Even worse is that it makes it far harder for women who are legitimately raped to be taken seriously. Unfortunately, that's what happens when, as a sex, you do nothing but complain about everything as part of your existence. You eventually get tuned out for crying "wolf" far too many times.
-------
Related - What Men Know that Women Don't- How to Love Women Without Losing Your Soul        YouTube

Comments for "A Reader Red-Pills Men About Female Nature "

Many of my women friends and acquaintances do love THINGS. They love to show off their 'stuff ', pay an enormous amount of attention to the way they look, and judge other people by their appearance, their material possessions. In short, they are extremely shallow, superficial, envious, jealous, greedy and, of course, catty and gossipy.

Of course, not all women are like that. Many are much worse. Cruel, perfidious, calculated, cold emotionally, self-centered, self-serving bitches who do not love anybody, even themselves.

Some women are pretty 'normal' though, and, luckily, I know a few like that.

I hope I am one of them. Although sometimes I have my doubts, but at least I am aware of my flaws, and I do try to change them. I guess that counts for something:).

Too many truths here to count.

What is missing, however, is that today's women are out of place and out of control for the single reason that controlled government not only condones these destructive female traits, that God kept at a minimum by making woman the subservient sex, but that the controllers PROMOTE THEM IN EVERY POSSIBLE MANNER against the edicts of God. The basically satanic controllers understand how easily women are controlled by playing with their fragile egos. Beginning with Eve in the garden.

Everything is said in a few words.

How the use of these characteristics to destroy society in the natural order (Decalogue) by giving them power is much deeper and subtle than one might think at first sight.

I grew up with a wicked mother and it took me years to uncover her treachery toward me and mankind. I was able to uncover it by pursuing integrity and the need for my inner soul to match my outer appearance and to have no hypocrisy. It was very hard work though because my mother was very smooth in her appearance to the world.

This article describes my mother. Two Bible verses helped me. Ecclesiastes 7:28 says, "while I was still searching and not finding - I found one upright man among a thousand, but not one upright woman among them all."

Proverbs 20:30 says, "This is the way of an adulterous woman: She eats and wipes her mouth and says, 'I have done nothing wrong.'"

I knew my wife for 8 years in an exclusive relationship before we were married. I wanted to go slow and take my time. During that time she was amazingly supportive in everything I did, whether it was writing, research or exploring America. She was always ready and eager to be at my side, loving and supportive. After we married, that rapidly changed. She became possessive and jealous of other women. It bothered her that I still looked at an attractive woman as if it were somehow more "natural" to pretend I did not notice.

It just makes me wonder what "marriage" does to the minds of some women... I believe in the marital commitment, but I do not see why this "state" of mind should change the relationship in a negative way. She also has anger issues that surfaced after 8 years... so it isn't like I was not cautious. Just fooled again...

Men and women have swapped mental roles. Men have become more like women. Women have become more like men. Men are submitting to their “female” side. Women, to offset this vacuum of masculinity, have begun acting out of their “male” side. It’s not good. In fact, it’s a disaster. Men do not make good women and women do not make good men. We are both operating out of our weaker natures. Men have no aptitude for the finer nuances of domesticity. Women do not understand the finer nuances of the “hunt”. We have crippled ourselves. We'’re eating soup with a fork. We'’ve tied our families into knots.

The feminization of human society began 8000 years ago when we abandoned hunting and gathering for the joys of agriculture. The “King” was the first feminized man. He wore dresses, garnished himself with jewelry, perverted the hunters into soldiers to guard his castle full of stuff, and all in all behaved just like a woman. He was rich and powerful –which women admire. And he set a feminized, materialistic standard for what men should be like.

By destroying the family feminism threw the door open for the corporate conquest of our lives. By marginalizing family and church values, a vacuum was created whereby corporate values became ascendant. Our kids’ brains are boobed out

When you've been raised on Hollywood movies and notions of chivalry, this is all hard to swallow, but facts are facts. We're witnessing cognitive dissonance on steroids from women today. They're literally generating hallucinations to rationalize their own sick behavior.