A Reader Protests "Sex Bingo" at His Campus 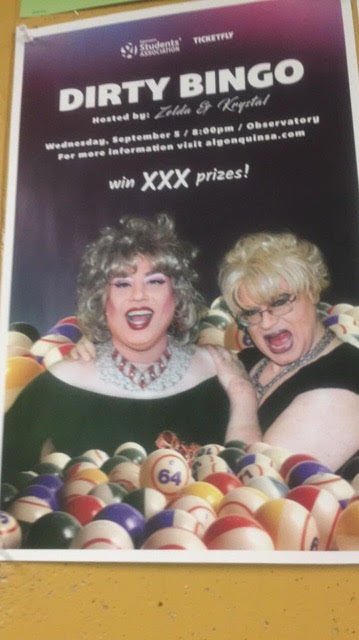 In a satanic cult, values are inverted and depravity is normalized.
A henrymakow.com reader sent the email below to
the President of Algonquin College in Ottawa to
protest a sex bingo and another sex-oriented event
on campus. Sex bingo, held at many schools, is like regular bingo,
except a drag queen is the caller, dildo-shaped markers are used,
and the prizes are sex toys, like vibrators.
Generally, gender dysphoria and sexual mayhem are
promoted by the Illuminati bankers who control the West.
(Please forward this email to President Cheryl Jensen)
Hello,
I am a full-time student at Algonquin College Woodroffe campus [Ottawa]. Every day while walking through campus on my way to classes I am faced with flyers advertising sexual content. Of particular concern are the flyers promoting the events of "Dirty Bingo" and "Everything You Want To Know About Sex".
I am saddened that the Students Association promotes these events and that college administration allows it. Does Algonquin administration not consider the young demographic and how inappropriate it is to advertise these events? Impressionable youth straight out of high school between the ages of 17-19 should have to accept this as a normal part of campus life?
I recommend the College look into the link between pornography consumption and sexual crime on campus, and realize that by allowing these events, they are promoting an environment and campus culture that is not safe. 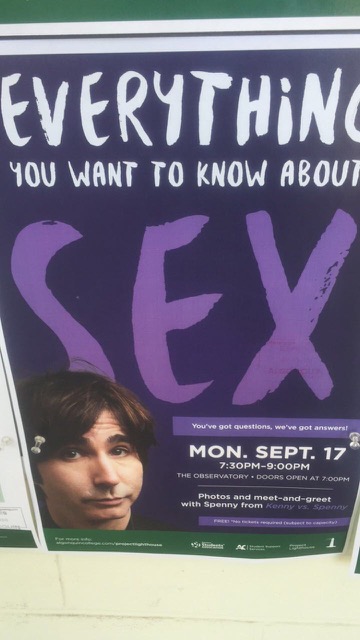 "A 2011 study published in Sexual Addiction & Compulsivity analyzed the effects of pornography use on sexual attitudes and behaviors of fraternity college men. It found that 83% of those who used "mainstream" pornography expressed greater intent to commit rape, should they be assured they wouldn't get caught... it is vital to recognize that porn culture is feeding the rape culture on college campuses, in our communities, and in our homes." (Hawkins, Executive Director of the National Centre on Sexual Exploitation, 2016, Huffington Post)
It can be argued that these events are not pornographic in the sense that they are not visually stimulating; however, I would argue to the contrary -- an event such as "Dirty Bingo" that rewards participants with sex toys ("XXX Prizes") is directly supporting and promoting pornographic consumption on campus.
It is unfortunate that such license is permitted and that students have to pay thousands of dollars for an education while also being bombarded with this. Perhaps the slogan of the college should be changed as I certainly don't feel as if the College is concerned with "Caring, Learning, Integrity and Respect" as it allows this to proliferate unchallenged.
I look forward to your response.
Sincerely, Concerned Student  [Editor's Note- I am withholding name]
Good morning
Thank you for your email and for bringing forward your concerns.

(Algonquin College President, Cheryl Jensen. Feminists are the kapos and commissars in the NWO)
I will share your comments with the President and the Vice President Student Services (who is the Executive Sponsor for the Students' Association) for their review and consideration concerning next steps.
I will ask that a formal response be sent to your attention in the next few days.
Regards,
Tracy
Tracy, Director, Office of the President
Algonquin College | 1385 Woodroffe Avenue | Room C520 | Ottawa | Ontario | K2G 1V8 | Canada
First Comment: 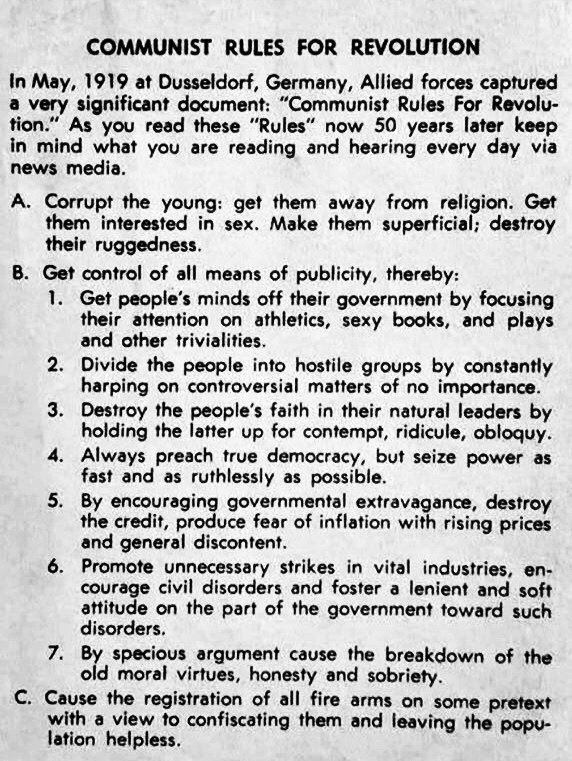 David C writes:
I was motivated to do a search on Portlandd state university sex", after reading your article today about "sex bingo on campus".  One of the first hits I got was this: https://studybreaks.com/college/sex-worker-outreach/
Apparently, PSU is supporting students who make money as sex workers.  https://studybreaks.com/college/sex-worker-outreach/
While I can understand public services helping those people, which already happens here in Portland, I hadn't known about PSU supporting students making a living in the "sex worker industry" (prostitution).  This is just another example of how young people are having their sexual moral beliefs programmed by public 'education'.  It begins at a very young age, when pre-adolescent children are taught about every conceivable kind of sex act, along with information about gay and transgender lifestyles, even before they become sexually active themselves.  WTF are they thinking?  Even worse, they have a "satan club" here in the Portland Public School (PPS) system, as after school 'club' for the kids, where they do...what exactly?  Worship Satan I assume, and maybe practice what they learned in their sex education classes?
Public education is being used to induct children into a satanic lifestyle, as is the rest of the "Matrix".  There are far more homosexual and transgender people now, because that kind of lifestyle being promoted by the matrix, including Hollywood movies and television, along with the internet's world wide web (of control?), and perhaps most powerfully - by music.  Satan really is "prince of the world".   It's important to stay positive during these "end times", and remember that the "beginning times" are rapidly approaching.  When we can access everything happening in the world in our homes, including many horrible things, that makes it difficult to cope with the insanity, which continues to escalate by the day.  It's important to keep a good attitude, and think good thoughts, because that's what creates our reality.   "Nature bathing", as the Japanese call it, is very important.  I'm taking a long walk with my dog tomorrow, getting out into nature, which also gets us away from all the microwave pollution, which has gotten so bad I'm planning on moving out of the city soon.
Cheers!

Comments for "A Reader Protests "Sex Bingo" at His Campus"

Thanks for the rant. I do believe that prayer does move "mountains." At least it is something the average person can do without resorting to violence.

When I read articles like this I get angry; not at the libtards, but at the so-called conservatives for tolerating such nonsense. I quit college because of the teachings of communism and evolution. Now, itâ€™s that and LGBT crap. Anyone who goes to college deserves what they get. I remember when I walked off of the campiss (misspelling intentional) never to return again. I did just fine in my careers and I had no student loans. Life it too short for this kind of bullshit. How can normal people endure such perversion?

Itâ€™s time to push back and stop being so polite. Writing letters does nothing. Just slam the door in their faces.

The purpose of all of this sexual freedom pushed on us is to stain our future leadership. These feminists know what they are doing and what they can bring up in future years. The worst are the pictures. Many of our young people have taken naked pictures of themselves and basically, once that happens, they will never enter politics again.

Here in America, gullible parents mortgage the future by plunging their impressionable offspring onto a lifelong debt hook to obtain a worthless degree from some recognized "institution of higher learning" that promotes the same crap as Algonquin College. Student loans are one of the biggest financial bubbles in the US, and the high-paying white-collar jobs that universities lure families onto that debt slavery just aren't there when the kids graduate with a B.A. in photojournalism, sociology or feminist studies. I've tried to counsel other parents about accredited online alternatives to the traditional brick-and-mortar 4-year insane asylums that practice indoctrination and political correctness over the acquisition of skills to lead a productive, successful life. This is the deliberate dumbing-down and disintegration of the West and it's happening right before our eyes.