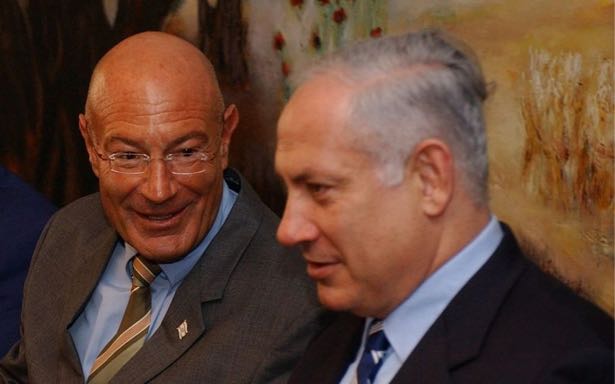 Arnon Milchan, 73, left, is fondly described by his brethren as Israel's "James Bond". He was handsome, highly intelligent and backed by unlimited resources, with a Hollywood producer title as cover. He is reportedly worth $3.6 billion.
By Bojack
henrymakow.com
Arnon Milchan is a name you may know if you are a follower of all things Hollywood and the who's who behind the scenes. More likely than not, you might simply know Milchan's Academy of Arts and Sciences award-winning body of work; The Revenant, Twelve Years a Slave, Argo and Birdman. These are among his notable productions at his Regency Enterprises film production company. Other notable productions include the highly popular Pretty Woman, Fightclub and Oliver Stone's JFK. His upcoming film, Bohemian Rhapsody, will be the life and death story of the Queen frontman Freddy Mercury.
At one time his films were outlandish in cost but feeble in profitability. In my opinion, his cinematic career is merely a cover for sinister activities and always has been.

In 1983, Milchan was suspected by the FBI of smuggling American nuclear "krytron" triggers. One year later, he was off to Rome producing the Robert De Niro flop Once Upon A Time In America. That particular cinematic train wreck grossed a measly U.S.$5.3 million, but cost $30 million to produce. His films up until that point fared no better at the box office.

Though he was a suspected arms dealer, Milchan had the ability to carry large feature film production equipment, world-famous actors and film crews across borders around the globe unfettered. This speaks volumes to the true power that was financing his operation...the government of Israel. Haaretz even described Milchan as Israel's largest arms dealer and Milchan was once hired by Raytheon, the giant U.S. defense contractor. https://www.haaretz.com/.premium-did-hollywood-help-israel-buy-arms-1.5292948

A former business partner, Richard Kelly Smyth, at MILCO, was arrested by U.S. customs for the nuclear detonators, but Milchan was never charged by then FBI director, and current Homeland Security Advisory Council Chair, William Webster. Webster, 94, also had a stint under Poppy Bush as Director of Central Intelligence. Richard Kelly Smyth was released on bail and soon fled the country with his wife and they remained at large until captured in Malaga, Spain in July of 2001, after Smyth applied for Social Security benefits. https://en.wikipedia.org/wiki/1985:_The_Year_of_the_Spy#Richard_Kelly_Smyth 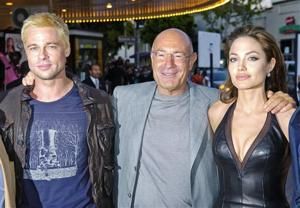 Milchan was deeply involved with LAKAM, a covert "Israeli science bureau" outfit created by Israel's Likud party. He primarily used this position to set up straw accounts most notably, with his business partner and current Prime Minister of Israel, Benjamin Netanyahu, at MILCO. Netanyahu at the time was also a rising star in the Jewish state's many clandestine and highly illegal activities, but the ultimate goal seemed to be building Dimona; Israel's secretive nuclear weapons facility. https://www.theguardian.com/world/2014/jan/15/truth-israels-secret-nuclear-arsenal

Milchan was the confidant of Shimon Peres and now Benjamin Netanyahu. According to the book, Blumberg taught Milchan how to establish front companies and secret bank accounts to launder millions in commissions obtained during LAKAM and Mossad transactions. Milchan encouraged Smyth in 1972 to incorporate MILCO to share profits on export sales with his Tel Aviv-based Milchan Brothers company. Milchan Brothers, involved in concrete, plastics, and explosives, received purchase orders from Blumberg and sent them via secure telex to Smyth.

Milchan was once hired by the government of South Africa to "put a nice face on apartheid". His movies were still considered garbage and were universally panned by most critics at the time. His first production starred the legendary British actor Richard Burton, sloppily had boom microphones showing in some scenes. 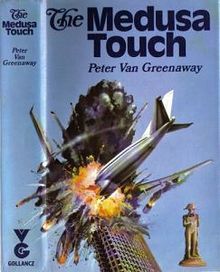 In what could hardly be considered art, "The Medusa Touch" (1978) featured the horrific sight of a fully loaded Boeing 747airliner crashing into a tall building. A true cinematic first for moviegoers. This suggests Michan according to Christopher Bollyn, knew about the 9/11 plot decades before the event. http://bollyn.com/israeli-prescience-of-9-11-and-the-fraudulent-war-on-terror/

Arnon Milchan has since gloated he was in fact a spy for Israel. He is proud and he knows he is untouchable. Israel's secretive nuclear arsenal, now pointed at the world, would not exist, at least in its current capacity, without him. https://en.wikipedia.org/wiki/The_Samson_Option:_Israel%27s_Nuclear_Arsenal_and_American_Foreign_Policy

Besides illegally supplying Benjamin Netanyahu with Champagne and U.S.$6000 a month worth of Cohiba cigars, what has Arnon Milchan been up to lately? https://www.haaretz.com/israel-news/milchan-netanyahus-demanded-cigars-and-champagne-1.5487962  Besides winning numerous Oscars, his latest venture, innocently called "Baby First", is a children's television program aimed at the 0-3 year old set and is conveniently available in six languages. Hebrew, curiously isn't one of them.

Why wasn't this pos and Bengy NutsAndYahoo EVER ARRESTED for this treason?