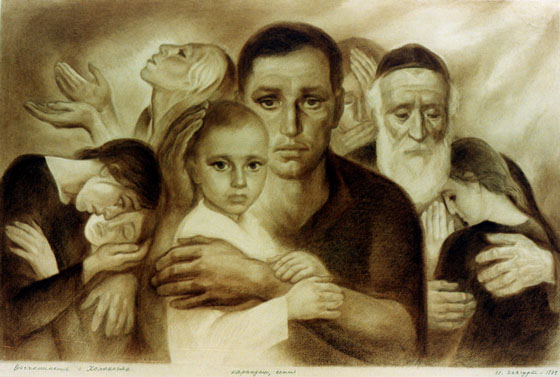 (Jews do not want to understand that Judaism sets them in opposition to the rest of humanity)
"The vast majority of quite ordinary Jews, who would normally behave in quite ordinary ways, are misled by this largely fictional history, and rather understandably become greatly outraged at all the horrible things that had been done to their suffering people, some of which are true and some of which are not, while remaining completely ignorant of the other side of the ledger."  Ron Unz (Jewish software entrepreneur)
This excerpt shows why Jews are clueless about anti-Semitism.
Judaism is defined by Cabalism, which is Satanism and Communism.
They are dedicated to supplanting God with their representative, Lucifer.  The inverting of reality: Sick is healthy, ugly is beautiful, lies are true
and war is peace. Using Freemasonry, the destruction of Western Christian civilization is approaching a climax.
The Nature of Anti Semitism
by Ron Unz
(Excerpt by henrymakow.com)
The striking decline in Solzhenitsyn's literary status in the West came just a decade or two after an even more precipitous collapse in the reputation of David Irving, and for much the same reason. Irving probably ranked as the most internationally successful British historian of the last one hundred years and a renowned scholar of World War II, but his extensive reliance on primary source documentary evidence posed an obvious threat to the official narrative promoted by Hollywood and wartime propaganda.
When he published his magisterial Hitler's War, this conflict between myth and reality came into the open, and an enormous wave of attacks and vilification was unleashed, gradually leading to his purge from respectability and eventually even his imprisonment. 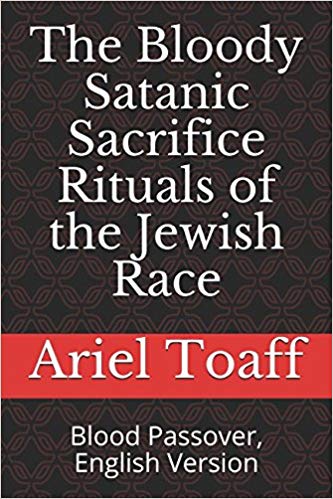 Similarly, Israeli academic Ariel Toaff, son of the chief rabbi of Rome, was regarded as one of the world's leading scholarly authorities on Medieval Jewry. But when he published his remarkable 2004 analysis suggesting the likely reality of the Jewish ritual murders of Christian children throughout history, the resulting media firestorm forced the cancellation of the book's publication, and the work only survives in samizdat form, while there were even calls for his arrest and incarceration.
In other cases, pressure from the ADL and similar Jewish activist groups have led Amazon to completely eliminate entire categories of historical analysis and ban those publishers who produce such works, which drastically reduces their availability to the reading public.
All of these cases were the sort of high-profile examples which are well-known to anyone who pays attention to such matters. But surely there must have been many other incidents, involving far less prominent authors, which never received any significant media coverage, and also a vastly larger universe of cases in which writers have self-censored their texts in order to avoid such controversies. Over the decades, I have gradually discovered through sad experience that I must exercise extreme caution whenever I read anything relating to the subjects of Jews, Judaism, or Israel.
These important examples may help to explain the puzzling contrast between the behavior of Jews in the aggregate and Jews as individuals. Observers have noticed that even fairly small Jewish minorities may often have a major impact upon the far larger societies that host them. But on the other hand, in my experience at least, a large majority of individual Jews do not seem all that different in their personalities or behavior than their non-Jewish counterparts. So how does a community whose individual mean is not so unusual generate what seems to be such a striking difference in collective behavior? I think the answer may involve the existence of information choke-points, and the ability of relatively small numbers of particularly zealous and agitated Jews in influencing and controlling these.
We live our lives constantly immersed in media narratives, and these allow us to decide the rights and wrongs of a situation. The vast majority of people, Jew and Gentile alike, are far more likely to take strong action if they are convinced that their cause is a just one. This is obviously the basis for war-time propaganda. 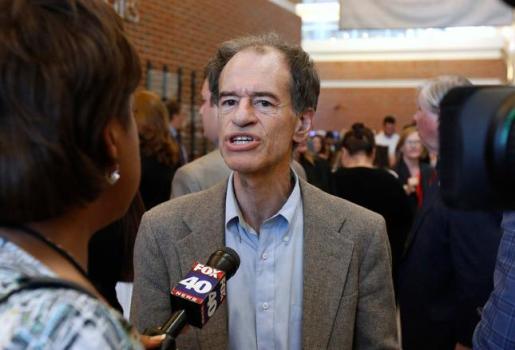 (left, Ron Unz)
Now suppose that a relatively small number of zealous Jewish partisans are known to always attack and denounce journalists or authors who accurately describe Jewish misbehavior. Over time, this ongoing campaign of intimidation may cause many important facts to be left on the cutting-room floor, or even gradually expel from mainstream respectability those writers who refuse to conform to such pressures. Meanwhile, similar small numbers of Jewish partisans frequently exaggerate the misdeeds committed against Jews, sometimes piling their exaggerations upon past exaggerations already produced by a previous round of such zealots.
Eventually, these two combined trends may take a complex and possibly very mixed historical record and transform it into a simple morality-play, with innocent Jews tremendously injured by vicious Jew-haters. And as this morality-play becomes established it deepens the subsequent intensity of other Jewish-activists, who redouble their demands that the media "stop vilifying Jews" and covering up the supposed evils inflicted upon them. An unfortunate circle of distortion following exaggeration following distortion can eventually produce a widely accepted historical account that bears little resemblance to the reality of what actually happened.
So as a result, the vast majority of quite ordinary Jews, who would normally behave in quite ordinary ways, are misled by this largely fictional history, and rather understandably become greatly outraged at all the horrible things that had been done to their suffering people, some of which are true and some of which are not, while remaining completely ignorant of the other side of the ledger.
Furthermore, this situation is exacerbated by the common tendency of Jews to "cluster" together, perhaps representing just one or two percent of the total population, but often constituting 20% or 40% or 60% of their immediate peer-group, especially in certain professions. Under such conditions, the ideas or emotional agitation of some Jews probably permeates others around them, often provoking additional waves of indignation... 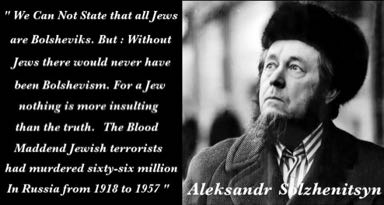 A cohesive, organized group generally possesses huge advantages over a teeming mass of atomized individuals, just as a Macedonian Phalanx could easily defeat a vastly larger body of disorganized infantry. Many years ago, on some website somewhere I came across a very insightful comment regarding the obvious connection between "anti-Semitism" and "racism," which our mainstream media organs identify as two of the world's greatest evils. Under this analysis, "anti-Semitism" represents the tendency to criticize or resist Jewish social cohesion, while "racism" represents the attempt of white Gentiles to maintain a similar social cohesion of their own. To the extent that the ideological emanations from our centralized media organs serve to strengthen and protect Jewish cohesion while attacking and dissolving any similar cohesion on the part of their Gentile counterparts, the former will obviously gain enormous advantages in resource-competition against the latter.
Religion obviously constitutes an important unifying factor in human social groups and we cannot ignore the role of Judaism in this regard. Traditional Jewish religious doctrine seems to consider Jews as being in a state of permanent hostility with all non-Jews, and the use of dishonest propaganda is an almost inevitable aspect of such conflict. Furthermore, since Jews have invariably been a small political minority, maintaining such controversial tenets required the employment of a massive framework of subterfuge and dissimulation in order to conceal their nature from the larger society surrounding them. It has often been said that truth is the first casualty in war, and surely the cultural influences of over a thousand years of such intense religious hostility may continue to quietly influence the thinking of many modern Jews, even those who have largely abandoned their religious beliefs.
The notorious Jewish tendency to shamelessly lie or wildly exaggerate has sometimes had horrifying human consequences. I very recently discovered a fascinating passage in Peter Moreira's 2014 book The Jew Who Defeated Hitler: Henry Morgenthau Jr., FDR, and How We Won the War, focused on the important political role of that powerful Secretary of the Treasury. 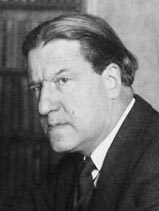 (Rabbi Stephen Wise, 1874-1949. Lies and slander used as a cudgel by organized Jewry. Kavanaugh is just the latest example.)
A turning point in Henry Morgenthau Jr.'s relationship with the Jewish community came in November 1942, when Rabbi Stephen Wise came to the corner office to tell the secretary what was happening in Europe. Morgenthau knew of the millions of deaths and the lampshades made from victims' skin, and he asked Wise not to go into excessive details. But Wise went on to tell of the barbarity of the Nazis, how they were making soap out of Jewish flesh. Morgenthau, turning paler, implored him, "Please, Stephen, don't give me the gory details." Wise went on with his list of horrors and Morgenthau repeated his plea over and over again. Henrietta Klotz was afraid her boss would keel over. Morgenthau later said the meeting changed his life.
It is easy to imagine that Morgenthau's gullible acceptance of such obviously ridiculous war-time atrocity stories played a major role when he later lent his name and support to remarkably brutal American occupation policies that probably led to the postwar deaths of many millions of innocent German civilians.
------------------
Related- Jews Don't Know that Cabalist Judaism is Satanism

The jewish Religion is an accursed Religion for those that practice or follow it. Jesus the Christ tried to expose their falsehood and practices and they hated him with a passion, even to the point of death. They invoked that Curse on themselves when they openly advocated: "Let his (Jesus the Christ) blood be on us and our children" (Mat.27:25), when they demanded Jesus to be crucified. But in order to hide that Curse, the followers of that Religion have throughout history pursued positions in the society they lived in, that would earn worldly respectability or even admiration, e.g. financial market, academic, law, medical, business, etc., but even that did not atone for that Curse as history has shown. They even entered, by deception, Christian institutions in order to bring about a merging of their Religion (Judaism) with that of the Christian Religion. However, they forgot, God the Father will not be mocked. They will not escape their eternal punishment when the time comes. In order to escape that Curse, I would advise any of their followers to leave that accursed Religion behind and never look back.

Be Blessed in Jesus name,

I just read your article about the Toaff book and found it on Amazon.