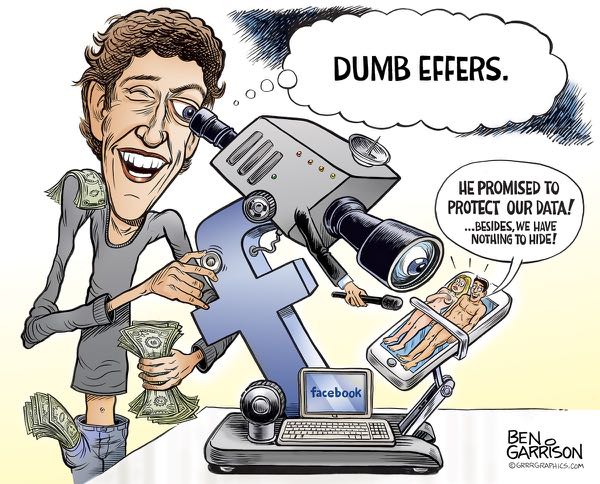 We tend to see Facebook in terms of their left-wing bias. For example, they recently scrubbed "proud boy" accounts while letting Antifa function with impunity. But this is part of a much bigger picture in which Facebook has been criticized for allowing the site to be used for many nefarious causes.
For example, it was used to stir up hatred against the Muslim minority in Myanmar which led to genocide. It was also used to instigate the "Arab Spring" for the Muslim Brotherhood. A former employee of the Russian "Internet Research Agency" in St. Petersburgh confirmed that Russians used it to advance their political interests in Ukraine and to help Trump get elected. During his campaign, Trump had held out an olive branch to Russia, which has turned out to be an outright lie.
Russia trolls are engaged in a campaign to demoralize Americans, a longtime Communist goal. Maybe not so much has changed there.
Cambridge Analytica used FB data to help Trump's campaign target specific voters with $100 million worth of ads. Needless to say, FB did not discourage this bonanza even though the data breach was not authorized. Until recently any developer could access everyone's personal information.
Facebook has about 40,000 employees and the majority are now engaged in trying to ferret out these "bad actors."  Facebook executives were interviewed and most of them are millennials in over their head. They are mostly interested in increasing "engagement." More "polarization" has this effect. Before becoming the brunt of criticism, Facebook touted itself as a technology company, and not a media company. It was loath to interfere with free speech. Obviously, they have had to change.
Facebook started as a way to help Harvard students get laid but Zuckerberg soon realized he was sitting on a gold mine.  Zuckerberg, 34, is worth $53 billion. Like liberals everywhere, he shrouds himself in piety and self-righteousness. He claims the goal is to make the world  "a more connected and open" place. That means it's really about money. 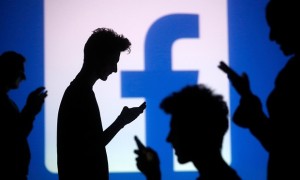 Mark Zuckerburg has created a monster. Billions of people are addicted to a surveillance and manipulation machine.
A powerful weapon, FB can be used for good or bad. But who decides?
--------
Related- Social Media Monster
-----FB loses a million European Users in last 3 mos

Zuckerberg (like Gates and Jobs et al) have been trumpeted as genius innovators but in reality, are money loving, competition-crushing sellouts to the 'Agenda'.