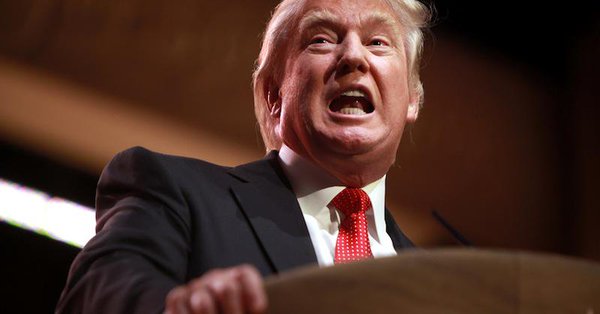 The SVR is the Russian CIA. This excerpt which claims Wikileaks is a Russian operation details Trump's ties to Russia and their opinion of him.
It debunks the notion that Trump is a Russian asset. They regard him as unstable and unreliable.
But it does describe a kind of collusion. So what? Why shouldn't Russia support a pro-peace candidate?
In this report, Putin attributes anti-Russian agitation in the US to "right-wing groups" which is clearly disinformation. George Soros is hardly right-wing.  (I'll let you decide if this report is credible or disinformation.)
"It was our experience with Mr. Trump that by supplying him a number of beautiful Russian women, he became besotted and was willing to agree to almost any proposal presented to him."
"Then on November 12th, 2013 Trump posted a link to the Moscow Times, remarking that his organization was working on building a luxury hotel in Moscow "@AgalarovAras I had a great weekend with you and your family. You have done a FANTASTIC job. TRUMP TOWER-MOSCOW is next. EMIN was WOW!"
This hotel deal was finalized during Trump's weekend stay in Moscow for his Miss Universe pageant. At the Four Seasons Hotel at Ulitsa Okhotnyy Ryad, 2, a private meeting was held between Mr. Trump and President Putin. As the President is fluent in English, no other person was present. President Putin praised the business abilities of Mr. Trump and said that he would be a "refreshing person" as President of the United States. President Putin said that his people would be pleased to support Mr. Trump and that if this support was deemed material in achieving a victory, President Putin had one request to make of Mr. Trump. President Putin said his best wish was to establish "friendly and cooperative attitudes" by both parties, firmer business contacts and an abandonment of the policy of threats to the Russian Republic.
President Putin stressed that certain very right-wing groups in America had been constantly agitating against him and against the Russian Republic and he hoped that Mr. Trump, if elected, could ignore these few people and work with, not against the Russian Republic. Mr. Trump repeatedly assured the President that he would be most eager to do just that and he agreed to work with various people in the United States who were friendly towards and had connections with, the Russian Republic.
This most important conversation was recorded as a form of kompromat. And it is certain that a direct quid pro quo took place in November of 2013 between President Putin and Mr Trump.
On June 16, 2015, Mr Trump announced his candidacy for President
The methodology of Russian assistance: 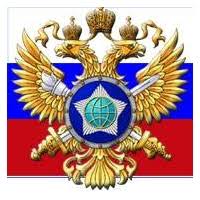 (SVR Emblem)
The SVR has often sent intelligence officers to branches of the New York Public Library, and other public libraries, where they obtained access to the Internet, via library computers, without revealing their identity.
They placed propaganda and disinformation to educational websites and sent e-mails to US media. It is a fact that the alternate internet site, WikiLeaks, is entirely controlled, out of Sweden, by the SVR and that they use this front to release genuine information to address issues they consider important to influence.
The articles or studies were generated by Russian experts who worked for the SVR. The purpose of these active measures was to whitewash Russian foreign policy, to create a good image of Russia, to promote Anti-American feelings and "to cause dissension and unrest inside the US.
The materials used to support the candidacy of Mr. Trump were a series of emails from, and to, the Democratic National Committee which were perfectly genuine but selected to bring discredit on the campaign of Ms. Clinton. This material was part of a trove of such material obtained by an American domestic intelligence agent and sold to Russian interests.
In June of 2016, Mr. Trump's son, Donald Trump Jr., Mr. Trump's son-in-law Jared Kushner, and his presidential chairman Paul Manafort met with a Russian lawyer when they were told the Russian intelligence had acquired highly damaging information concerning Mrs. Hillary Clinton, the Democratic Party candidate.
Russian property developer, Aras Agalarov had arranged this meeting. Subsequently, the information gleaned from this meeting was given to Aras Agalarov from Russian prosecutor-general Yuri Chaika.
Because the Trumps, both father and son, were not discreet, the American Central Intelligence Agency, who were subjecting both Trumps to surveillance, learned of some of the contacts with Russian government personnel and one of their internal memos spoke very disparagingly of these contacts. 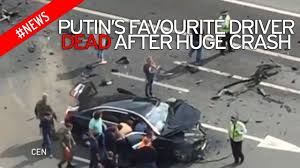 Then, on September 6, 2016, there was an arranged accident in Moscow in which an oncoming vehicle was suddenly controlled to swerve across the median and collide with a State-owned BMW used by President Putin. The driver of the Presidential car was killed instantly. As the President was known to have been in China for the G20 summit meeting, the arranged accident was not an assassination attempt but meant as a clear warning to the President to abandon his activities in support of Presidential candidate Trump
It is known that the CIA has developed the methodology of controlling the speed and direction of a moving vehicle via its onboard computer system.
Messaging from the CIA section in the American Embassy in Moscow were intercepted and decoded by Russian intelligence that clearly indicated the reasons for the arranged accident.
Evaluation of Mr. Trump as an asset for Russian interests  (ÐžÑ†ÐµÐ½ÐºÐ° Ð³-Ð½Ð° Ð¢Ñ€Ð°Ð¼Ð¿Ð° ÐºÐ°Ðº Ð°ÐºÑ‚Ð¸Ð²Ð° Ð´Ð»Ñ Ð¸Ð½Ñ‚ÐµÑ€ÐµÑÐ¾Ð² Ð Ð¾ÑÑÐ¸Ð¸)
Russian intelligence has had an interest in Donald Trump since the year 1977 when we received an alert from a sister unit in Prague.
He was described as an impressionable young man with large ambitions and money from his family real estate business.
His marriage to a Czech woman whose father was an element in that countries' intelligence agency brought him to our attention and we went to some lengths to ascertain his potential value for Russian interests.
The initial impression of Mr. Trump was that he was extremely self-important and egotistical to a remarkable degree.
As our first hand knowledge of him progressed it became evident that Mr. Trump fancied himself as a man to whom beautiful women were attracted.
That they were attracted to his money is more evident.
Although it is true he is a person with whom one could establish good business contacts, Mr. Trump was, and is, an overbearing and intolerant person.
He is subject to mood-swings in that what is acceptable today is not tomorrow.
He is easily led by women to whom he is initially very attentive and once he feels he had their purchased loyalty, proceeds to turn his attention to other women.
It was our experience with Mr. Trump that by supplying him a number of beautiful Russian women, he became besotted and was willing to agree to almost any proposal presented to him.
As a businessman, Mr. Trump is erratic in the extreme. He owes very large sums of money, for example, to the Deutsche Bank, sums he somehow forgets to pay. He also owes large sums to Russian banks but in this case, he dare not neglect to pay.
Although he and President Putin got on well together, Mr. Trump's promises ought to be taken very cautiously.
Mr. Trump is so convinced of his superiority to others and so easy to influence that promises to one person could easily be forgotten when making identical promises to another.

His current wife, Melanija Knavs, has produced a son and this boy, quite attractive, is the idol of his mother. She has stated to one of our people that she is not happy with her marriage because of her husband's constant, and often very obnoxious, pursuit of other women and does not want her young son to associate with his father lest he hear Mr Trump's constant flow of foul and obscene language or see him grab at some woman's breasts.
She planned to divorce him and take her son back to Yugoslavia but the scandal would do so much damage to Mr. Trump's public image that she was dissuaded from divorce by the payment of a large sum of money and promises on the part of Mr. Trump to let his wife rear and be responsible for his son.
Insofar as his use to Russian interests, this is problematical due to Mr.Trump's disturbed personality. He does recall, however, that we released unpleasant material about Mrs. Clinton and that the same sort of material could very easily be released about him.
On the one hand, he has no problem taking Russian money for his businesses but on the other, he is susceptible to pressure from American power groups such as the Christian religious sector, Jewish groups and the military which have virtual control of current American politics and governance.

The article is not truthful in many statements Mr Putin is controlled by the same people who own trump ,many of your previous articles thru out the years actually show how Putin is also their man , this game he said she said is being played over and over with many minions of the real controllers which you also had articles about , I will let Christâ€™s words end my comment about these two and the others ( You are either with me or against me , both of these men are against Christ ) so on with the game which many poor souls do not even understand there playing, best suggestion Pray .

Well, Henry, this is a good description of Trump's personality but it doesn't take a CIA to know that. He's so obvious it would be impossible not to know it. The cabal has reached a low of having to use an amoral, criminal minded, selfish, lunatic as front man these days. Fits right in with the talmudic/caballa bunch.

I believe most of this article here. President Trump and Vladimir Putin both have the same enemy.
True, George Soros is not right wing, he's an ultra left wing non-government official (NGO) with an anti-nationalist agenda.

Russia, China, Israel, and America are still nation states with nationalist leaders and all are world powers.
It's sad was has happened to England, France, Germany, and now Canada. Their installed NWO leaders have successfully dismantled their countries and have made them irrelevant as major powers. They are multicultural states without an identity or cause.

This NWO agenda is a loser for all nations who participate.