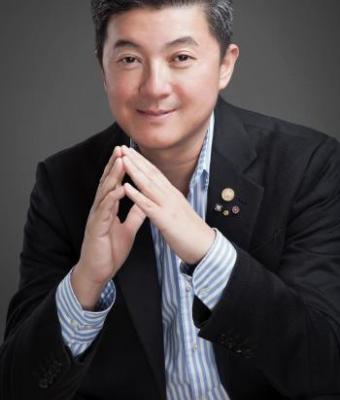 Is Zhang Shoucheng's "suicide" related to China-US tensions?
by Brabantian
(henrymakow.com)
Westerners sometimes claim that 'innovation genius' is especially a trait of European-heritage or Jewish people, who so far lead numbers of scientific Nobel Prizes etc - whilst hard-working East Asians are stereotyped as excelling more at imitation, more clever manufacturing, etc, rather than originality.
But clearly, East Asians and others, also have great technological geniuses - who ultimately represent a threat to USA-Nato-Five-Eyes economic, military, and political dominance.
And one of those great geniuses, a Chinese, may have just been assassinated, to try to set back Chinese advancement. Officially a 'suicide', this death is curiously linked to the shocking and arguably illegal and immoral, arrest of Meng Wanzhou in Canada. https://www.henrymakow.com/2018/12/-was-huawei-exec-arrest.html
This late deceased genius was a Shanghai-born physicist, Stanford Professor Zhang Shoucheng, 55, whose work in quantum physics was expected to revolutionise the global semiconductor industry. Zhang was seen as a likely future Nobel Prize recipient, and already held the Buckley Prize, Dirac Medal, Europhysics Prize, Physics Frontiers Prize and Benjamin Franklin Medal.
Zhang was also chairman of 'disruptive technologies' Digital Horizon Venture Capital (DHVC - Danhua), a company in the umbrella of those seeking to give Chinese tech a leading role in the world.
Blogger Anatoly Karlin notes that a few curious facts are being widely shared in China: http://www.unz.com/akarlin/connecting-the-dots-in-the-huawei-kidnapping/
- April 2017: A director of Chinese tech giant Huawei personally escorted famed Prof. Zhang from the latter's hotel in Shenzhen.
- Dec. 2018: Prof. Zhang and Meng Wanzhou were both expected to attend a dinner in Argentina, where the G20 summit was being held.
- 1 Dec. 2018: On her way there, Meng was arrested in transit by the Canadian government.
- 1 Dec. 2018: Prof. Zhang fell to his death from a building in the US, allegedly a 'suicide'. Officially 'suffering from depression', Zheng was only 55 and on the verge of his perhaps greatest successes.
With all this perhaps deadly, but certainly aggressive, hostility in the 'trade war' between the US and China, a big puzzle remains -
Why is the USA's biggest and richest political king-maker, Israeli-American Sheldon Adelson, allowed to continue earning more billions in his gambling casinos in Macao, China, without any fuss? When Adelson with all his connections, could probably pull enough political strings to end the Meng Wanzhou extradition request?
China's government oddly seems to leave Adelson alone ... but then, it turns out, there is a long history of Jewish involvement in China's communist leadership. https://www.henrymakow.com/2018/12/Neocon-Jews-Behind-Chinese-Tech.html