Is Director of Gillette Toxic Masculinity Ad a Lesbian? 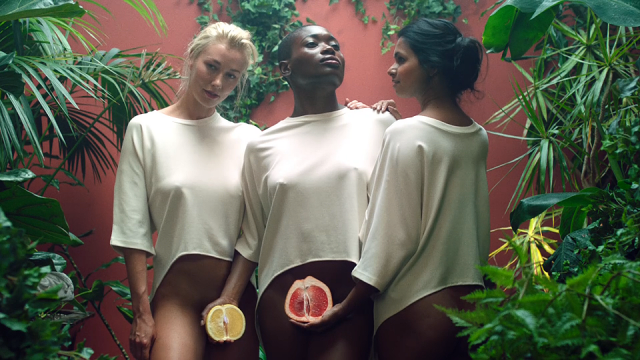 Libresse, the feminine hygiene brand who shocked many with their #BloodNormal campaign last year, is back with a lighter tone and far more fun in this new spot from Somesuch director Kim Gehrig with post by Time Based Arts.
According to the release, the goal of the ad is "to contribute to a more open culture where women can feel proud of what they have, can feel OK about talking about their genitals, and can care for it without feeling ashamed."
But such ads tend to demystify and degrade women in the eyes of men.
Kim Gehrig who Gillette selected to direct the first commercial in a series making heterosexuality a pathology is a single mother and given her hatred of men and fixation on female genitals, likely a lesbian.
Below, a Reddit contributor looks at her anti-male work.
Happily, men no longer are tolerating this attack on masculinity which originates with the Illuminati bankers. "A brainwashed emotionally weak feminine man is much easier to control than a masculine independent man."
Gillette's Rationale
"On the 30th anniversary of its famous tagline "The Best a Man Can Get," Gillette is taking a fresh look at what it means to be "the best."  The company is introducing a marketing campaign and charitable program dedicated to celebrating the stories of men who are making a positive impact and inspiring other in the process.
The program-leading short film, entitled "We Believe," was developed by Gillette's global advertising agency Grey and directed by Kim Gehrig of production company Somesuch. It showcases Gillette's POV of how we can work together to set the right example for the next generation of men and take positive actions that push back against bullying, sexual harassment and the "boys will be boys" mentality, changing the culture of "toxic masculinity."
Additionally, Gillette has committed to donating $1 million per year for the next three years to non-profit organizations executing programs in the U.S. designed to help men of all ages achieve their personal "best," changing the conversation of modern manhood for generations to come."
Reddit Post by "Transparent"
This is the first time I post here. I've been following the MGTOW philosophy and I've decided to be on my own 2 years ago after a break up with my ex with whom I lived with for 9 years.
(Ad stigmatizes male overtures to women as crude and offensive)
The Gillette ad started out with the recent video depicting men as the only source of male violence and the only ones who can stop it. Especially in relation to how men treat boys.
This, of course, ignores the facts that 1) women commit most infanticides and 2) women are more aggressive to children and 3) a lot of boys are raised by single mothers and never see their fathers.
So, after watching this massive piece of crap, I looked into who was behind this stupid idea for a marketing campaign. Kim Gehrig was the Director who thought this was going to sell more razors to men. 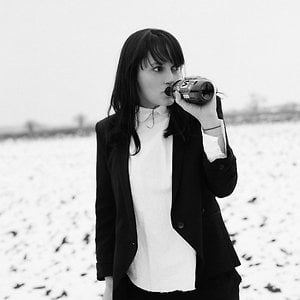 (Gehrig, left)
I went and looked up her recent work. I was not surprised. And I'll post some examples of how she views men and women.
1st video: "Womankind"   Just watch the message, the words, and you'll find out pretty quickly that, in her world, women have no agency and are only the object of oppression (by men, we suppose). When talking about bras and breasts, she puts a radical feminist message - through words - on top of the image and sound.
2nd video: "You think you're a man"
This was made to address the rise in the use of steroids (or alcohol related violence according to a different source) in Australia, apparently. But how does she think those numbers are justified? Unemployment? Depression? Divorce? Increase in the cost of living in general? Women? Motherhood (single mothers)? Nahhh! Of course not.
The reasons, in this video, are: 1) Fathers that hit their children (boys) and 2) boys that are bullies.
You don't see a single female in the video who interacts with the victim. Not one. It stinks of misandry.
3rd video: "Uber - effortless night"
Well, here everything is straight forward. The ideal "man" for her is the soy-boy dude from the video, who's made fun of by the girl, treated like a joke, behaves like a stupid kid and is called a "man".
__
This is all, I guess. Maybe it's not interesting for you, maybe it is. I was interested to know who was behind the Gillette ad and I found exactly what I expected.
She's talented as a director, no doubt. But her views about men and women are fucking ridiculous and clearly from a radical feminist
Cheers.
---
Related- Jewish Ad Agency Behind Hate Campaign
Makow -Vagina Monologues - Illuminati Porn Goes International
Piers Morgan Slams Ad
Ad Backfires Spectacularly

Comments for "Is Director of Gillette Toxic Masculinity Ad a Lesbian? "

I suspect that shaving has been a tactic against masculinity for thousands of years. There is no benefit to shaving and it distorts God's creation.

Did you see the last boy in the screen shot ! Looks like a girl

Ya' know, when all this crap about "Oh. the poor misused women" started after WW2 and men started dropping out after some criminal judge handed a greedy divorcee everything the ditched man had worn himself out to acquire for them as a family, plus pauperizing the man's future by stealing most of his pay and handing it to the selfish ex, who usually already had another man in her bed; more and more men began making statements such as, "Screw women, that's all they're good for anyway."

Now, thanks to miseducation and catered selfishness and greed as a life object of many women, these "feminists" have made such statements literally true. Do they really think men cannot figure out their total self-interest and thus simply use them as they use men?

They really are good for nothing else. Is any normal man really as selfishly calloused as a woman who murders her own unborn child for the sake of mis-considered convenience? What sort of man wants to bed such a self-centred murderess?

Most of today's women, western women anyway, are totally screwed up because they have no clue of what a woman actually is. They keep chasing rainbows that have nothing whatever to do with being a woman and wonder why they are never satisfied. The criminal courts and insane universities are doing no one any favours with this ludicrous, totally insane and obviously satanic garbage mislabeled "feminism," especially not women.

As you consistently note in these articles, "feminism" is an agenda to destroy the family, the rock foundation of civilization the existence of which depends totally on God the Creator's principles. Women deprived of family cannot exist as women as that is what they were created to sustain. Family is the very heart of women; without it they have no true reason for their existence, no focal point for their lives.

Never in all of human history was there a time where mass and mass instant communication existed as it does today - telephones, radio, television, newsprint publications, "academic" writings, e-mail, twitter, f/b, 'social media', online publications of all sorts, etc., and etc.

Has any "identifiable group", other than boys and men, received such mass local and worldwide disdain, derision and utter contempt before and especially during our common era of instant communication? Name one, lurking doubters.

And, at the same time, lurking doubters - how dare you and others collectively treat defenceless boys and little boys in these such heinous of manners as mentioned above and discussed in this online publication? This ain't over yet and countless people have much to answer to.