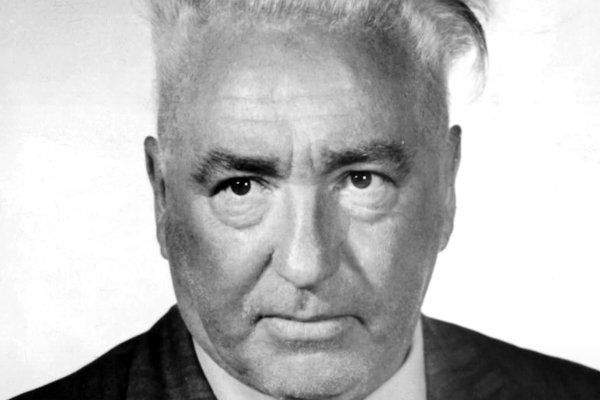 Ken Adachi's website educate-yourself.org has been a beacon to
truthseekers for decades. Here Ken responds to my article
Wilhelm Reich: Martyred Genius or Pervert?
He says, "Reich was the modern era discoverer of Orgone energy,
which is VERY real and animates every living thing on earth."
by Ken Adachi
(henrymakow.com)
While Reich's early years focus on "liberating" sex attitudes, is not necessarily something I would endorse, I wouldn't characterize his life work, his greatness as a compassionate human being, and his stunning triumphs in scientific discoveries as a minor footnote to a career that was otherwise dominated by changing society's sexual attitudes, breaking up the nuclear family, and a SATANIST to boot?? What nonsense.
Reich's greatness is from his GREAT LEAPS forward in scientific discovery.  The Freud years were just a rocky beginning for a precocious youth to an otherwise fruitful and productive life whose output has AIDED humanity to no small measure - and on many fronts. 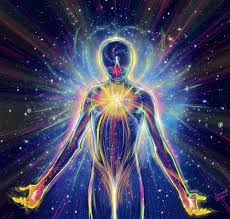 Reich was the modern era discoverer of Orgone energy, which is VERY real and animates every living thing on earth; from plants to microbes to humans. Without it, you'd drop dead in an instant. It comes from the sun and can be measured and detected with the simple methods that Reich utilized to measure it. It is the Life Force that allows plants to grow and allows us and animals to grow from eating those plants (or the flesh of animals who ate those plants). Reich was a GOOD man and to castigate him as Evil incarnate is just dead wrong. READ his books on orgone (The Cancer Biopathy and The Function of Orgasm) and tell me he's a Satanist!
I knew Trevor James Constable quite well. He reproduced Reich's experiments with the cloudbuster and proved that everything Reich claimed about atmospheric orgone energy was true and accurate. Trevor, like Reich, could turn rain - on and off- at will with a cloudbuster.
In 2001, Don Croft took Reich's cloudbuster idea and immersed the pipes in a bucket of fibreglass resin, metal shavings, and quartz crystals (orgone generator) and made the first CHEMBUSTER -  which will break up and disperse chemtrails -because chemtrails are held together by DOR energy (the NEGATIVE polarity of orgone energy).
We'd have a LOT more chemtrail overcast skies here in North America if it wasn't for Wilhelm Reich and Don Croft. There's a LOT more that could be said of Reich's greatness, beyond the piddly little portion I've mentioned here.
---
Note- Much of Reich's work, along with that of Dr Ruth Drown, are examined at great length in Trevor Constable's outstanding 1976 book called the Cosmic Pulse of Life. Found online at this website:
https://tuxdoc.com/download/the-cosmic-pulse-of-life-trevor-james-constable_pdf#download-require
Trevor's influence from Reich is covered in these articles:
https://educate-yourself.org/tjc/
Related-
How to make a Chembuster:
More on "orgone generators" here:
James DeMeo's Orgone site
Makow Note-   It appears that Reich was jailed, and possibly murdered because he had broken with the Comintern, and equated Communism with Nazism. Communist agents in the US banking elite were instrumental in his persecution. (Martin, Wilhelm Reich & the Cold War. 2014)
First Comment from TK
I appreciate so much your willingness to host a debate on Wilhelm Reich, a complicated, courageous and intense man.
Before making any final judgement about him, I advise reading his book "Listen, Little Man". It's a short book, but full of accurate observations of humanity, as relevant today as when it was written in 1946. Here is one quote:
""It is high time for the living to get tough, for toughness is indispensable in the struggle to safeguard and develop the life-force; this will not detract from their goodness, as long as they stand courageously by the truth. There is ground for hope in the fact that among millions of decent, hard-working people there are only a few plague-ridden individuals, who do untold harm by appealing to the dark, dangerous drives of the armored average man and mobilizing him for political murder. There is but one antidote to the average man's predisposition to plague: his own feelings for true life. The life force does not seek power but demands only to play its full and acknowledged part in human affairs. It manifests itself through love, work and knowledge."
I find it so ironic that people reflexively become suspicious of anything outside their belief system.
A belief is something the mind makes up about what it does not KNOW.
Until one experiences the benefits of one's own life force, Reich will seem like a charlatan, a "pervert" (ironically, that's what he was called back in his day by the government and contemporary fake press).
Until then, the "armored average man" will continue to be manipulated by those who DO understand the life force, but subvert it to their own selfish gain.
Doubt me? Read "Think and Grow Rich" by Napoleon Hill, who interviewed all the robber barons of the last century, who freely shared that they sublimated their own sexual chi/prana/orgone to create their wealth-- undoubtedly stealing the orgone of innocents in the process-- does anyone really believe that adrenachrome is a myth, or some newfangled craze?
Thanks again for being able to hold multiple points of view in your mind at the same time-- a rare gift these days.

Comments for "Ken Adachi - In Defence of Wilhelm Reich "

I confirm all that said Ken ADACHI about the orgone energy which is none other that the 'hyperspace' energy for scientists i.e the Infinite Consciousness (GOD).

In the US, James DeMeo (a mainstream scientist) and his orgone lab has been investigating the work of Wilhelm Reich and confirmed the true existence of orgone energy.
I have translated for him in French one of his main book "The Saharasia"

Concerning the 'chembuster' I confirm that such a device is operational on an about 20km squared area to make the chemtrails disappear... but if you operate with one you will be sure to have rapidly a black helicopter which will fly over its spot to identify the source.

I have to agree with Ken on this one Henry. The way Reich was abandoned and left in prison to die much like Nikola Tesla tells me the elites hated him. This is not the way approved elitists are treated. I would go so far as to include Stanley Meyer and Royal Raymond Rife in this list of suppressed scientists. It's really starting to leak out now, the lengths these durty bastages will go to prevent ANY truth from coming out.