War is the Biggest Boondoggle 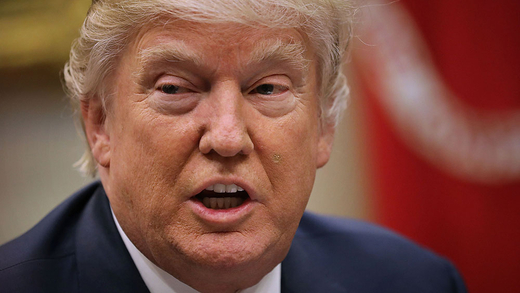 Trump is a born demagogue.  After delivering a belligerent speech (below) Thursday, war stocks responded accordingly (above).  Frankly, Trump sounded drugged. His heart wasn't in it. He knew he was betraying his campaign promise to follow a rational foreign policy.
The best guarantee of peace is an effective nuclear deterrent and good relations with other countries. But there is no money in that. When will governments fund projects that actually benefit their citizens? Like a border wall? Isn't that defence? Notice the Demon-rats are not objecting to missiles. The US "Defence" Budget is $750 billion, more than the next 14 countries combined. Clearly, "Defence" like "health care," is a lucrative racket.
Source    Breitbart.com
He said foreign adversaries, competitors, and rogue regimes are steadily enhancing their missile arsenals, increasing their lethal strike capabilities and focusing on developing long-range missiles that can reach targets within the U.S. 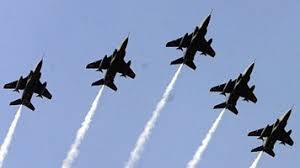 "As President, my first duty is the defence of our country. First duty: the defence of our country," he said. "I will accept nothing less for our nation than the most effective, cutting-edge missile defence systems. We have the best anywhere in the world. It's not even close."
He said the new plan calls for six major changes in missile defence policy.
First, it calls for 20 new ground-based interceptors at Fort Greely, Alaska, and new radars and sensors to immediately detect foreign missiles launched at the U.S.

Comments for "War is the Biggest Boondoggle"

Well, well, it appears that in spite of the almost total media blackout to the general public, Putin, in his revelations last March, actually did get the U.S. government (the military anyway) to pay attention to Russia's modern military capabilities.

But Trump is, as usual, all bluster as U.S. technology has no chance of catching up in his tenure even if he is installed for another four years. Moreover, Russia, China and probably Iran already have the capability to destroy any satellite of any kind. They don't even have to blow them up, they can easily just shut down their capabilities such as they did (twice) to the USS Donald Cook and reportedly also to one of our super aircraft carriers, all of which are today nothing but giant targets with no real defenses against a plethora of modern weapons those nations possess in ever growing numbers.

The Rothschild neocons can forget about using the U.S. and other "western" military to control the world. Ain't gonna happen that way. Their "best" accomplishment will be the total nuclear destruction of at least the west. A win only for their real boss, the devil.

I just did a Google search, using "Western technology being transferred to China," and got "About 135,000,000 results (0.53 seconds)." And as Brendon O'Connell has irrefutably documented, much of this ongoing transfer of Western technology to China is being done by our "ally" Israel. It is absolutely incredible, therefore, that, other than O'Connell, none of the commentators in the online alternative media are mentioning this ongoing treason. WTF?

He forgot to mention the weather that 'they' control.

And the biggest boondoggle is the banking system and the corrupted and confused culture that it has spawned.