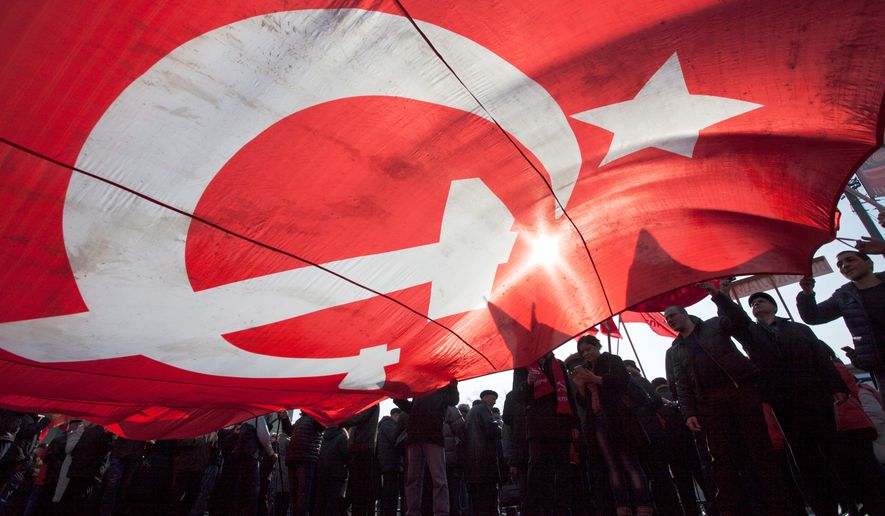 We think of the NWO as something being
imposed on us. More accurately,
the wraps are being removed on
something that already exists.
Western society is de facto
Masonic - Communist & Zionist
And what rough beast, its hour come round at last,
Slouches towards Bethlehem to be born?
Yeats  - The Second Coming
by Henry Makow PhD
Corporations taking a political stand, the same stand is unprecedented.
What does it mean when Fortune 500 companies attack our gender, race and national identity with one voice?
Gillette tells white men that their masculinity is toxic. Nike rewards Collin Kaepernick for dissing the national anthem. Banks promote racial and sexual minorities in their hiring and their commercials.  Suddenly dozens of commercials normalize miscegenation and mixed-race families.
Blue-chip corporations boycotted North Carolina because the governor would not let trannies in women's bathrooms.
What does it mean when companies put social engineering ahead of profits?
It means one thing. Corporations are all controlled by the Masonic Jewish central banking cartel. Before they just had to finance the two political parties to provide the appearance of democracy.  Now they must promote the Communist (Illuminati) social agenda themselves. This agenda requires that the white goyim be stripped of their human identity and re-engineered.
Harken to these key words spoken in 1937 by Illuminati insider and Soviet Commissar Chaim Rakovsky. Communism and capitalism are one in the same - they are both monopoly capitalism:
"In Moscow, there is Communism: in New York capitalism. It is all the same as thesis and antithesis. Analyze both. Moscow is subjective Communism but [objectively] State capitalism. New York: Capitalism subjective, but Communism objective. A personal synthesis, truth: the Financial International, the Capitalist Communist one. And above all, 'They.'"
"They" are the Masonic Jewish bankers whom he names. In other words, in the USSR the "State" owns the corporations as a front for the international bankers. In the West, capitalism fronts for international bankers. In both cases, the international bankers control the "means of production."
All that remains is to formalize this arrangement. For this, we have the famous 1953 statement by Rowan Gaither, President of the Ford Foundation, to Congressional investigator Norman Dodd.
Mr. Gaither said: "Mr. Dodd, all of us here at the policy-making level of the foundation have at one time or another served in the OSS [the Office of Strategic Services, the forerunner of the CIA] or the European Economic Administration, operating under directives from the White House. We operate under those same directives...The substance of the directives under which we operate is that we shall use our grant making power to so alter life in the United States that we can be comfortably merged with the Soviet Union."
[President Eisenhower was the first President to sign agreements in 1958, at the peak of the Cold War, with the Soviet Union. These agreements related to education, space, the arts, medicine, etc.] 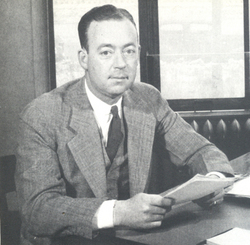 (Gaither, 1901-1961)
Stunned, Dodd finally replied, "Why don't you tell the American people what you just told me and you could save the taxpayers thousands of dollars set aside for this investigation?" Gaither responded, "Mr. Dodd, we wouldn't think of doing that."
INDUCTION INTO SATANISM
On so many fronts, society is undergoing this induction into Communism. I'll just mention a few examples.
Banning criticism of Israel and Jews. ("Antisemitism" which is really resistance to Communism.) It was illegal in the USSR too.
The persecution of Christians and the promotion of everything else, including Satanism.
The way Russia and the US neatly traded places in terms of the protection of traditional values like race, religion, family, patriotism AND FREEDOM.
The abandonment of normal immigration procedures and border defences. The use of migrants from the third world to fragment society.
The loss of free AND CRITICAL cultural expression. If it's not "politically correct," a Communist Party term, it doesn't get promoted and seen.
The blatant Satanism and sexual depravity in music, TV and film.
The destruction of higher education.

The total abdication of journalistic principles, common sense and dignity by the liberal news media.
The fact that the Yellow Vest protests aren't being covered means the world media is controlled by the Rothschilds.
Did I mention the abandonment of honesty, common decency and democratic principles by the Left?
Rituals of denunciation, banishment and contrition for people who offended PC, sometimes decades ago.
The promotion of gender dysphoria to pre-puberty children in public schools.
And of course the behaviour of the corporations mentioned above.
CONCLUSION
As I have said, the root of the problem is that a small group of private bankers create the medium of exchange ("currency" really fairy dust)
in the form of a government debt to themselves, something governments could do themselves debt-and-interest-free.  Communism is the extension of this Masonic Jewish credit monopoly to a monopoly over everything: wealth, power, information, culture, belief.
Since these bankers are Satanists (Cabalists) this involves the induction of humanity into their cult. But don't celebrate. Satanic cults are based on exploiting their members by corrupting, perverting and making them physically sick.
This is the state of Western society today. What is happening with the Yellow Vests in France is a harbinger of the future everywhere in the West. They created the surveillance state because they foresee having to impose their Communist tyranny by force.
We look to Trump and nationalist parties for a reprieve from this tyranny. But how can we trust someone who is constantly making Masonic hand signs, and has close ties to Chabad and Israel?
We can't.
----------------------------------
Related - Feminism was Created by the US Communist Party
----------------   Bella Dodd- The NWO is Communism
First Comment from X:
I read your site on a (more or less) daily basis. Concomitant with your Twitter feed, it is an acceptable aggregation of ((news)).
I walk - fly - drive - sail across this "((globe))". I have seen the same redundant reiteration of life across the world, regardless of where my boots touch the pavement.
Despite your parentage, you do - in fact - present (more or less) factual information.
But it means nought.
In five years (more or less), the USA will descend into chaos. The flames in Europe will cripple the Old Order for the last time. A Black Female (the inverted, demonic antithesis to Man) will be crowned as the ((god)) of the masses. CERN will open the portal into Hell.
Understand - I've seen too much shit. The "banality of evil" flourishes in a 90-degree twist to reality. The "world" as we see it is an illusion. It is a false consensus imposed on Man in place of reality, which in turn blinds us to the concepts of Creation. We do not see. We cannot see.
I know from where I speak.
God help us all.
----
KEN ADACHI IS NOT IMPRESSED:
That First Comment from (("X")) is such a contemptible load of bombastic swill and defeatist crap, that I'm beside myself with anger. The first half is devoted mostly to insulting you:   :
(1). His EXcellency allows that your 'aggregate ((news))' is "acceptable", and 'present (more or less) factual information'  (2). "DESPITE YOUR PARENTAGE"
"I have seen the same redundant reiteration of life across the world, regardless of where my boots touch the pavement."
As if his "boots" and this STUPID sentence had some meaning, value, significance, relevance or purpose to the subject under discussion - other than highlight his cynicism. His choice of words like "redundant reiteration of life" tells me loud & clear that this guy is a defeatist cynic from the Get Go.
3. But, unfortunately,  your work, your writings, your influence and your web site for ALL these many years, amounts to "nought"
Why?
Because His EXcellency has decided that 1) the USA will dissolve into chaos in 5 years, 2) a Black female will become "((god))" of the masses (Michelle?) and 3) CERN (greatly overrated) will open the Gates Of Hell.
Right.
Of course, "we" do not see and cannot see; so, therefore, it's All Over for Us.
And in case you hold any doubt about this calamity that's just over the horizon:
"I know from where I speak. God help us all."
Right. :

Great article today and I must say unfortunately I believe you are exactly right about Trump. You are a critical thinker and critical thinking is one of the greatest enemies the Illuminati has. I want to encourage you-you are performing a service to mankind that we cannot get anywhere else.

Hi Henry, It was Lord Victor Rothschild who in the 1930s collected a group of Homosexuals

Drunkards and ner do wells, and gave them leters of introduction to the Intelligence world the BBC and anywhere where they could be blackmailed to serve the cause of Communism

Aleister Crowley who with Winston Churchill both 33rd-degree masons helped put these Homosexuals called the Apostles into places of power, to instigate a war with germany, we read that soft socialism would be the thin edge of the wedge to get communism to the west.

Rootyhschilds words were prophetic " by the year 2000 Britain will be communist, it may not be called that but thats when it will be " Dementiev said that "communism was the means and the method to put the money and power of the people into the hands of the few"
So what do we see in the UK now ?

Think you own your children? you do not the state can come any time and take them away and they often do and they farm them out to homosexual couples who have no children of their own.

The real reason for the yellow vest movement in France is against immigration, our own governments are killing us off in favour of the newcomers your government is people trafficking into your country, on the orders of Mr Rothchild.

I do believe what has been written will come to be and nobody can stop it either. Biblical prophesy always has and will continue to be fulfilled.

All forms of man-made government have failed in the past. There have been prosperous times and not so prosperous times throughout history but all the nations who have abandoned God have suffered severe punishment in the end. There are no exceptions to this rule.

There can be no happiness without the grace of God and breaking his commandments can only guarantee our demise.