"An overdose of red pills."
From Ken Adachi:
Thomas Paine interview with Lionel Nation
Thought this guy was great and dropped a lot of Good News bombshells.
You will notice that this guy says something that I've mentioned in the past. The power of the optimistic mindset - even among a small minority - can move the equation in your favor if you get enough people THINKING and PROJECTING along the same wavelength. You can make reality conform to your WISHES if you get enough people THINKING in the same way. If they can get everyone to THINK Gloom & Doom, then that's what you'll get.
I'm certain that Trump will win in 2020. He's going to trounce Bernie and JWO "Beto" too. For females, the Indian Princess will probably try again and who knows who and how many others in the Dem Primary? Wouldn't it be funny if even AOC ran? You will help greatly by laying out the Red Star bio of Comrade Bernie, who I just heard on the radio today getting waves of cheers from the lemmings glued to every lying word. I'm going to enjoy seeing the look on his face when the election results come in, in Nov 2020.  .       . 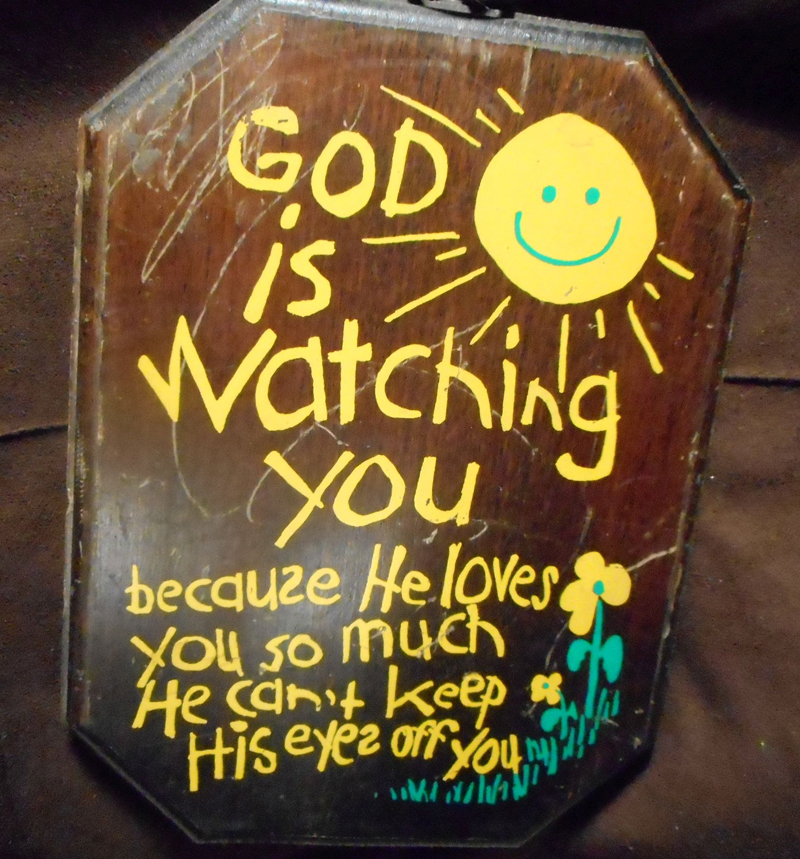 The last point to make touched on by the Thomas Paine guy linked above is: the internet allows anyone to make serious money from his keyboard selling anything whether service or product. They can predict an economic bust, or dollar crash or any other Doomsday scenario until they're blue in the face. People no longer have to depend on a factory job, because anyone can earn a living with an internet connection. New people, new ideas and fresh dynamos will surface with each passing month and things may go from very dark to very bright in the blink of an eye since the creative impulse is much more powerful than the destructive polarity of the Dark Side.
Don't be surprised to see GOOD things unfold in the next year and beyond. Remember, we've got friends in High Places. I inherited a plaque which I keep on the pegboard behind the workbench in my garage that says "God is Watching You - becauze He loves you so much, He can't keep His eyez off you"  It makes me smile every time I look at it.
I keep it close by because it reminds me of the tender soul from whom I obtained it and the Merciful God who created her and all of us. And moreover, it's absolutely true.