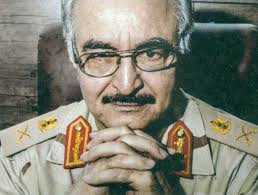 There is no civil war in Libya.

There is the Libyan people

against the terrorist occupiers.

We were doing business in Libya since 2007 January. We made a unique enzyme that rejuvenates oil wells and cleans up sludge pits, cleans out pipelines and tanks and does a whole lot of neat things to oil. We booked a huge amount of business in Libya from 2007 to 2011: 5 billion dollars worth of our product. We signed a JV with the Social Security Investment Fund of Janzour near Tripoli, Libya. We actively began to build a production facility to fulfil these contracts for our enzyme when the so-called Libyan revolution began in February of 2011.

I would like to note that the Libyan people were not in any way extremist Muslims. The part of the Koran that was added by Ayatollah Khomeini talking about killing infidels was thrown out of Libya by Ghadafi because he said it was not part of the Koran. For this, there was a fatwa or death order put on Ghadafi for over 20 years by the radical extremist Muslims. All religions with a book were allowed in Libya. Women were emancipated in the 1970s by Ghadafi. No special clothing were required and all women were highly educated if they choose to be. They were doctors, lawyers, ministers, business owners, or just housewives whatever they decided.

Libya shared ½ of all its oil revenue with its 5.5 million population. All medical care was free, if you could not get the care you needed in Libya then you could travel wherever you needed with a family member and all costs and expenses were fully paid. Education was free and if you wanted to go outside to another University that was paid in full with a stipend.

When a Libyan couple got married they received a $46,000 gift from the government to start their lives. Their first home, a 2500 sq foot condominium cost 10% of their salary for 20 years and then it was theirs. Gasoline was 44 cents a gallon, all utilities were free. If you were hungry and had no money they had huge stores of food where you could get rice, milk, cheese, flour and money to buy meat.

The average salary in Libya was the highest in Africa, higher than China or India at $15,800 a year. If you had a college education and could not find a job you received that money until you found a job. The Libyan people were happy, there was no tax, only businesses had some tax but it was minimal. The government shared the wealth of Libya with its people, there was no taxing of the people to support the state.

There was no reason for a revolution, there were some disgruntled radical Islamists who had tried to enforce Sharia law and radical Islam upon Libya to no avail because they only made up about 3 to 5%. These are the people NATO and the US joined hands with to take over Libya.

In April of 2011 we were invited to travel to Tripoli on an NGO Fact-Finding Commission. We agreed and in May of 2011 we travelled to Tripoli, Libya to take part in this Fact-Finding Commission. We spent a whole lot of time with the Tribes of Libya learning about the truths of Libya and their government. We also were witness to huge war crimes committed by NATO upon the innocent people of Libya. http://libyanwarthetruth.com/who-are-james-and-joanne-moriarty-our-story-intro

The CIA operative Khalifa Haftar is leading the Libyan National Army against the terrorist militias (and mercenaries) who have been occupying and controlling Tripoli for the past 8 years (placed in Libya by NATO). Of course, these terrorists have been continually armed by the western Zionists using Turkey and Qatar.

The Libyan National Army has been embargoed from purchasing weapons for the past 8 years by the UN.  Only Haftar was able to gain weapons (of course).  Haftar would love to be the dictator of Libya but all the Libyan people know who he is and for years have not supported him (he was dropped into Libya from Langley,VA. where he had lived since the 70's working for the CIA) to lead the phoney 2011 revolution.

What has happened is that the Libyan tribes came together and had a reality check about their country. They realized that unless they rid the country of the UN puppet government who has been stealing from Libya and supporting the terrorists to maintain their control, they would never regain their sovereignty. The tribes realized that the only person who will be allowed to cleanse Libya will be Haftar.. so they met with him and he promised he would clean the country and allow a full country election in exchange for their support.  Of course, they know the obvious problems with him.

The Libyan tribes are all behind their army (LNA), most of them have their own armies since 2011 and have sent them to help fight in Tripoli.  Russia has stepped up in support as has Egypt.  Both countries have demanded no outside interference from NATO or other Zionist controlled countries.  Of course, some agreed but still work under the table. Turkey and Qatar are continuing to openly send arms, money and mercenaries into Libya. Egypt has stepped up to help the LNA with some weapons as the terrorists are being armed so brazenly.

There is no civil war in Libya, there is the Libyan people against the terrorist occupiers.  FYI, these criminals who are some part Libyans but many foreigners have stolen so much from Libya that many are now millionaires (some billionaires) where before they were in prison for acts of terror or driving taxi's with 8th-grade education. Meanwhile, the Libyan people struggle with food, water and no medicine.. very sad.

The UN puppet illegitimate (never elected but sneaked in by night and immediately recognized by the UN) government has allowed the theft of Libyan gold by the French, the theft of Libyan gas by the Italians and theft of oil by Israel. Of course the destruction of water pipelines. power plants, refineries, agriculture by NATO has never been repaired.

The Libyans have a saying.. "one by one" this they have applied to Haftar meaning he is the first step; they will worry about the next step after the country is cleansed.  All eyes of many countries are on Libya, as a Zionist victim country now attempting to regain their sovereignty, many countries would like to do the same.  When they win, it will be a big hit on the Zionist cabal.. so we all watch and wait and pray for the Libyan people.

PS we now have a Patreon site with a show every Monday night.  www.patreon.com/JamesandJoAnneMoriarty

This article is a good overview of Libya right now.