I recommend Paul Joseph Watson's video (left)
on China's "social credit" system, which is
Orwell's 1984 on tech steroids.
Like the US, China is Jewish-controlled.
This is a harbinger of our dystopian fate.
by Henry Makow PhD
We already have a "social credit" system -- it's called a credit score. Try to enact any business once you get on the wrong side of the banking system. You will discover you are a non-person.
As Paul Joseph Watson notes, we are witnessing credit creep. Conservatives are being denied access to commerce and, someday even our own "money" as foretold in Revelations. 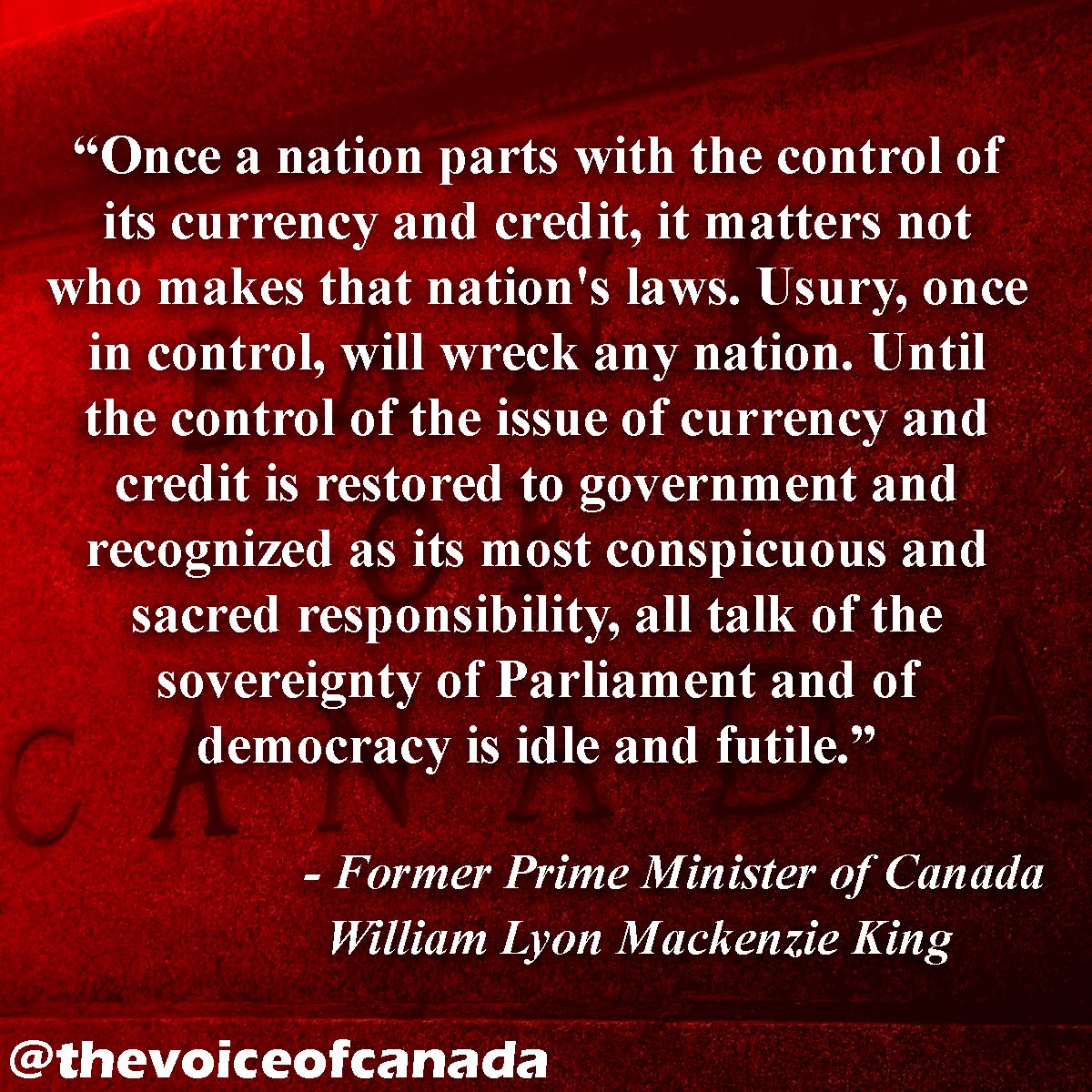 This is the future because social credit is merely an extension of credit. All money is credit extended by the Satanist (Communist) central bank cartel guaranteed by our government.
There are billions of transactions every day. No "money" actually moves. All that changes are digits on a giant ledger kept by the Rothschilds and their franchisees, our banks.
"Money" is actually a mental construct denoting value. Currency is just coupons for this mental construct. It is a medium of exchange which the bankers created in the form of a debt to themselves. Governments could do this themselves without incurring debt or interest.
Money is just a game of "pretending." It runs on "confidence" working only so long as the illusion is maintained. People will accept "money" as long as they know they can spend it.
Essentially, the people who hate us most -- Satanists-- control "credit" the vital lifeblood of society. They are like the sun in our solar system. These crooks have finagled our national credit cards and now must enslave us mentally before we take it back. They distract us with sex and sports and control information and discourse.
Unfortunately, they may also have some occult Jewish Messianic reason for doing this.  Their accomplices are Freemasonry and Organized Jewry expressed as Zionism, socialism, feminism, Communism and liberalism.

The bottom line is that we are their prisoners. They control everything because everyone needs their "sunshine" to survive.  They control the corporations that finance our political leaders, the media, the education system, the legal system, the military etc. This is why we have entered a clown world where common sense, natural law and our heritage are inverted or dismantled.
Just as they are targetting conservatives, they could target society as a whole if it ever mobilized for change. They could figuratively shut off the lights.
In the past, they would get another client state to declare war. Today, they easily could start a financial crisis to punish people for wanting freedom and self-government.
The bottom line is that they must be persuaded to return control of credit to national governments. Will anyone volunteer to negotiate with them?
----
Note: Since so much information is disinformation, I prefer to depend on my intuition. If I am in error, please advise.
Related- Watson - They want to revoke your banking privileges
-----------------------------------Student demand the truth regarding Banking
FIRST COMMENT FROM ALOYSIUS FOZDYKE, ALPHA LODGE, SYDNEY
For a very long time, the (Satanic) Alpha Lodge has used Australia as a testing ground. Australians will have facial recognition system cameras and a social credit system by 2040, but probably well before. Already Perth City Council is installing Chinese manufactured facial recognition cameras. The aim is to revert Australia to a large, open-air prison where Aussies feel safe. New Zealand will also become a Chinese Special Economic Zone because that sounds better than 'colony'.
There'll be hierarchy and order because given the correct stimuli the sheeple will continue to control to themselves. Australia and New Zealand are far too good for human trash and this century has been dedicated to the Chinese Imperium.
RELATED - AUSTRALIA INTRODUCING CHINESE STYLE SOCIAL CONTROL

Comments for "Soon Your "Credit Score" May Reflect Thought Crimes "

There is an episode on Netflix's Black Mirror that is about a woman who lives for social credit, it's a really good show for opening peoples minds IMO. It probably works in reverse and desensitizes, but Makow readers could handle it and see it for what it is. The episode is "Nosedive".

Before China dreamed up this surveillance system Clifford Hugh Douglas developed the economic system Social Credit, also known as Economic Democracy 100 years before. The original "Social Credit" system recognizes that we are legitimate heirs of innovations from the past and co-heirs of the earth's natural resources. It offers the most sensible and elegant solution to the problems we have today. See the website published by Oliver Heydorn or this one by the Pilgrims of St. Michael.

"In the modern economy, most money takes the form of bank deposits. But how those deposits are created is often misunderstood: the principal way is through commercial banks making loans. Whenever a bank makes a loan, it simultaneously creates a matching deposit in the borrower's bank account, thereby creating new money. [Emphasis in original]

"...Rather than banks receiving deposits when households save and then lending them out, bank lending creates deposits."

(From Bank of England Working Paper No. 529. "Banks are not intermediaries of loanable funds--and why this matters", by Zoltan Jakab and Michael Kumhof, May 2015)

In other words, when you get a mortgage or a car or student loan, the money is created out of nothing, as credit, by the lending institution. If you then do not meet the "repayment" schedule, the bank can claim ownership of the house or car or harass you cruelly for the student debt. The bank has done nothing to erect the house or make the car, but through financial finagling it can come into possession of them.

Surely no rational person can perceive this system as being just, or even making sense.

You wrote: “I recommend Paul Joseph Watson's video (left) on China's ‘social credit’ system, which is Orwell's 1984 powered by technology. Like the US, China is Jewish-controlled. This is a harbinger of our dystopian fate.”

I did a survey of the various interpretations of Ezekiel 38-39. I have attached a PDF copy.

In brief, the Khazars are a Turkish-Mongolian people from Central Asia who adopted Pharisaic Talmudic Judaism in the eight century of our era for political reasons, and who later migrated to Eastern Europe. The majority of Jews from Eastern Europe are of Khazar origin and can be identified prophetically as the Magog of Gen. 10:2; 1 Chron. 1:5; Ezek. 38:2 and 39:6.

Given the incredible ongoing business and technological relationships between Israel and China, and given the enclosed documentation to support my theory, I think that the Gog and Magog of Ezekiel 38 stand identified.

Nationalism is the enemy of the international banking cartel monopoly. The true nation-states cannot retain their political sovereignty without the right and the practice of coining their own currency. Abe Lincoln and John Kennedy both knew this and both ordered the printing of debt-free government currency that unfortunately ended with their assassinations.

The NWO is slowly coming into full global fruition which could mean an eventual type of world fiat currency. Digital currency is almost inevitable because there is not enough cash currency in circulation to cover the mega trillion debt numbers.

The Treasury Department has done a good job of not increasing the denominational value of paper money. A 100 bill is still the cap. This is a solid hedge against inflation.

However, once the debt numbers are out of line with circulated cash, like they are now, the days of cash might be going the way of the horse and carriage.

Once the NWO bankers consolidate the control of all the world's currency, political self-determination and sovereignty will be heavily curtailed by their influence.

Actually, the video is wrong in one respect regarding Orwell's 1984. Sure Winston could take a train trip to escape to the forest, but there were (SPOILER ALERT) microphone's there too. It will probably be illegal not to carry a *smart* phone on you anywhere.

I would like to hack into that train carriage's public announcement (denouncement) system with "passenger's are advised that conversations about the Jewish Banksters and their ilk who invented communism and whose system of tyrannical organised anarchy is destroying the world and enslaving all of humanity, will risk having their Citizenship and therefore human rights invalidated, particularly if they mention the word scumbags in describing our secret, non Asian, rulers. You have been warned".

My blood pressure monitor has a female Asian voice that starts off "keep quiet, take measure". It's enough to make my blood boil.

If doomsters (like me) are correct about Fukushima (which Israel blew up) and the air becomes thin as the oceans and forests die , we will need to supplement, all of us, with oxygen from purchased canisters. Keep that credit score clean, and breath easy. Shut up you are consuming precious scarce air. Obey and consume, or die.

In NSW random roadside testing can take your drivers licence away for smoking cannabis weeks beforehand. Cocaine, banksters choice, is not tested.