Our Worst Enemy Controls Our "Money" 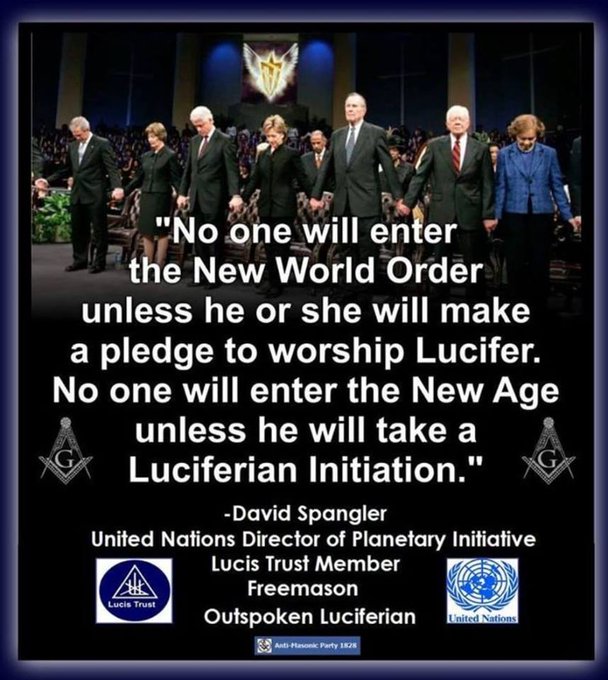 (Left, Humanity is controlled by psychopaths)
There are billions of non-cash transactions every day. Do you think "money"
actually flows back and forth? No, money is a giant ledger kept by the Rothschilds' world central bank cartel and its franchisees.
Tragically, the Rothschilds are Satanists (Cabalist Jews) who wish to leverage this credit monopoly into a monopoly over every aspect of life. They literally want to turn reality upside down so evil is good, sick is healthy, and ugly is beautiful. This explains the vicious attack on race, religion, nationhood and family (gender) ravaging the West.
Author Michael Berg was a Cabalist. Here, he explains, Cabalism (i.e. Freemasonry) hates Christian civilization because it is non-Jewish.  Thanks to banking, we are truly satanically possessed.
Berg: "If you are a non-Jew and are reading this, you may have two choices if they manage to get their way. 1. Convert to Judaism i.e. join the club and save yourself from enslavement 2. Be enslaved, used and abused....."
This is why so many goyim, including our traitorous "leaders," have become "Jewes." Mankind literally is being inducted into this satanic cult.
But don't be too eager to sign up. The goal of a satanic cult is to compromise, exploit and destroy its members.
by Michael Berg
(henrymakow.com)

I am a 33-year-old male, born in Israel to ethnic German parents who converted to Judaism. I now live in Russia with my wife and three little girls.
First of all, I would like to say that Judaism is not a race in the traditional sense but more like a cult. According to Judaism, one can "become" a Jew by conversion and by doing so one can "download" a "Jewish" soul from the divine and become part of the Chosen.
Anyone who isn't brain dead can see that modern Jews are mixed race people.
I left the Jewish identity more than a year ago. After learning about my German - Aryan roots I came to identify first with the White race and then with humanity.
I do not follow cults and religions.
In the following article, I will give some example of Jewish hatred of those who are not part of the "club"..... i.e. non-Jewish humanity.
If you are a non-Jew and are reading this, you may have two choices if they manage to get their way. 1. Convert to Judaism i.e. join the club and save yourself from enslavement 2. Be enslaved, used and abused.....
Yesaiah Tishbi, an authority on the Kabbalah who wrote in Hebrew, said, "It is plain that those prospects and the scheme [of salvation] are intended only for Jews." Tishbi cited Rabbi Hayim Vital, the chief interpreter of Rabbi Luria, who wrote in his book, "Gales of Holiness": "The Emanating Power, blessed be his name, wanted there to be some people on this low earth that would embody the four divine emanations. These people are the Jews, chosen to join together the four divine worlds here below." 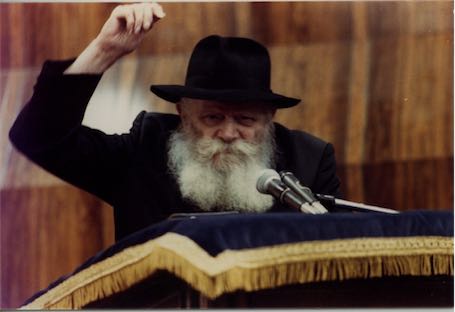 THE 'RABBI'
Rabbi Schneerson views became official, Lubovitch, Hassidic belief. Regarding the non-Jew the Lubavitcher Rebbe's views were clear even if a bit disorderly: "In such a manner the Halacha, stipulated by the Talmud, showed that a non-Jew should be punished by death if he kills an embryo, even if the embryo is non-Jewish, while the Jew should not be, even if the embryo is Jewish. As we [the Talmudic sages] learn from Exodus 22:21, beginning with the words 'and if any mischief will follow, then you shall give soul for soul."

The above-stated difference in the punishment of a Jew and a non-Jew for the same crime is common in the Talmud and Halacha. The Lubavitcher Rebbe continued:

"The difference between a Jewish and a non-Jewish person stems from the common expression: 'Let us differentiate.' Thus, we do not have a case of profound change in which a person is merely on a superior level. Rather, we have a case of 'let us differentiate' between totally different species. This is what needs to be said about the body: the body of a Jewish person is of a totally different quality from the body of [members] of all nations of the world." 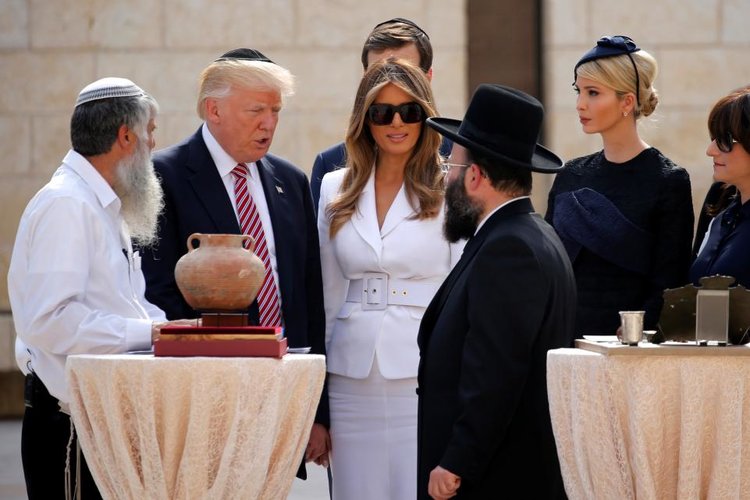 According to the Kabbalah, the world was created solely for the sake of Jews, and the existence of non-Jews was subsidiary. Non-Jews were created to SERVE Jews.
The teachings of the Kabbalah (Zohar etc.), the Arizal, and Rabbi Kook are nothing but hatred of humanity :

The Zohar: "And Elohim said: Let Us make man in Our image, after Our likeness" ...And the sages taught that only the people of Israel are referred to as man, as it is written: 'But you My flock, the flock of My pasture, are men.' That is: You are men, but the idolaters are not, and therefore is it written: 'Let Israel rejoice in his Maker' (Raaya Mehimna on the portion of Pinchas, 238:2).

"Therefore Israel has a psyche, a spirit, and a soul of the Holy...and the Gentiles have only a psyche from the feminine side of the klipot...for the psyches of the Gentiles come from the >klipot called evil and not good, they are made without consciousness - The Arizal: (Heichal Abiya, shaar hakilopt chapter 2).

The ideology of the Rabbis Kook, Chabad and Judaism, in general, is both eschatological and messianic. This ideology assumes the imminent coming of the Messiah and asserts that the Jews, aided by God, will thereafter triumph over the non-Jews and rule over them forever. (This, it is alleged, will be good for the non-Jews.) 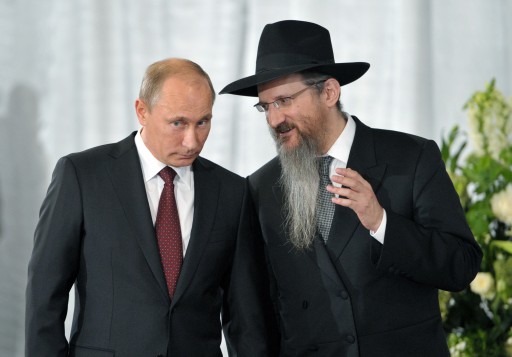 WHO IS THE MESSIAH?

The Messiah is what Christians call "Satan"... And what people who lack religious beliefs like me know as Communism.  One World Government in which they enslave humanity is something like Communism.

Sadly, we are heading towards global communism faster than most of us are even aware. Only that this time the Gulags won't be just in Siberia and the former USSR - their previous Zionist creation...

Just Beware, Trump and Putin are both Chabad members and Freemasons!

-----------------  Russia Demands Return of Schneerson Texts
An example of how "Conversion" Works - Antisemitism Czar Wants Germans to Wear Yamulkes so Jews Feel Safer
First Comment from Doug:
I'm very surprised that Noahide didn't get a mention in this article. Becoming Noahide is how people become a "sub-Jew" by swearing to follow the Noahide laws, which are subjective and purely statutory - very very dangerous laws.

Comments for " Our Worst Enemy Controls Our "Money" "

Reading these few comments it truly shows me and probably others that few understand what happen to the USA and the world, what till the big wake up call comes to late then God Bless Henry

This stuff sounds like racial supremacy to me. I use to read some of those books mentioned here out of curiosity, not knowing what I was really reading. They seemed on the occult level to me and I quit reading them.

In case you haven't noticed the American public is not as civilized and sympathetic as it once was when practicing Christianity was a major part of it's culture. I'm sure the same can be said of Canada and Europe.

The Cabalist influences in media and culture is taking it's a toll on people. It seems that something is missing out there today that once was and has left the public full of anxiety and discontent.

A Golden Calf type of idol is now ruling their hearts and minds. And, this is where a lot of the emptiness and frustration is coming from.
Without the love of God in a person's heart, it's all downhill.

A few years ago I was being given a ride by a "friend" whom I now believe is a Freemason. He had tried to help me in several ways for about ten years and I had shared many a burden with him and talked with him almost daily. We had disagreements on theology and politics etc. but I was willing to overlook all that.

Then in the car during a drive he and his wife asked again why I hadn't taken advantage of welfare during a very critical time in my life when I was short of food. I replied that I had a deep concern for my nation's debt and could not despite the exigency. He replied sharply that government debt was none of my business.

We were on a freeway otherwise I would have simply gotten out of the car. It was the last time I talked to him other than a 10-second convo to get the name of something. In brutal language people hate their nation (I could say "they simply don't care about..." but I'll go with the stronger word based on the thinking we either love or hate). As long as people's stomachs are full, c'est la vie. Few people think about tomorrow and their future progeny and the country they'll have to live in. We should be very concerned about our money and where it comes from.