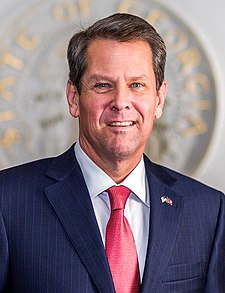 In Georgia, another white man, Republican Governor Brian Kemp, recently signed into law a pro-life bill. The response from Hollywood has been a call to boycott the state, and a call for women to engage in a sex strike. The latter would be laughable if it weren't so tragic as the call for the sex strike is being led by a handful of washed-up Hollywood hags that nobody in their right mind would want to have sex with.
The left speaks endlessly about the need for "an honest conversation about race." Of course, to engage in such a conversation is impossible, because the left would not allow honesty to enter into the discussion. It's the same with abortion.
If we would all just drop the nonsense and the defence mechanisms we surround ourselves with, and honestly confront the issue of abortion, then it would be clear to anyone with a brain in their head that abortion is murder, plain and simple.
How many innocent lives will be saved thanks to the actions of these 25 white men from Alabama? How many souls will be saved from eternal damnation, because women in Alabama will now refrain from aborting their babies, again thanks to the actions of these 25 white men? Only God knows.
------
Mike Stone is the author of A New America, the first novel of the Alt-Right, a dark comedy set on Election Day 2016 in Los Angeles - - Available on Amazon. His book, "It's OK to be White" was banned by Amazon.
Related - Is Abortion a Jewish Thing?

Comments for "Alabama -- White Men Save the World Again"

That bill was a bit too drastic IMHO. It's always the extremes and that's why our country is in the mess it is in.

My opinion is that women will just simply go to the next state over in order to get an abortion. I doubt this has slowed it much.

I am ardently opposed to abortion for birth control...Which is the motivation for almost all abortions? However, the pro-abortion folks recently made a huge mistake in showing their hand in Virginia and New York. Where they advocated killing babies up to and at the moment of birth. This outrageous position of the pro abortion crowd cost them a lot of support with the general public.

Just when they were on the run all these states come up with these heartbeat laws...Which can't be enforced without overturning Roe V Wade. And I don't see that happening anytime soon and maybe not ever until we pro-life people smarten up. Just when we finally had the pro-abortion crowd on the run these heartbeat laws make the pro-lifers look like we are just as nuts as is the other side.

Accommodations must be made for Rape, Incest, and life and health of the mother. Otherwise we lose the argument again.

The only possible way to win against abortion for birth control is on the basis of a civil rights case brought before the supreme court. We have tons of legal precedent where a person who kills a pregnant woman is charged and convicted of a double homicide. Now the legal community cannot have it both ways. If an unborn child has civil rights in one instance...that same unborn child has civil rights when it comes to being murdered by the mother and her doctor. And the mother has the right of self-defence which covers Rape, Incest, and her life.

Until and unless we pro-lifers wake up to this fact...which is the only way to overturn Roe V Wade, we are going to continue to lose this fight for the lives of the unborn.

You mean christian in general, right?

I know what you are trying to say, but never forget that the world conspiracy is spiritual, not racial.
Yes the jews want to create a mix society to undermine western societies, but if we only talk about their racial programme, we are half deceiving people.

I agree with the Alabama legislation, but for the notion of white supremacy, white or black is not in nature. We still dealing with the dialectics of a manipulative anti-nature mind set.

Too many people never think about human overpopulation of the world.

This planet is finite and can only comfortably support so many human beings. The planet is now beyond being over populated. Alabama and other
blind legislatures and people ignore reality when they denounce and outlaw abortion.

The Aztecs kept their population within a reasonable number by killing.

They knew that their lands could only beneficially support so many human beings. Then the Spaniards invaded and forced the Aztecs to stop their population control. Now that area is overpopulated and in poverty.