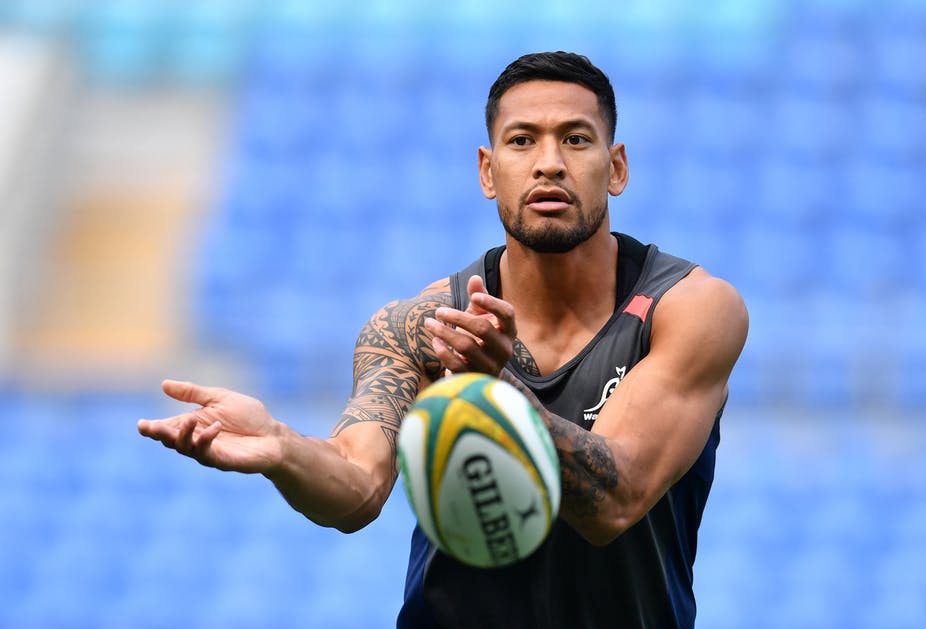 Israel Folau-- Australian Satanists Persecute Christian Rugby Star
Reader: "If you haven't been following the Israel Folau story here in Australia I think it would be worth your while.
https://en.wikipedia.org/wiki/Israel_Folau

He is a somewhat famous Australian Rugby Union player who happens to be a devout Christian as is his wife who plays Netball.
The Rugby Union Authorities have sacked him because he published some of his Christian beliefs online.
They want to control his free speech.
He wants to defend his right to free speech and freedom of religion.
So he wants to defend his being sacked in court so started a Go Fund Me page which the authorities closed down!
So the Christian Lobby started a fund for him and now the authorities are looking at ways to close that down too even though it has amassed hundreds of thousands of dollars almost immediately!!! ie he has great support here
Looks like the dark forces are set to punish him (and his wife if they can) at all costs!!
Well after all he did say that all unbelievers and sinners and gay people and fornicators would go to Hell!
The PTB must be foaming at the mouth and have smoke coming out of their ears now!!"