Nearly Everything is Mind Control 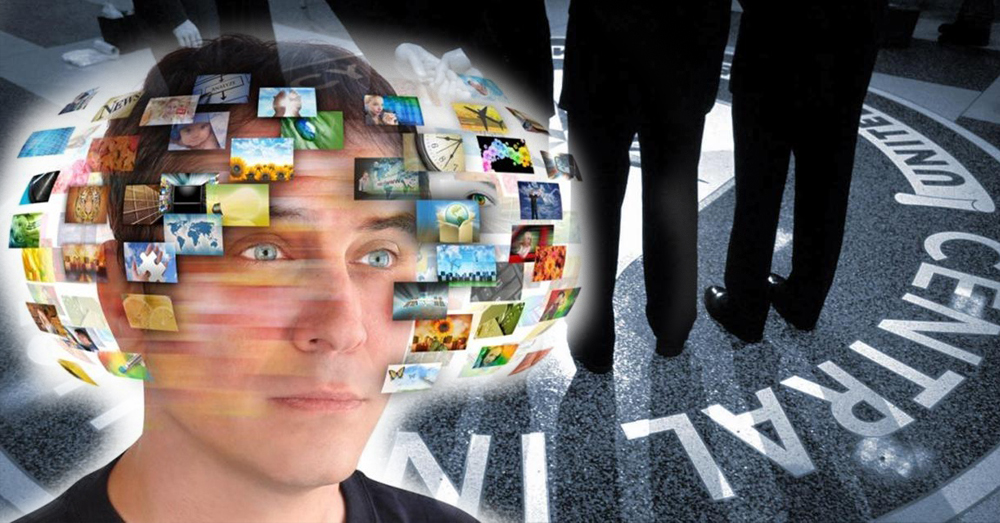 "You don't know the power of your own mind. It might not be under your control and the thoughts you have may not be your thoughts. You can take control of your own mind once you realize what is being done to you through mind control."
(Makow- The central bankers want to enslave the goyim. This is how they are doing it.)
Chris Kitze is a technology innovator and investor.
by Chris Kitze
(henrymakow.com)


The world is a giant psychological operation (psyop) designed to destroy humanity by controlling your mind, thoughts and ultimately, your actions.

Mind control is pervasive. Its purpose is to turn you away from your true nature and your Creator.

You are pushed away from good and down a path of destruction. Modern society is controlled through Religion, Money and Knowledge using technology and psychology to target and manipulating your mind. Most people are not even aware this is happening.

The evil goal of is your destruction. Salvation can only be achieved by understanding this mind control, changing your way of thinking, improving your morality, and returning to your original, true nature.

In history, Jesus, Shakyamuni (the Buddha) and Lao Zi among others pointed this out and showed "The Way" to elevate your realm of mind and escape this matrix. Organized religions played this role in the past, but now they have been corrupted to the point where they are now part of the mind control system. You are on your own.

The human mind is easily influenced and controlled in very subtle ways.

Suggestion, priming (where you are shown something that affects your later decision on a seemingly unrelated matter), projection, addiction and other techniques are used to alter and direct your thoughts away from Truth.

Monopoly capitalism and communism, virtually the same both under central bank control, use  social media, legal systems, money, food and medicine. The psychology has been extensively studied and weaponized for the final assault on your mind -- it works and works well. In particular these techniques are used to dumb down, confuse and distract you from your salvation. They are literally leading people to Hell.

Social media has become pervasive and there is no escape if you are online. Google and Facebook are expected to control almost 80% of online advertising within five years (https://www.wnd.com/2019/01/google-facebook-duopoly-now-commands-80-of-ad-market/). Their plug ins and trackers are ubiquitous and your actions are recorded even if you don't have any account with them.

They have become an electronic birth certificate. You can never quit and the information goes into a permanent file owned by Facebook, but accessed by various security agencies, governments and other organizations.

Social media takes advantage of people's desire to show off and other attachments, as well as using group pressure to create an environment of self censorship. It also is a powerful addiction.

Researchers believe dating applications such as Tinder have resulted in an increase in STD's. Social media and the fake news has destroyed morality by attacking the weaknesses of humans by promoting feminism, sexual liberation and gender dysphoria. This is by design.  Social media is a demon's den.

Technology and communications are also manipulated by monitoring, interrupting and denying service. This has been true for phone calls, email, text messages and so on for many years. People get your voice mail even when you are not on the phone and then that message "gets lost". The caller assumes you don't want to speak with them, even though you didn't know they tried to call. I have personally experienced this effective psyop for many years.

The legal system rules through fear. It has become so complicated, unevenly applied and corrupt that everyone is guilty of something; even judges can't tell you what the law says or means any more and there are many are literally untouchable. Because of this, the law has also been turned into a weapon of fear and intimidation.

I've seen the SEC (Securities and Exchange Commission) literally destroy a good person who committed a minor infraction through fear and intimidation. It was complete destruction; personal, psychological and financial destruction. Fear, uncertainty of regulation and doubts (FUD) are the way this mind game works because you never know if something is legal, illegal or lawful (which means there is no law against it, so you can do it).

Voting has the false appearance of you making a choice; the choice was already made before the election. Polls before elections are mostly fake, designed to cast doubt and make you believe you are alone in your choice and the fake news media reinforce this belief. 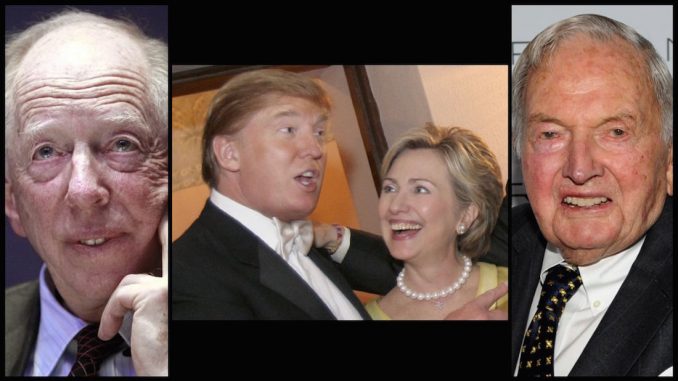 You are choosing between the two approved candidates and the outcome is already determined through illegal voters, ballot stuffing and rigged voting machines -- it's not voting that matters, vote counting determines the outcome. Regulatory capture takes on a new meaning when certain groups get control of the law enforcement systems and levers of political power.

Money has been replaced with a central bank issued form of credit that is manipulated to the point where people can't calmly live or think without the mind game of prices going up or down unnaturally. There is a reason why someone told me a tiny minority in a Latin American country owned 70% of the tall buildings in a major metropolis. Their people controlled the credit system world wide and mainly their people with connections could get credit, even though they were foreigners in most countries.

No wonder the majority of the people feel worse off; they can't get credit because of the rigged credit scoring and banking system. Just wait until this system is integrated up with Facebook and Google in a China style social credit construct. Things will get even more difficult for conservatives and other "outsider" groups, once they can't have bank accounts or use electronic money. A public audit of the central banking system would no doubt result in an immediate revolution were the main beneficiaries of newly issued credit to become widely known.

The greatest medical discovery of the 20th century was the placebo effect, which demonstrated the power of suggestion over the human mind. It's so powerful, new drugs use double blind studies to demonstrate they are better than a phony sugar pill, which is given to a control group. The fake sugar pill often works nearly as well as the real drug, as many drugs are fake, too. Using the mind to cure yourself has never been promoted because monopoly capitalism interests like Big Pharma don't have any way to profit from something that naturally exists inside everyone. Cures are never offered as endless treatments for chronic conditions are more profitable. They want your mind under their control, not thinking for yourself. The mind can be altered with chemical and electronic means. Chemicals in water systems (fluoride), sprayed in the sky (chemtrails) and electrosmog (cell towers, wifi and 5G) complete the picture.

Only by changing your way of thinking and improving your moral character will it be possible to break out of the mind control eliminate those impure thoughts that are not yours and return to your original, true self. The alternative is long slow decay to a very unhappy ending.

You have to break free, your future depends on it!

Comments for "Nearly Everything is Mind Control"

Wow! An excellent article by Chris Kitze. Your readers and contributors have some bright and connected minds.

Chris said it all.

It's so sad that "our handlers" of a "higher dimension" have made the choice to take advantage of humans. It's like a P.H.D. in psychology taking advantage of a pre-schooler. Not very high minded, in truth.

People just need to turn away. Walk away. Go. Leave. Say no! Because "they" can't "do it" without us!