The Zionist Assassination of James Forrestal 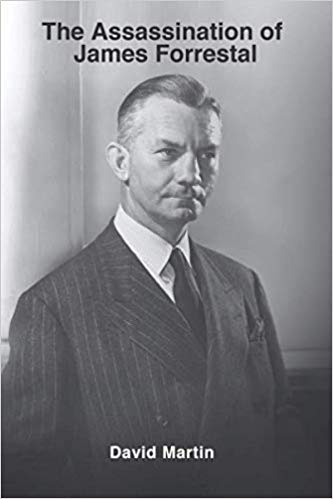 This examination of the violent death

of the leading government critic of American support

for the creation of the state of Israel is vital

to an understanding of U.S. and world history

since the mid-20th century. By virtue of the

Masonic Jewish Federal Reserve, the US is virtually

This is the true nature of the "deep state."

Zionist agents, who include the CIA,

will not hesitate to murder patriots who get in their way.

The murder of Joseph McCarthy and John F. Kennedy are examples.

Introduction to the book

The year and a half of Forrestal's tenure as Secretary of Defense (Sept 1947- May 1949) in the newly created position [of Secretary of Defense] was a period of considerable turbulence. Forrestal continued to resist what he considered to be dangerously rapid demobilization of the armed forces, and the consolidation of those forces hardly ran smoothly. A particular thorn in his side was the newly named Secretary of the Air Force, Stuart Symington, of Missouri. Symington aggressively sought the aggrandizement of the new branch in an abrasive and arrogant manner that seriously undermined Forrestal's authority. His Missouri connections in Truman's White House, however, made it virtually impossible for Forrestal to replace him.

The largest source of disquiet for Forrestal in his new position, however, was the controversy over Palestine. Great Britain had been in control of the territory, formerly part of the Ottoman Empire, under a mandate of the League of Nations, established in 1923. By 1947, Zionist terrorism against the British authorities caused them finally to throw up their hands and to dump the matter into the hands of the United Nations.

Forrestal, with his responsibility for supplying our armed forces during World War II, was keenly aware of the nation's growing dependence on oil from the Middle East, and that Zionist aspirations were putting the nation on a collision course with the nations that supplied the oil. He feared, furthermore, that the relatively tiny nation of Israel, which the Zionists intended to create, could not be sustained without the assistance of U.S. military force, endangering our access to oil and pushing the Muslim countries in the region into the lap of our primary geopolitical adversary, the Soviet Union.

Secretary of State George C. Marshall, the former Army general who had been Chief of Staff throughout World War II, shared Forrestal's view as did most of the foreign policy establishment within the government. Forrestal, however, was blunter and more outspoken on the question, and with his private-sector background, was more easily painted as simply a tool of the big oil companies who were worried about the threat to their profits. 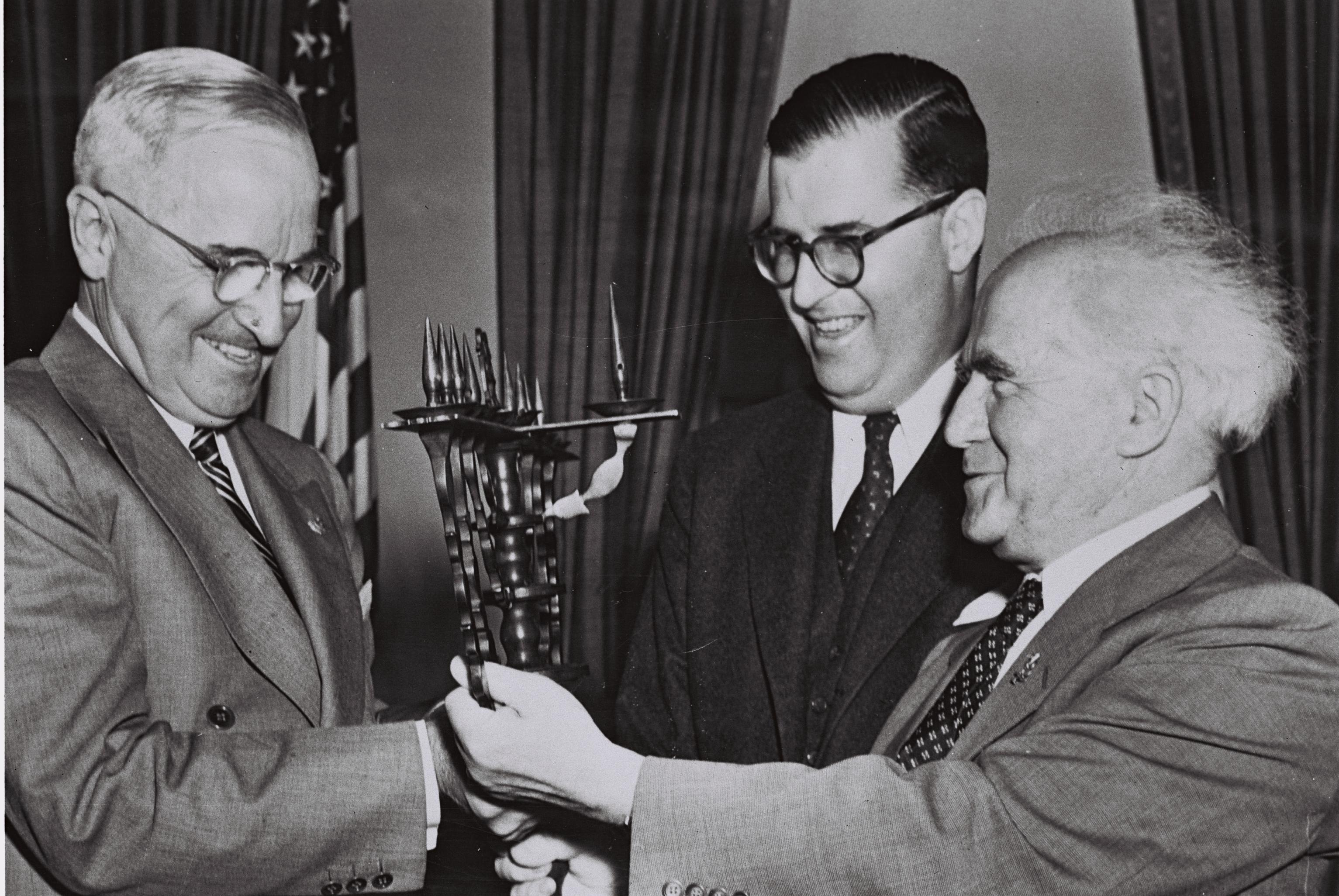 Over Forrestal's objections, the Truman government not only supported the United Nations vote on November 29, 1947, to partition Palestine but actively worked to pressure enough countries into supporting the measure for it to succeed. Britain announced that its Mandate would terminate on May 15, 1948. The Zionists proclaimed the creation of the new state of Israel in the part of Palestine that the UN had allotted to the Jews, and the United States immediately granted it recognition as a state.

In the meantime, Forrestal saw his treatment by the American media take a complete turn. From being one of the heroes in the victory over the Axis Powers, he was turned into a money-grubbing villain. The two leading voices in his vilification were the left-leaning "muckraker," Drew Pearson, and the putative conservative, but FDR-admiring, primarily gossip columnist, Jewish arch-Zionist, Walter Winchell. Their objective seemed to go beyond getting him out of the government. Rather, it seemed that their purpose was to destroy his reputation for all time.

When Truman was surprisingly re-elected in November 1948, the die was cast for Forrestal to leave the government. He got along very poorly with Truman's Missouri cronies and he had even met privately with the Republican nominee, New York Governor Thomas E. Dewey, expecting like almost everyone else did that Dewey would be the new president. 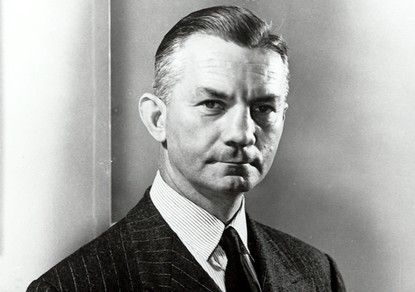 Forrestal thought he had a private agreement from Truman that he would leave the government on May 1, 1949, but on March 4 Truman made the abrupt announcement that Forrestal was going to be replaced by West Virginia lawyer Louis Johnson, the man who had been Truman's main fund-raiser during the campaign and also a person for whom Forrestal had very little respect. Johnson's swearing-in ceremony took place on March 28, and things went quickly downhill for Forrestal from that point.

The unexpected acceleration of the timetable for Forrestal to step down has been attributed to Truman's realization that he was in the throes of some sort of emotional breakdown and therefore had to be replaced quickly. That argument, as we shall see, falls under the overall category of what we might call Forrestal-destruction propaganda. By the best evidence available, up until the day Johnson's swearing-in, Forrestal seemed to be perfectly normal. He also seemed to be quite normal only minutes before he went out the 16th-floor window of the Bethesda Naval Hospital, some seven weeks later.

The latest manifestation of Forrestal-destruction propaganda has the psychological strain on him resulting not from the vicious press vilification campaign that he suffered on account of his stand on Palestine but because of the stress of the internal battle over the unification of the military services. That line of argument, as far as we can tell, made its debut, Soviet-style, in an article in The Washington Post on the occasion of the 50th anniversary of Forrestal's death, which we discuss in Chapter 5. By 2008 that revisionist explanation for Forrestal's supposed psychological decline had been incorporated into the first mainstream history book to use evidence surrounding Forrestal's death uncovered by this writer, which we discuss in Chapter 12. 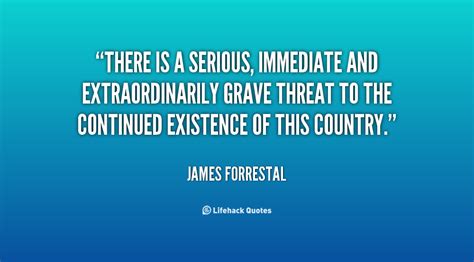 Again, the best evidence indicates that the late anti-Zionist writer, Alfred M. Lilienthal, was dead accurate in including Forrestal among an illustrious group of victims of Zionism:

Looking carefully at the list we see a name near the end whose fate bears the closest resemblance to that of James Forrestal, that is the Swedish Count Folke Bernadotte, the U.N. mediator of the Arab-Israeli conflict. Bernadotte was assassinated by Zionist terrorists in Jerusalem on September 17, 1948. The death of another prominent Swede on the list, U.N. Secretary-General Dag Hammarskjold from an aeroplane crash in Africa on September 18, 1961, remains shrouded in mystery and controversy.

Comments for "The Zionist Assassination of James Forrestal "

I always knew, from the first time I came across this true and great patriot (30 years ago) that foul play was the name of this ugly and revolting zio-game.

These â€œziosâ€ are the most devious species of murderers on this planet.

As you enlighten us with genuine history, one should not forget all of the other assassinations of Robert Kennedy, JFK jr., Congressman Larry McDonald and
the many other Senators and Congressmen - all by most suspicious accidents by plane and others means without any further and deeper investigation of
the cause, the latest one is Jim Traficante (killed by his tractor turning over and crushing him !!!!!). the outspoken and to the point critique of the mini-states total control of the maxi-stateâ€™s obsequious subservience, submission.

And on June 8 is coming up the 52nd anniversary of the callous murder of 34 sailors and 174 injured of USS LIBERTY, all covered up from â€œlbj" down to the
not-so-great technician â€œMcNamaraâ€ of murdering also millions of innocent Vietnamese in the North and South, and to make the list complete letâ€™s not forged
another traitor to his country and his countrymen, admiral john s. McCain, jr.. (I express my disdain for these traitors by writing their names in small letters)
The whole civilised world will go down to its destruction if WE do not root out the traitors within, as Cicero so pointedly remarked, the rot from within. And
I wish to end my remarks with - CALL MR GUILLOTINE - for all these odious vermin.

You can add to that list Bob Taft, who was going to be a shoo in for president and would not allow himself to be owned by anyone.