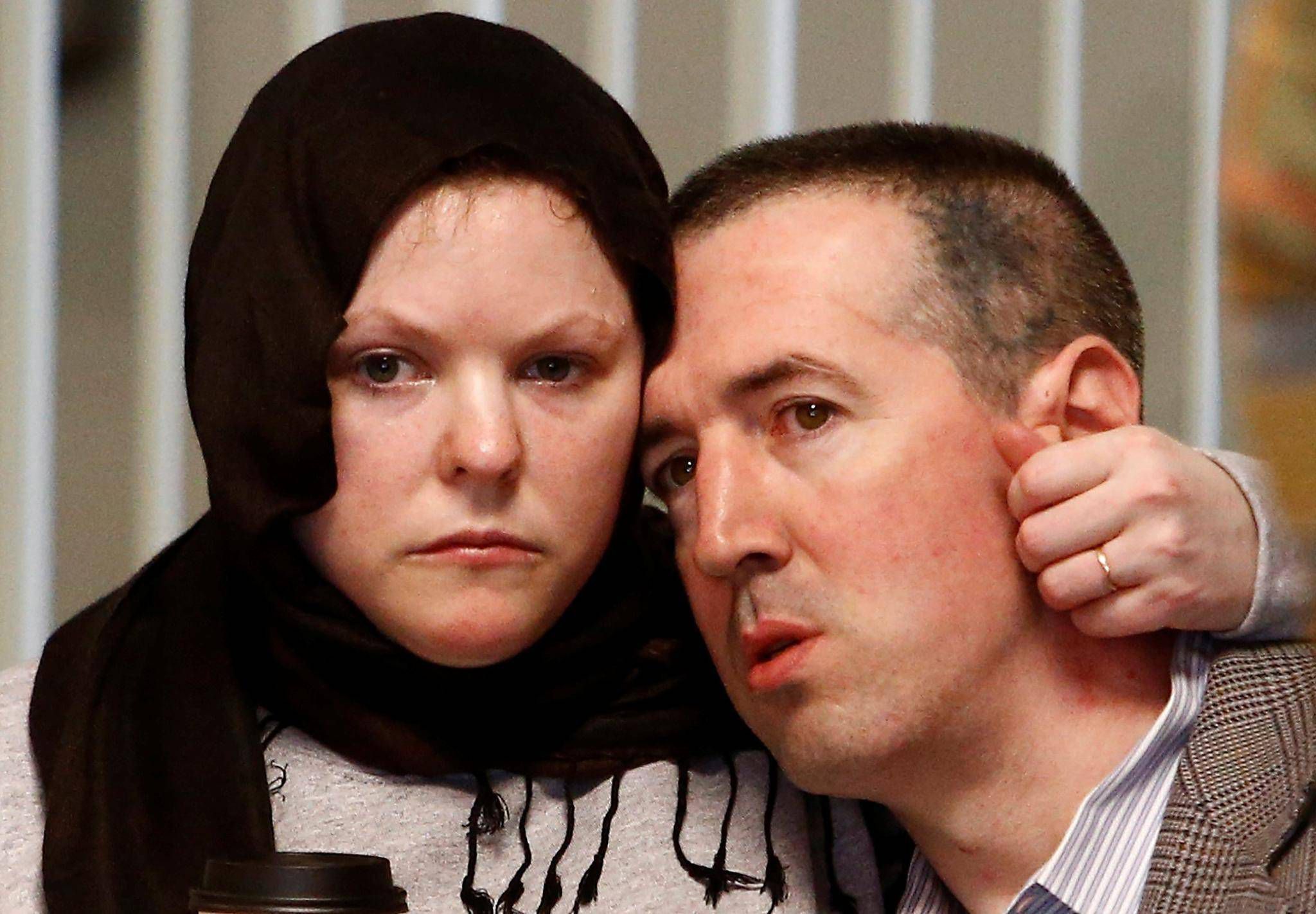 (left, John Nuttall & Amanda Korody)
In 2016, BC Supreme Court Judge Catharine Bruce threw out a charge against John Nuttall and Amanda Korody, two recent converts to islam, for setting off a pressure cooker bomb on the lawn of the BC Legislature in 2013 saying they were incapable of such an act without the help of the RCMP.
The RCMP spent over $900,000 on overtime for more than 200 staff. They also dropped more than $90,000 on expenses like clothing, food and trips for Nuttall and Korody. Total expenditures came out to more than $1 million.
This doesn't include the cost of court time, which sources told Global News works out to about $5,000 a day. The jury trial was five months long, then there was the entrapment hearing, and then the Crown's appeal which was rejected in Dec 2018.  The judge threw out the terror convictions against Korody and Nuttall, concluding the RCMP entrapped the couple and essentially lured the pair into committing a criminal offence by spending thousands of dollars on them.
"It was pretty obvious that these people were not able to do this on their own," FIPA's Vincent Gogolek said. "But for the intervention of the RCMP, they might not have even gotten out of their basement apartment."
"Simply put, the world has enough terrorists. We do not need the police to create more out of marginalized people who have neither the capacity nor sufficient motivation to do it themselves."  Judge Catherine Bruce
Police Manufacturing Jihad
by Tony Hall
(Excerpt by henrymakow.com)
In July 1, 2013, the Canada Day celebrations saw a classic episode of false flag terrorism mounted by politicians and police to fan the flames of Islamophobia...
What makes this case stand out as unusual, however, is the extremely thoughtful judicial assessment of a rich and elaborate record of interactions between undercover police and those set up to commit a crime of violent jihad. This record is composed of tapes and transcripts of conversations that tell the story of operations leading to an apprehended Islamic bombing plot on the grounds of the British Columbia Legislature in Victoria.
In her assessment of this record, B.C. Supreme Court Justice Catherine Bruce concluded an appeal hearing by deciding that members of the Royal Canadian Mounted Police (RCMP) had "entrapped" two recent Muslim converts in the enactment of a crime they could not have committed themselves. The episode unfolded during the period when Canada's Prime Minister, Stephen Harper, led the political party holding a majority of seats in Parliament....
The defendants were John Nuttall and Amanda Korody. They had been manipulated by police in the process of manufacturing what was made to seem like an attempted Islamic terrorist event on Canada Day on July 1st, 2013. When they appeared before Judge Bruce in an appeal of their original conviction, Nuttall and Korody had already served three years in prison. A jury found them guilty of conspiring to murder persons unknown and the making or possessing of an explosive substance for a terrorist group. Both parties were facing life sentences in prison when their case came before Judge Bruce. 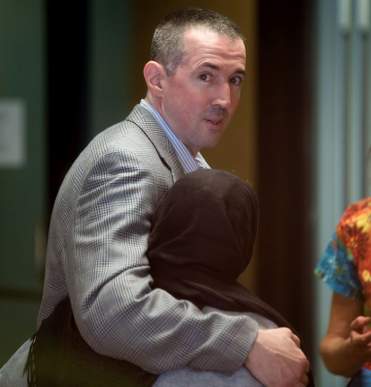 As Justice Justice Bruce explained in her ruling, Nuttall or Korody were "not very intelligent." They were "gullible and quite naive and childlike." The judge added, "To say they were unsophisticated is generous." The naivetÃ©, gullibility and lack of sophistication of the two unschooled Islamic converts seem to have been perceived as positive attributes by the police that singled them out for attention.
John Nuttall and Amanda Korody were poor with mental health and addiction problems. Generally speaking, individuals suffering under the burden of such liabilities tend to be considered malleable and therefore attractive subjects for the kinds of manipulation sometimes entailed in police stings.
The Appeal Court ruling of Judge Catherine Bruce makes it very clear that the RCMP disgraced itself and its political masters in its handling of Operation Souvenir. The BC Judge condemned the police decision to "manipulate marginalized persons and exploit their vulnerabilities on several levels in order to push them into doing criminal acts that they would be incapable of doing without overwhelming assistance from the police." In this fashion the RCMP "entrapped Ms. Korody and Mr. Nuttall into committing the offences of which they were found guilty."
Beginning in early 2013, undercover police presented themselves in disguise to Nuttall and Korody. The infiltrators pretended to be devout Muslim fundamentalists who resented many facets of life in the West. The federal agents quickly implicated themselves into the lives of the needy and often demoralized couple. Nuttall and Korody had been selected for this kind of police infiltration based on a tip from an agent of CSIS, the Canadian Security Intelligence Service.
Once it was established that the couple might be open to accepting guidance and help along the way to committing a highly public act of Islamic jihad, all stops were removed to bring about this outcome. Around 240 RCMP officials including a number of undercover operatives took part in Operation Souvenir. As Justice Bruce noted, "This project was a national priority for RCMP Headquarters and was watched carefully by very senior officers."
According to Robin Mathews, officials in Prime Minister Stephen Harper's Office were regularly kept abreast of the RCMP's so-called "investigation." What the Mounties saw as investigation was in fact in Judge Bruce's eyes entrapment and facilitation.... 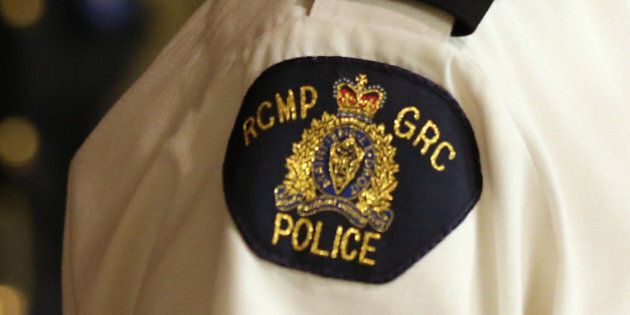 All the while the undercover operatives, in the words of Judge Bruce, "carefully orchestrated a belief in the defendants [Nuttall and Korody] that they were working with a large and sophisticated terrorist organization that by now had spent huge sums of money and had devoted many of its scarce resources to what they had come to believe was their plan to do jihad." According to Judge Bruce, "Officer A" went so far as to warn Nuttall and Korody that if they did not go through with the Canada Day bombing plot, the couple might be killed by outraged jihadists.
Justice Bruce sternly condemned the decision of "Officer A" to try to counter Nuttall and Korody's concerns that Allah might not countenance any action that would hurt or kill innocent people. "It is intolerable," Justice Bruce ruled, "that the police placed themselves in the position of spiritual advisor and proceeded to dole out religious guidance that propelled the defendants towards unconditional acceptance of radical jihadist beliefs."
The RCMP made sure that Nuttall and Korody were well compensated on their way to the planting of three pressure-cooker bombs on the terrain of Victoria's main Canada Day festivities. Once Nuttall and Korody were persuaded by the undercover cops that they were "mujahideen and involved in jihadist terrorism," the police became very generous. The federal police came up with "a continual supply of money to the defendants for jobs, groceries, cigarettes, clothing, computer hard drives, telephones, hotel stays, trips to Victoria and Kelowna, bus passes and transportation."
In staying the charges against Nuttall and Korody, Justice Bruce ruled, "There are no remedies less drastic than a stay of proceedings that will address the abuse of process. The spectre of the defendants serving a life sentence for a crime that the police manufactured by exploiting their vulnerabilities, by instilling fear that they would be killed if they backed out, and by quashing all doubts they had in the religious justifications for the crime, is offensive to our concept of fundamental justice. Simply put, the world has enough terrorists. We do not need the police to create more out of marginalized people who have neither the capacity nor sufficient motivation to do it themselves."
Most of the media coverage of Judge Bruce's ruling treated the case as some sort of aberration, as a one-of-a-kind lapse of judgment by the federal police force and its political masters. I have not seen much effort in mainstream media to explain the episode as an illustrative part of deeper currents of history or wider patterns of international geopolitics. This kind of contextual analysis is apparently discouraged in an era when the maintenance of so many official narratives depends on the prevalence of encouraged amnesia and blinkered thinking in the part of the public. 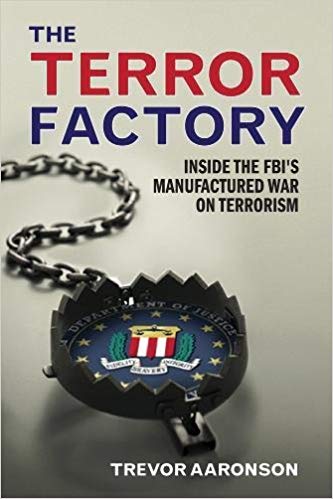 Terrorism is in fact reflective of many similar FBI operations in the United States.
How was it that Canadian government officials decided that it was justifiable over a period of several months during the first half of 2013 to invest the paid endeavours of over 200 members of the federal police force as well as millions of dollars of public funds into an episode of state-promoted Islamophobia? How was it that the federal paymasters of the operation had no qualms about seeing a BC couple entrapped into a crime carrying sentences of life imprisonment? This corruption is epitomized in the efforts of the RCMP's "Officer A" to offer up Islamic theological interpretations aimed at pushing Nuttall and Korody to overcome their qualms about committing violent and possibly lethal acts of Islamic jihad.
How many other undercover operatives and handlers in various parts of the world have acted much like "Officer A"? How has the official Wahabism favored by the government of Saudi Arabia been exploited to dramatize public perceptions of the dangers of jihadist extremism? How common are the tactics of "Officer A" and possibly also the FBI's handler of Elton Simpson in helping to build up the imagery of menacing Islamic foes in what is depicted as the enemy side of the Global War on Terror?
-----
Related - Video on this Case (8 views)

Comments for "Proof Government & Cops Are Behind "Islamic Terror" "

Reading this article repeatedly brought to my mind the FBI's involvement in trying to bring the 911 Towers down in 1990, to the extent of providing live explosives for that attempt. I wonder how many Jewish staff were told, like on 911, not to turn up to work that day?

I remember watching a documentary on the CBC about this story a few years back.

Hired thugs by the state. Who will protect us from the police and the state ? Ourselves.