The Only Effective Barrier to Gun Confiscation is... 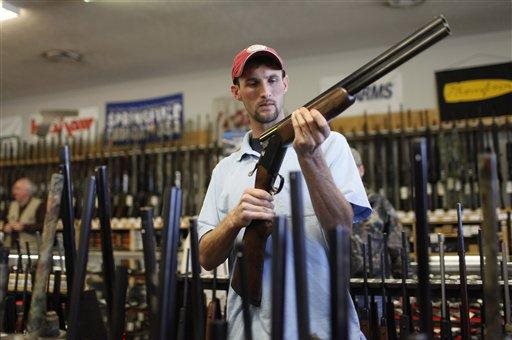 The only effective barrier to gun confiscation
is the iron resolve to shoot the intended gun-grabbers.
Latest- Trump to Address Nation on Gun Control-
"More Gun Control May be Needed"
by George
(henrymakow.com)
The fact that Trump is going along with every fake shooting, despite his alleged disdain for "fake news", suggests that he is fully capable of repeating his executive ban on bump fire stocks to include all semi-automatic weapons, including both rifles and pistols. That betrayal would most likely occur after his re-election in 2020, as it would infuriate a large element of his base, and could safely be done then.
Serious gun-owners are insistent that gun ownership is not a privilege conferred by government and thus revocable by the government. Some call it a God-given right, while others may regard it simply as a natural right.
Looking at the issue from an extended historical perspective, ownership of weapons has always been tightly controlled. Swords, which were highly effective at close range, were in many countries the exclusive possession of a military or aristocratic elite.
Even knives, the most basic tools of the poor, could be controlled in terms of when, where and how they could be carried. Crossbows, often extremely powerful and capable of defeating aristocratic armor, could also be regulated.
The use of the phrase Molon Labe, "come and get it" has long since replaced the invocation of the Second Amendment on t-shirts and other ways of displaying one's attitude toward guns. 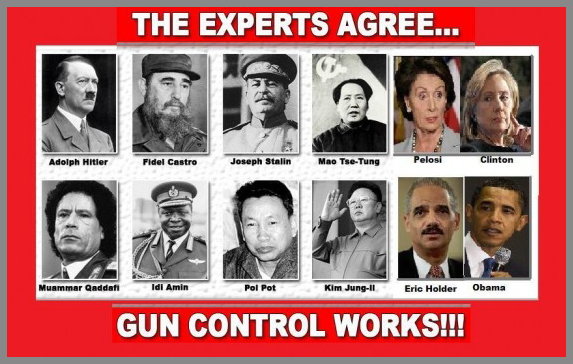 The Second Amendment, despite its ostensible statement of a right rather than a government-bestowed privilege, is in fact simply a statement of governmental privilege. It can either be formally revoked without the difficult process specified by the Constitution or die from a thousand executive orders such as the National Firearms Act of 1934, the 1968 legislation in the wake of the MLK/RFK assassinations, the so-called Assault Weapons ban of 1994, etc.
The only real barrier to gun confiscation is the iron resolve to shoot the intended gun-grabbers. The best way to ensure that this iron resolve is there is to view movies such as The Chekist (Russian) or Katyn (Polish government.)
La Rochefoucauld observed that the world contains very little real courage and that it tends to run on different forms of fear.
Sun Tzu and John Keegan ("The Art of War" and "The Face of Battle" respectively) have come to similar conclusions with regard to so-called military courage. They both maintain that the essence of a battle is men fighting for their lives. 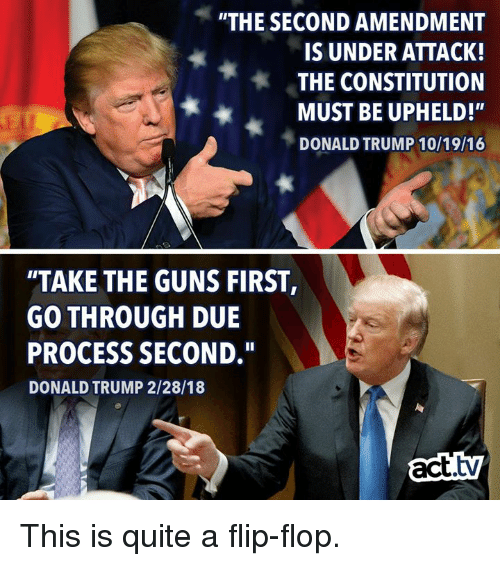 We have to have that thought firmly planted in our minds if the carnival-barker con-man president or some successor attempts to pull off a betrayal of our ability to preserve our lives.
To modify more meaningfully Charlton Heston's famous remark: "You can have my guns if you can do so with your brains blown out through the back of your skull." If you do not have that iron resolve, then, indeed, your ability to defend your life can indeed be taken away, with your property, dignity, and life itself soon to follow.
---------
First Comment from Ken Adachi-
This sort of posturing may feel good if you're young and brimming with testosterone, but it isn't going to accomplish anything if you want to try to stop the gun outlawing agenda that has been planned, scripted, and put into Gladio installation by organized Jewry to rob Americans of their last resort for personal defense to guard both home and Homeland against tyranny, enslavement, and annihilation. Talking tough is not the answer.
Exposing the lies and deception of this unending stream of STAGED shootings with their ubiquitous MSM and gatekeeper 'alternative media 'coverage' (singing the lies event, after event, after event), their mind-controlled patsies, their "crisis actors" galore,  the Mossad/CIA/Homeland-Insecutity/black ops crowd, and the treasonous police departments and police chiefs who facilitate and go along with this deception should be at the top of the list. MILLIONS of people need to let Trump know that we're not buying the staged shooting deception - no matter how many and how often they are staged - and we're not going to let him or any other elected (or unelected ) official dismember the Second Amendment of the US Constitution any further.
Everyone who voted for and still believes that Trump as the only choice at this time (and he is), needs to let him know in the STRONGEST language possible that we're not going to go along with any further limitation or curbs on any category of gun ownership and possession. Trump WILL respond to political heat if it's HOT enough and sustained enough (otherwise Mr. Trump hears the Impeachment. Chorus go up 100,000 percent, if he planning on post-2020 betrayal).
While we still have a Constitution, the courts, the internet, and freedom of assembly, we can COUNTER this agenda IF enough people realize what is at stake (the future of America) and get involved to bring the political and legal pressure upon those who are promulgating, promoting, and participating in these treasonous acts of deception to rob of our birthright and freedom.
--
George Replies:
There is a saying that the dogs may bark, but the train roars on. Cheney's famous reply to a TV interviewer who commented that there was widespread opposition to invading Iraq was: "So?" Of course, exposure of the hoaxes helps. But eventually, the reply of the gangsters is always: Whatcha gonna do about it, bitch? There is nothing about testosterone in the insistence that we cannot bluff. Sun Tzu, Keegan, and La Rochefoucauld did not appeal to testosterone. The most powerful motives that drive Mankind are greed and fear. If we really have no intention of pulling the trigger when the bulldozed open pits are already filled with the bodies of others, then our bodies will soon be piled in on top of them. It is as simple as that.

Comments for "The Only Effective Barrier to Gun Confiscation is..."

The Constitution of the United States as it stands now is a fraud along with the Bill of Rights. If you don't believe me then try to use them when you are accused of something and you'll see just how ineffective it is.

However, under the natural law or natural order which the real God created, a man has the lawful option of defending himself. His rights don't come from any written instrument as they come from the natural order. A man is always entitled to defend himself as long as his defense is not immoral. The mere possession of a gun or rifle is not moral or immoral as it is simply the tool. If the tool is used to unjustly kill someone, then it is immoral regardless of what any government says.

If all men governed their actions by whether something is moral or immoral, there would not be so many social problems. If being a member of any government that is inherently immoral, then that government has no authority other than the use of violence--which is what they do. No government has any authority to violate the natural rights of others. But they do it on a regular basis because they are evil and they cannot do any good on the foundation of evil.

The natural law is the only law that applies to everyone equally. Man-made laws are decrepit and inconsistent to be of any value. And besides, they don't apply to anyone unless the man-made law is in agreement with the natural law; making man-made law redundant.