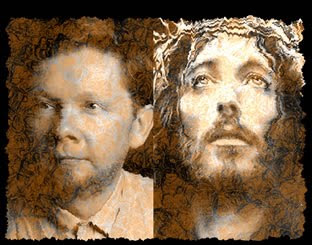 My opinion is that Eckhart Tolle belongs to the satanic side and is the opposite of real Christianity.

Accessing the inner Self and meditation is one of the portals to the demonic sphere which opens us up to communication with evil spirits.

All pagan religions and philosophies have many things in common but the most important common element is opening of the third eye, the sixth chakra which is caused by the kundalini energy rising in a double spiral upwards around the spine. This reaches the pineal gland and opens the spiritual third eye which lets evil spirits in.
This is the real Mark of the Beast.

.thx for courageously showing the other side from the perspective of a “little Christ,” a real Christian. Have you ever heard this terrific message from Paris Reidhead? He deals effectively with humanists like Tolle. www.walkworthy.org/ten