Ten Lessons to Teach Our Children About Society 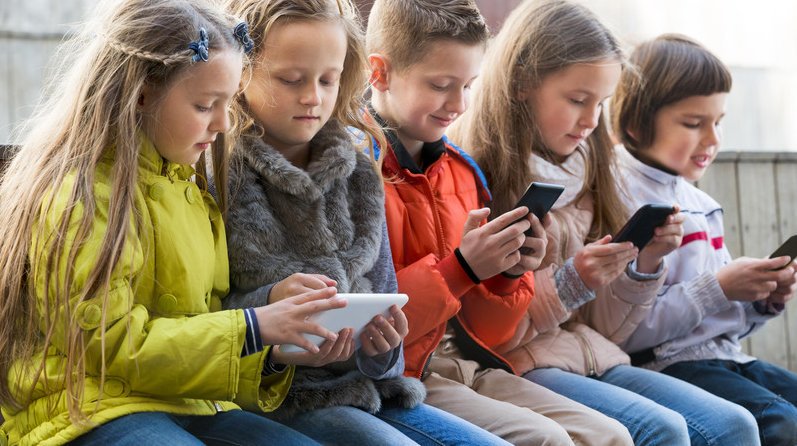 Older people can see how things have changed for the worse.
Kids born post 9-11 don't have any memory
of the way things used to be.
They're being initiated into this beast system
and don't know it.
This satanic world view is normal to them.
by Frank
(henrymakow.com)
When Graham Nash wrote the song 'Teach Your Children' back in the late sixties, I don't think he envisioned a world where the satanic elite is inverting all things good and decent, to have us accept the "Beast System."
We must say no to the beast system, for our children's sake and future generations. These are some of the things we must teach our children.
1) Teach your children to be independent and creative thinkers. Teach them not to blindly follow what's popular or trendy. To question authority. Teach them to think critically and be their own person.
2) Let your children know that satanism, witchcraft, cannibalism, gender fluidity, paedophilia and sadistic acts of violence in pop culture and entertainment are unnatural, and not part of some organic movement in evolution. Let them know this is vile, wicked and evil. Monitor what your kids are listening to, what games they are playing, what shows they are watching on television and in the theatre. Keep this garbage out of your home and away from you and your family.
3) Remind youth that there are only two biological sexes - Man and Woman. That's it! Anything else is a  developmental disorder called gender dysphoria. Period.
Teach them the importance of family. To love, support and respect one another despite their differences. Promote quality-family-time. Set a good example. Enjoy time away in nature with your family- with no devices.
4) Teach your children to be proud of who they are, no matter what race, religion or color they might be. Encourage them to uphold and maintain their heritage with pride and honour. Remind them to be respectful and accepting of different cultures other than your own.
5) Explain that "political correctness" is a means to control speech and freedom of expression.  Let them know that calling someone a hater or bigot just because they have an opposing view - is wrong. Let them know they don't have to agree with the other person but they have a right to express themselves.
6) Teach young people history. Tell them stories about how most wars are needless and full of suffering and death. Let them know that war is a racket and that international bankers finance both sides for profit. Help them understand that communism is a failed brutal system of totalitarian control and history proves it so.
7) Let your children know that having 5G technology is not about faster speeds but a system of mass surveillance, mind control and EMF radiation illness a.k.a. Cancer. Remind them that just because they say they don't care if someone is listening in on them, because they have nothing to hide... let them know they have a right to privacy and should enforce that right at all times. Encourage them to hard-wire their internet connection and use a corded mic and headset when using a cell phone.
8) Explain to young people that the popular mainstream actors and musicians they adore, idolize and model after, are not "real" people. Help them understand they are controlled, manufactured products of an industry that promotes and/or covers-up satanism, paedophilia, drug abuse, mind control and murder.
9) Teach them that porn is not a refection of reality. Porn is not about love and intimacy. Let them know it is an evil satanic tool to get them to normalize and accept debauchery, sodomy, incest, infidelity, paedophilia and bestiality. It's there to degrade and objectify women and make men weak  - physically, mentally and spiritually. Teach them that porn's ultimate goal is to destroy the family, destroy their God given unique male/female identity and blur the lines of sexual age appropriateness.
10) Teach your children to use cash. Teach them basic arithmetic. To refuse a cashless society. To refuse the RFID chip.
Finally, and most of all, teach them about God and to love one another as God loves them.  Remember this is spiritual warfare. Have no fear.  Just suit up and teach your children.
----------------
Related-
From The American College of Pediatricians website: Gender Ideology Harms Children

Comments for "Ten Lessons to Teach Our Children About Society"

Good grief, Henry, Larry C [below] needs to teach himself the truth about money. He has fallen for the oldest (Rothschild cabal) plot about money there is. Seems the very first thing people need to learn about money is that MONEY WAS NEVER MEANT TO BE A COMMODITY as commodities pretending to be money are the very easiest means of manipulation in existence for the profit of the few and the misery of the rest of humanity.

The second extremely cruel criminal misuse of exchange mediums is called "bank credit" i.e., monopolizing an exchange medium as DEBT AT USURY, a conveyor belt of ALL WEALTH into the hands of the OWNERS OF THE BOGUS DEBT, the system now in power and control in almost every nation in the world.

True money is just a measurement of the value of goods to be exchanged without any intrinsic value of its own. It must be honestly SPENT OR GIVEN into exchange BY A NATION'S GOVERNMENT, there to remain AT THE PROPER RATIO to exchanges AT NO COST TO ANYONE. Speculators, especially, don't want this truth to be known as it means the end of their easy existence on the backs of those who create and build.

One more lesson: Teach the kids to understand money. Money is a manmade tool for exchanging value. The value of the money itself is best represented by divisible commodities such as gold and silver.

Rhodium is even better because it comes as a powder, so you donâ€™t have to melt it to divide it. You just pour it out. And it retains the value of a precious metal.

The reason we ended up with the Federal Reserve Note is because we abandoned gold and silver coins many years ago, in favor of paper representations of it - the certificates, or receipts. If we had insisted on the coins, and refused any substitutes, then paper money would never have been used to begin with. Because of the change to paper money, the controllers were able to cheat us, and give us fractional reserve banking, and debt-based notes. They were also able to pay henchmen to write the tax and money laws to favor their own cabals, and enhance their powers over the rest of us.

Kids need to be taught this, and to pressure their parents into buying whatever quantities of gold or silver they can afford. In order to get the metals back into circulation, we need to have them first, and start trading with them. The controllers are already hoarding them into their own private vaults. We went to credit cards because we saw advantages to them. In Shezchen, China, they use their mobile phones (to transact business) because they saw the advantages. We need to go back to gold and silver, because we see the advantages: privacy, market stability, and the removal of nearly unlimited power from the central bankers. The weight and slowness of (moving) the metals is one of the few disadvantages, but is it not worth it, if we end up with world peace, gold-based prosperity for 99% of the population, and the reversal of the New World Order?