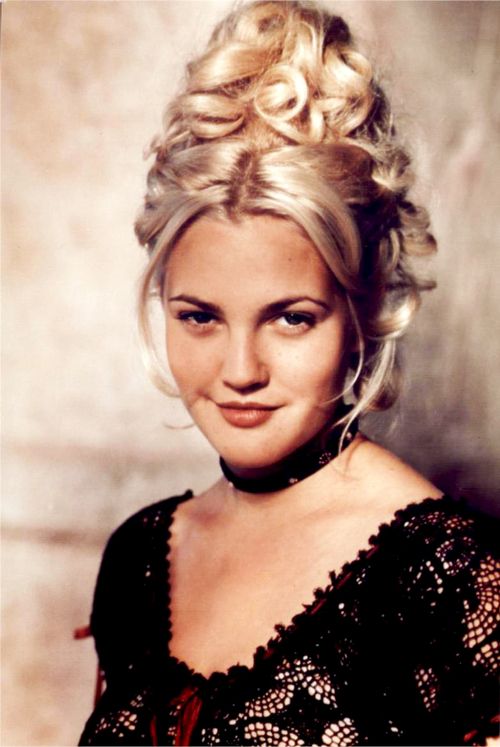 (not Rachel)
Personal contacts with Illuminati
My college roommate--whom I agreed to room
with without knowing her well--
was a programmed SRA survivor
whose programming had "gone bad"
"As we became confidantes, she confided in me that SHE AND HER FATHER WERE LOVERS. AND THEY BOTH LIKED IT. "
by "Sheila"
When I was a junior at Southern Methodist University,  I had a very difficult time and became very depressed. My then-roommate Paula, who was my high school BFF, unofficially moved her boyfriend into our apartment and they were having sex 24/7 and I could not study.  I was a super shy and socially anxious girl and I needed to move out.
There was this amazing girl Rachel I met.  She was brilliant.  She knew all the classics by heart, word-for-word, could speak many languages and was a die-hard feminist.  We were both considered very good writers in our journalism program.  I was so shy and dorky; I was drawn to her. I thought since things were not going well for me, perhaps becoming a Feminist could give me a cool identity. I wanted to stand out and have an identity.  Even being a part-time model did not make me confident.  I sent all the nice guys away. I could not relate to men. I was abused as a child.
Rachel was of Scottish descent and I am mixed race. French, Italian and Native American. She was very tall and large in a big-boned kind of way. Pretty long blonde hair but a large. almost masculine build. She was constantly biting her nails.
Her dad was the Medical Director of a large hospital in Texas and was also an OBGYN.  She was very refined but also had a dangerous presence. I was drawn to her because I wanted to be something--anything but a virgin and a dork.
She taught me that I had been brainwashed into religion and that there was no such thing as Jesus. She taught me about Feminism and I soon learned she was having affairs with about five professors.
I overheard one of them telling another professor that F$%R$%$ her was like FE#$#$ a fat French whore.   I soon agreed to become her roommate. This would be disastrous for me. Oh my gosh, over sheltered kids from dysfunctional families should never land in this type of situation. If only I could go back.
I started noticing my money and heirloom jewelry were missing and also found drug paraphernalia in the bathroom cabinets.  I had so few boundaries at the time I did not move out.  As we became confidantes, she confided in me that SHE AND HER FATHER WERE LOVERS. AND THEY BOTH LIKED IT.
She told me it was part of their religion and I had no clue, as an innocent and very naïve girl.  Every month or so he would come into our college town and they would get a room for the weekend. Her parents were divorced and her mother lived in another state.  She and her father had been doing this since she was a child.
Anyways, I was led into a nightmare of losing my virginity one night-- literally at her direction, and meeting a very bad guy who was an atheist who became my boyfriend. I lost all of my beliefs.  I never wanted to have sex before marriage. But once  I started, it was a way to feel love and I needed that sadly.
I later learned Rachel was close to 10 years older than she said she was--and that she had been in the military.  She told me she was being set up for an assignment but that her "programming failed"---I had no idea what that meant until a few years ago.
I eventually got away and broke contact with her.  She married a much older man from an elite bloodline and very wealthy family.  She wound up stealing all his money and he died mysteriously. Not kidding--wish I was.
Wow, was University a bad thing for me or what?!
-------------------------------------
First Comment from Anonymous (in response for my request for similar "close encounters")
I had a girlfriend that joined with them secretly while I was dating her. I know she was obsessed with getting power and wealth. But she was more interested in the black arts part of the deal. When I discovered that she had entered into satanism, she was livid with me and we mutually broke up.

Later she married a man old enough to be her grandpa. He was wealthy, owning a number of prosperous businesses. Eventually he died and she then quickly ran his enterprises into the ground and it was all lost.

Years later she was working as a housekeeper for an elderly gentleman and she was forging his checks and had stolen $5000. To cover her tracks she waited for him late one night to leave a restaurant and murdered him in the parking lot with a hammer. She is now doing life in Chino State Prison. Her affiliation with satanism didn't seem to give her much advantage, especially when it came to self improvement.

I befriended a young man my age and he too had secretly joined with them but he felt it was a big mistake and wanted out. He confided in me that if he were to leave, they would have him killed. He was recruited in a dream by Satan himself. He was promised wealth fame and power and given secret hand signs so that he will recognize others that belong.

He then mentioned that some prominent lawyers, police and firefighters in town were also involved. Prominent businessmen and a few religious leaders were involved. Others had infiltrated other local churches.  He said that the town itself was dominated by secret satanists.

When this young man backed out, I personally witnessed a dangerous attempt on his life. They were serious to kill him. But they didn't know I was with him and for some unknown reason this terrified the would-be assassin when he noticed me. This young man had to immediately flee town and move to another state for the safety of himself and his young family....

One common thread among these satanists is that none of them trust each other, there was a pecking order so to speak and the higher you were the more you had to peck and the less pecking you received. These members bitterly hated one another.

My own daughter had endured several recruiting attempts since she was a teenager. She was approached by an older lady with promises of fame and fortune. She too had a dream in which Satan approached her with the same offer. He cried foul against God because he was cast out of heaven and justified his rebellion in a very convincing manner. She would not accept.

I also knew a few others that joined or turned down the offer. These new recruits are nothing but cannon fodder for the bloodline elites. I have never met a bloodline satanist that I know of.

Comments for "My Satanist College Roommate "

My youngest daughter went to university to study Acting and related so-called arts.

Instead, she studied anthropology and received a BA degree.

After she had completed university she was not the same girl that had been taught and raised in the Christian Faith. At that time I was not well versed in the goings-on at universities.

Thanks for standing strong for what is righteous

This testimony is very interesting because it constitutes in a way the paradigm, the exemplary model (Aristotle), of the subversion (= reversal) of morals, of the fabrication of apostates. By taking only a certain percentage, we obtain the story of the millions of people who passed from the Catholic faith to a Satanist de facto ignored by its protagonists. This has happened over the last two centuries and especially after the last World War ("sexual revolution").

And this makes it possible, for anyone who wants to make the effort to try to forget the democratic mental programming to which he has been subjected, to understand the passages of the Old Testament in which God expressly asks certain particularly corrupt populations to be put to the sword. The omniscient God knew that contacts with these peoples would bring about the corruption of the little people He had chosen to begin the Redemption. Unfortunately, he was not listened to and this feared corruption did occur. It has led to a situation that is known and that some, e. g. Douglas Reed, falsely explain with racist motives, thus participating in the CORRUPTION OF THE OLD AND THE NEW TESTAMENT (which is the great case of neo-Judaism that is not mentioned), like those they criticize.

On two occasions, when speaking with people about the Illuminati I was told I was tempting the listener. To a lot of people apparently THAT lifestyle is exotic and wonderful.

They are not nice people though, not only to outsiders but to each other. It's a wonder the bloodlines continue. It must take an iron fist to make them copulate or the help of technology to keep them going because so many of them are single and homosexual.

Satan wants to destroy them along with everyone else. All the assurances he gives them that they are high-class and special and deserve the best will disappear. They need our prayers as much as anyone else.