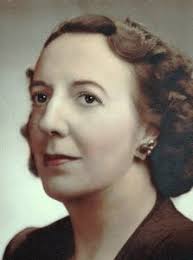 Taylor Caldwell quote on effeminate men in Rome
Taylor Caldwell's political definitions of "masculine"
and "feminine" below are truths that cannot be deposed.
by Tony B
(henrymakow.com)
She gives here the true reasons of why civilization was created with men as the just control of it and women the custodians of the needs of the family.  Obviously, she saw the truth of Catholic hierarchy rot allowing the soon coming Vatican II, the Talmudic/freemasonic/satanic conquest of the Vatican.  Her words below make modern-day "politically correct" statements - especially those concerning sex - look as insane, stupid and laughably ridiculous as they are.
From The Dear and Glorious Physician, 1958 pp.425-426. It's from a novel and these words are put in another's mouth, but this is basically just political commentary. Imagine what she would think of American society in 2019.
"...I know that it was inevitable that Rome becomes what she is. Republics decay into democracies, and democracies degenerate into dictatorships. That fact is immutable. When there is equality -- and democracies always bring equality -- the people become faceless, they lose power and initiative, they lose pride and independence, they lose their splendor.
Republics are masculine, and so they beget the sciences and the arts; they are prideful, heroic and virile. They emphasize God, and glorify Him. But Rome has decayed into a confused democracy and has acquired feminine traits, such as materialism, greed, the lust for power, and expediency.
Masculinity in nations and men is demonstrated by law, idealism, justice and poesy, femininity by materialism, dependency on others, gross emotionalism, and absence of genius.
Masculinity seeks what is right; femininity seeks what is immediately satisfying. Masculinity is vision; femininity ridicules vision. A masculine nation produces philosophers, and has a respect for the individual; a feminine nation has an insensate desire to control and dominate.
Masculinity is aristocratic; femininity has no aristocracy and is happy only if it finds about it a multitude of faces resembling it exactly, and a multitude of voices echoing its own tiny sentiments and desires and fears and follies. Rome has become feminine... And feminine nations and feminine men inevitably die or are destroyed by masculine people."
United States... "feminine." Russia... "masculine."
And when she writes that a feminine society is "...is happy only if it finds about it a multitude of faces resembling it exactly..." she couldn't be more on the mark. Consider how intolerant "liberals" (so-called) are against anyone who disagrees with them on any minute detail. And these morons call this complete intolerance "diversity."