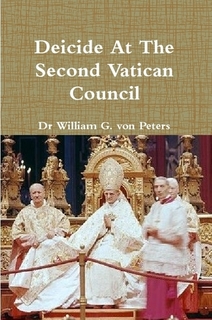 Vatican II was largely, and perhaps most famously, about Deicide - and the desire of modern Jews to be released from what they considered to be an outdated and unjust charge against them. A massive media campaign blitzed the Council Fathers to promote a change in Catholic teaching - nothing less than the exoneration of the Jews of complicity in the crucifixion of Jesus Christ.
A Declaration was composed to this end and actually passed by the Council Fathers; only to be rejected by Pope Paul VI. Deicide at the Second Vatican Council is the story of the struggle and failure by Jewish groups, and of Bishop Luigi Carli, chairman of the commission which reworked the Declaration for Pope Paul VI. Below is the Preface to
the book.
Disclaimer - Of course, Jews living today cannot be held responsible for the Crucifixion of Christ, but Organized Jewry has conspired to destroy Christianity ever since. Thanks to their Gentile accomplices, Freemasonry, it has largely succeeded.
By William G. von Peters
(henrymakow.com)
It is common for modern-day Catholics to be told that it is now forbidden by the Church to criticize the Jews as they are God's chosen people; that the crime of Deicide has been expunged and lifted from them; and that they are now our "elder brothers in the Faith".
Further, that they have their own pathway to salvation, do not need Christ's salvific work, and should not be proselytized and brought into the Church lest God's plan for them is frustrating.
But what if it is not so? What if all this, which contradicts the traditional Catholic teaching of millennia, is simply the result of a massive propaganda effort by Jewish groups and their liberal allies upon the hierarchy and laity of the Catholic Church? It can be reliably stated that the Jews had for many years pressed for a Church Council to remove the charges of Deicide against them, ancient and modern, claiming that the charges were not merited, that they did not kill Christ.
Further, even if they did, that it was only a small group of Jews who killed Jesus, and that modern Jews could not possibly have the stain of deicide upon them. And even so, it was the bloody Romans who put Him to death. 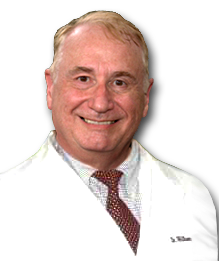 (Dr. Von Peters)
The Jewish forces had hoped to succeed in removing the charge of Deicide at the Vatican I, but due to the invasion of the Papal States and the arrival of Italian nationalist forces, the Council was adjourned sine die before the issue could be considered, so the Jewish plans were frustrated.
And so, a push for a new Council was embarked upon. It should be noted that all of the positions by the Jews noted above contradict the historic and consistent teaching of the Church, but nevertheless the above was their contention. In a nutshell, this position is that the Jews were innocent bystanders as regards Christ's crucifixion.
At the election of John XXIII (the second, not the first who was an anti-Pope), whom many have stated was a freemason and overly sympathetic to the Jews, Jewish groups developed and implemented a massive propaganda campaign of fake news against the Council Fathers. 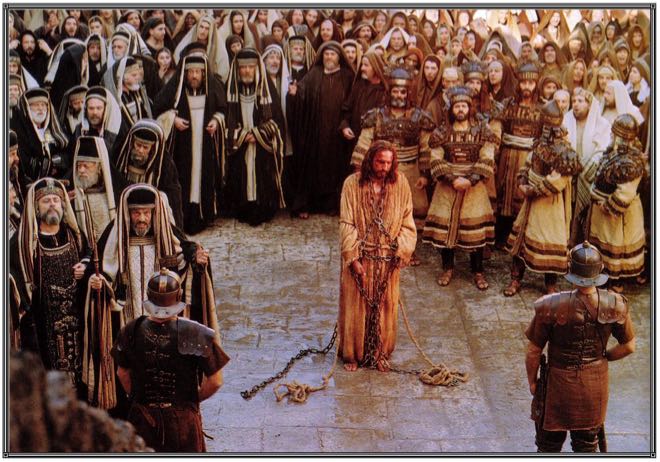 Through their international groups, news media and religious leaders, Jewish and otherwise, a crescendo of outrage and sympathy was generated in order to secure the desired changes to Catholic teaching. It was stated it was unjust that the Jews, who had recently suffered so much, had to still bear the outdated title and stigma of deicides. Indeed that it was imperative that teaching now is changed because of the Holocaust ― made possible because of Christian hatred through the centuries against the Jews.
We are assured today by these groups, and even seemingly Catholic ones, that the necessary changes to Catholic doctrine were indeed made, and that now Jews cannot and should not be proselytized or converted to the Catholic Church because the old Covenant has not been abrogated.
The Jews remain, we are told, the chosen and beloved of God. In this short work, we will simply give a very basic history of these efforts at Vatican II, the initial success of the Jews, and their final actual failure. We shall do this by regarding the Declaration on the Jews by Vatican II, and what the Church has actually stated and done.
This is not intended to be an exhaustive treatise upon the subject, as noted, but other works delving into the subject in more detail are referenced in the bibliography for those who now have discovered the truth wish to delve more deeply into the subject.
---
Prof. Dr. William G. von Peters holds numerous degrees including Professor of Humanities, Ph.D. in Religion, H.M.D. in Homeopathic Medicine, N.M.D. in Naturopathic Medicine and Masters in Oriental Medicine, and is a Hereditary Knight Commander of Justice of the Order of Saint John of Jerusalem, and a Knight Commander of Justice of the Order of Saint Stanislas. A traditional Catholic, Prof. von Peters is the proud father of 11 children and over 30 grandchildren. An avid traveler and speaker, Dr. von Peters is available for speaking to groups on Catholic and natural health topics.
-----
First Comment from Maryann
I figure you've posted all comments on the post above, but I've never seen a reference to the fact that the Talmud acknowledges Jewish responsibility for the death of Jesus Christ: Tractate Sanhedrin (43a) contains this passage:
Jesus was hanged on Passover Eve. Forty days previously the herald had cried, "He is being led out for stoning, because he has practiced sorcery and led Israel astray and enticed them into apostasy. Whosoever has anything to say in his defense, let him come and declare it."
As nothing was brought forward in his defense, he was hanged on Passover Eve. Is quoting the Talmud considered anti-semitic?

There is no doubt, that the takeover of the Catholic Church, By Jews, took place during the 2nd council of Rome. All you have to look at the drastic reforms, which followed

& continue as we speak- also look at the “ New” Pope agenda- quite clear for those who want to see !!

"A massive media campaign blitzed the Council Fathers to promote a change in Catholic teaching - nothing less than the exoneration of the Jews of complicity in the crucifixion of Jesus Christ."

IN OUR MODERN Information Age, CHRISTIANS STILL DO NOT UNDERSTAND THE (allegorical/spiritual) CRUCIFIXION STORY OR WHERE IT TOOK/TAKES PLACE. ARGUING ABOUT WHETHER THE HISTORICAL JEWS CRUCIFIED YESHUA IS POINTLESS. BELIEVING THAT GOD HAD TO CARRY OUT AN ACT OF EXTREME VIOLENCE VIA BLOOD SACRIFICE OF HIS ONLY SON IN ORDER TO REDEEM HUMANITY IS ANOTHER VERSION OF PAGANISM, SATANISM, AND SPIRITUAL INSANITY. (Religious mind control programming).

Revelation 11:8: And their body will be upon the street of the great city, which is called SPIRITUALLY Sodom and Egypt, WHERE OUR LORD WAS CRUCIFIED.

Mark 15:22: And they bring him unto the place Golgotha, which is, being interpreted, THE PLACE OF SKULL. (The same place Jacob became Israel)

Will You Crucify Messiah/Christ?
"The Lord Yeshua has said that his Kingdom is not of this world (John 18:36)
The Kingdom can never come upon the earth, because it is within us all (Luke 17:20-21)
Therefore, every day those who call themselves Christian are as Judas
When they crucify Messiah/Christ by the manner in which they live
In the manmade doctrines they cling to that alienates them from the Truth
When they embrace the culture, thinking and mindset of this world
So, do not ask who killed Messiah/Christ, or condemn the Jews of ages past
Because it is you who crucifies Messiah/Christ!
Because you fail to imitate the Pattern of Yeshua/Jesus and walk in TheWay”. A. Cronshaw.

That the "elder brothers" of KGB agent Wojtila do not need to convert in order to obtain salvation is a cruel lie of which they will be the first victims. And it works, always thanks to the same trick: it flatters pride. And secondly because it is based on spiritual laziness by making unnecessary any effort and pushes them to slide down the fatal slope of facility and complacency towards themselves.

The terrible thing is that, as always, it happens with the consent and participation of the victims, which makes them co-responsible.

Yes, the devil is undoubtedly the master of intoxication, which precisely consists in making the victim himself accomplish what will lose him.

I would think if the Jewish people are guilty of anything it is what St. Paul said in Hebrews 10

28 Anyone who rejected the law of Moses died without mercy on the testimony of two or three witnesses. 29 How much more severely do you think someone deserves to be punished who has trampled the Son of God underfoot, who has treated as an unholy thing the blood of the covenant that sanctified them, and who has insulted the Spirit of grace? 30 For we know him who said, “It is mine to avenge; I will repay,”[a] and again, “The Lord will judge his people.”[b] 31 It is a dreadful thing to fall into the hands of the living God.

Is this not the crux of everything? And as for Deicide why is it that whenever it's discussion comes up what is never mentioned is what Christ said;

I was raised Catholic but left the church in my teens shortly after Vatican 11. I left the Church to indulge in the sinful ways of the world. And, that turned out to be a big mistake.

The Catholic Church did me good, it taught me right from wrong and good from evil. I was never taught to blame the Jews for the crucifixion of Jesus Christ by any of my Nuns or Priests.

You can't hate the Jews and love God at the same time. If you do you're not loving those who might hate you.

All scripture was given by God to the Jews. There are no Gentile prophets, apostles, or disciplines. Contrary to popular belief, Luke was not a Gentile exception.

Moses, Jesus Christ, and Paul the Apostle all showed great love for the Jews even when they were being betrayed and persecuted by them. However, never did they go along or partake with them in their sinful ways or practices to appease them. That's not love.