The US Gifted China to the USSR 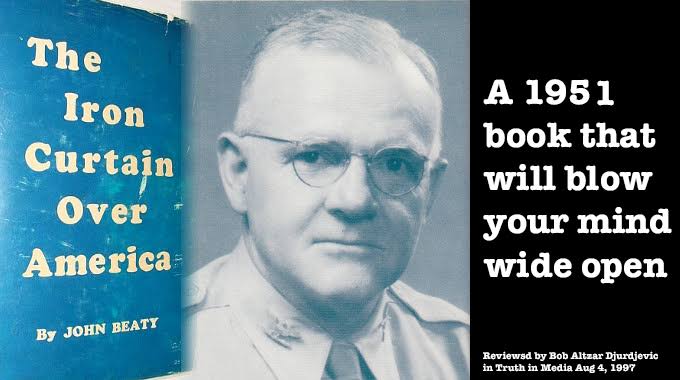 The Pro-Western and Christian China of the Chiang Kai Shek nationalist government was defeated by a Crypto Communist Western ZOG which cut off their supplies while the Soviet poured arms and ammunition to their Communist guerrilla army in China and creature Mao Ze Dong (the greatest genocider of all time).
The goal of Freemasonry is the triumph of Communism. Controlled by Freemasons, the US has been Communist for some time.
by Linde
(henrymakow.com)
Thank you for posting Brendon's essay, China is Rothschild Model for NWO.
In putting together the world hegemon, China and the establishment of Communist China by US ZOG under Soviet control should never be lost sight of. The Judaic Supremacy, of course, owns all the ZOGs East and West through its Global Banking Cartel. 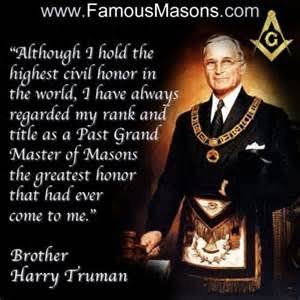 (The goal of Freemasonry is the establishment of Communism worldwide - i.e. the NWO)
But the Communist takeover of China is especially instructive because of the starring role given to President Harry S. Truman a 33rd Degree Mason and his brother Masons and Bonesmen in the high-ranking military and Dept. of State.
Nationalist China under the Chiang government was an ally of the United States in World War II.
Potentially, China would have been a great ally for the free world in the post war, if America and its government could have been won back from the US ZOG.
Even though it could not, the American people were, however, informed about the shift in the US China policy and this was quite probably the driving force into the Congressional Committees of the 1950s - the McCarthy Hearings and the Reece Committee on the Tax Exempt Foundations. 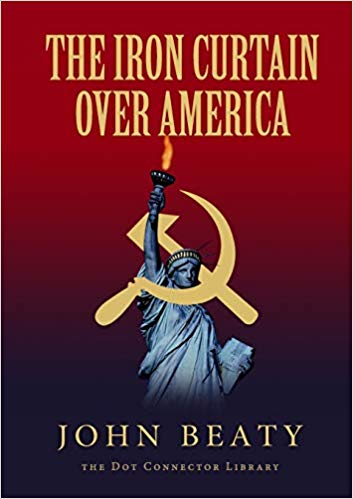 The betrayal of nationalist China is discussed in detail in Col. John Owen Beaty's "The Iron Curtain Over America" (1954: C. Wilkinson Publishing Co. 1717 Wood St., Dallas TX) . This is a classic work of European and American history and US military intelligence, the author having served in US Military Intel 1941-1945.
"The Iron Curtain Over America" was a New York Times bestseller and went through twelve printings. People knew about this. And in the Home and Parish school communities where I teach, this text is required reading for high school students. These are 'must knows' for the exams on the Communist Revolution of the 20th and 21st centuries.
Beaty covers the NBC national broadcast of the change in US China policy p. 115-116 with a full transcript of Congressman Joseph Martin (R-Mass.) statement to the House April 13, 1951:
"President Truman, on the advice of Dean Acheson, announced to the world, Dec 15 1945 that unless the Communists in China were admitted to the established government of China, aid from America would no longer be functioning. At the same time, Mr. Truman dispatched General Marshall to China with orders to stop the mopping up of Communist forces [Mao Ze Dong] which was being carried to a successful conclusion by the established government of China. Our new ambassador to China, General of the Army, George C. Marshall, confirmed under White House directive to the dicta of the State Department's Communist inclined camarilla and made further efforts to force Chiang (General Chiang Kai Shek) to admit Communists to his government in the effective numbers , no doubt which Truman demanded in his statement of December 15, 1945." [ Note to the 21st century reader - the Mainstream mediawhorejobs and FAKENN had completely censored Communist atrocities and terrorism by the forces of Mao Ze Dong. The Chinese Communists were represented to the goy plantations of the West as 'agrarian democrats' ] 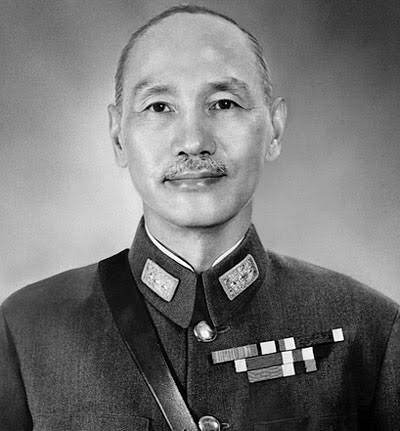 Beaty continues " When it came to his Chinese people and their nation, the great Chiang Kai Shek left, proved incorruptible. He would not be bribed by promised 'loans' and thus avoided the trap with which the US State Dept. ensnared Central Europe for Communism. He was accordingly paid off by the mishandling of supplies already en route, so that guns and ammunition did not make the connection - as well as by the complete withdrawal of American support threatened by President Truman.
"Thus, President Truman, Ambassador Marshall and the US State Dept. organized the fall of nationalist China to Soviet control. "
Like the Rhodesians, the army of General Chiang was mopping up Communist guerrilla forces supplied, trained and directed by the Soviet Union , forces that were committing atrocities on the Chinese population.
They were mopping up and their army could not be defeated in the field. The Pro-Western and Christian China of the Chiang Kai Shek nationalist government was defeated by a Crypto Communist Western ZOG which cut off their supplies while the Soviet continued to pour arms and ammunition to their Communist guerrilla army in China and creature Mao Ze Dong (probably the greatest genocider of all time).
The US ZOG threw our faithful ally of WWII under that bus citing ye olde 'corruption' schmo-screen in the nationalist Chinese government. The Shanghai Conspiracy by Major General Charles A. Willoughby, preface by General Douglas MacArthur (1955: Dutton) published the entire bag of worms for the information of the American public.
----
Related - Jewish Faces in Communist China