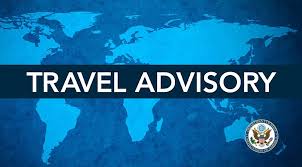 US Travel Advisory --  Reconsider travel to Nicaragua due to civil unrest, crime, limited healthcare availability, and arbitrary enforcement of laws. Throughout Nicaragua, armed and violent uniformed police or civilians in plain clothes acting as police ("para-police") continue to target anyone considered to be in opposition to the rule of President Ortega.
The Zionist right-wing of the Illuminati want to remove Daniel Ortega much like Nicholas Maduro in Venezuela. They are behind the attempted color revolution in April 2018. I am visiting Nicaragua and can vouch that the country is peaceful and charming. The disturbances ended 18 months ago. As Stephen Coleman comments, its murder rate is half that of Costa Rica. The people are friendly and law-abiding. Healthcare is free or subsidized. But they are suffering because of the Travel Advisory's effect on tourism. Many US ex-pats like author Gabriel, below, who have small tourist-related businesses also suffer.
Gabriel says Ortega has been good for Nicaragua and Zionist occupied US is out-of-line as usual.
See Marcos' Rebuttal Below
The Destabilization of Nicaragua Oct. 1 , 2019
by Gabriel
(henrymakow.com)
Last year there was a revolution that very few people heard about. The powers that be came down hard on Nicaragua, and its President Daniel Ortega.
This story needs sharing. It is a very different story than the propaganda about Nicaragua that's been on display in the mainstream media going on two years. 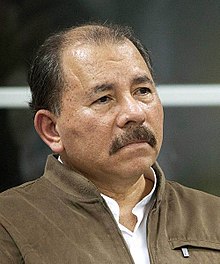 Daniel Ortega is the former commander of the Nicaraguan Guerrilla Army. His army fought off the Contras and the Somoza dictatorships during the 1980s. Ortega became the President of Nicaragua for the first time in 1985 until 1990. In 2007, he became the president again. Then in 2011, Ortega was again elected, receiving 62% of the votes.
During the time after Ortega took office, the county improved in many areas. Under President Ortega, Nicaragua's infrastructure improved; the poor were better off; Ortega got extra tough on narco-trafficking, and his administration encouraged and attracted tourism. Nicaragua is still one of the top three safest countries in Central America. In Nicaragua, there is considerably less violence than in  neighboring countries.
PERSONAL
I have witnessed first-hand how President Ortega has improved the lives of Nicaraguans. Back in 2005, not liking the direction the United States was taking, my wife and I invested in a property in Nicaragua. This was before Ortega was elected. And after Ortega came into office, everything in Nicaragua seemed to improve. I personally enjoyed a successful vacation rental business, and all over the country, tourism boomed. 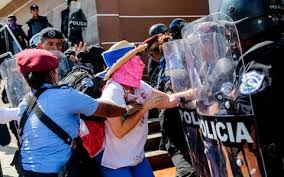 In April 2018, violence in the streets broke out. Hundreds of people were rioting, looting, and burning. The excuse for these "peaceful protests?" A change in social security requiring larger premiums. Recommended by the World Bank no less...
Ortega listening and respecting the cries of the people, reversed the controversial law. Still, there was a concerted effort to demonize him. It was as if nobody actually really cared about the unfavorable social security law. It was a pretext to overthrow the government.
During the riots and chaos, Ortega sent in police to keep the order. Seemingly on cue, the Western media reacted by demonizing him. There have been comparisons between Ortega and "bad" leaders like Chavez and Maduro. Comparisons between Nicaragua with China, Venezuela, Russia, and Iran. You know, all the "bad guys".
Then after 2 months of violence, the country pretty much went back to its quiet and peaceful self. Yet, the United States government still warns tourists not to go. Sadly, the US has now put financial sanctions on the already down-and-out Nicaragua.
Ortega might not be a saint; there are accusations of corruption and personal enrichment during his presidency, and also of political favoritism.  But compared with the Illuminati-backed opposition he is an angel.
Most people in Nicaragua are really poor and were really hurting before he came up.  He made education and health care a lot more accessible to them.  He gave roofs and other stuff to help with their decrepit houses; also gave pigs and cows to the farmers.
The country's infrastructure, in general, got much better; I personally noticed the improvements in the roads.  Crime, violence and drug smuggling decreased noticeably.  Tourism boomed, which created a lot of jobs and improved the country's economy in general.  Nicaragua was going well. There was no reason for discontent apart from Ortego possibly enriching himself and his allies, and running up a large debt for Venezuelan oil.
ILLUMINATI SIEGE
The Illuminati siege continues to this day. And Nicaragua has now descended into an economic crisis. It seems like the color revolutions in Tunisia, Egypt, Ukraine, etc.
The attack comes from hijacked opposition and infiltrated university professors helping to mold students to be useful idiot revolutionaries. With the American Embassy providing coordination! Unleashed mercenaries, and the whole production. And of course, the complicit church playing a role.
James Phillips, a Professor of Anthropology at Southern Oregon University has been spending a lot of time in Nicaragua since the 1980s. This is what he said: 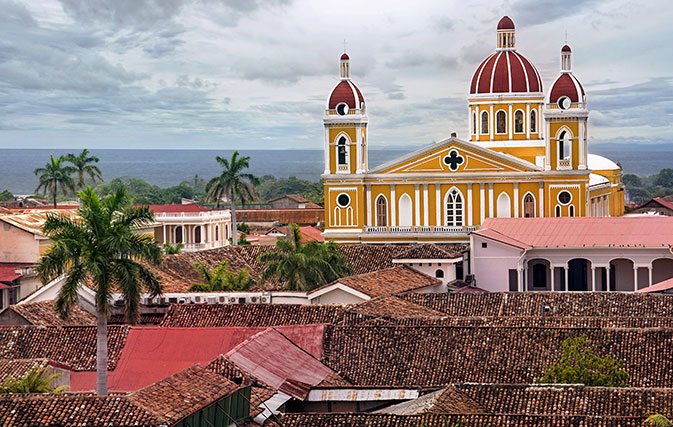 The United Nations has cut funding to Nicaragua because abortion is illegal there. That should say everything.

I honestly don't know what it takes to get people to not believe mainstream media. Maybe it takes hours and hours of reeducation but who has the time and resources for that?

As I know with Ortega Nicaragua was growing al 7% rate and made a good government at least in economic matter.. This was not good for USA that want regimen change in Nicaragua.

USA promote manifestations against government ( same as in Hong Kong, Russia, Syria Ukraniann Irak, Iran etc. a color revolution) and sanctions to slow down the economic grow of Nicaragua.

Marcos talk about communism and dictatorship as I do not live in Nicaragua I can not tell you a sure opinion but Somosa dictatorship and narco government was better? Nicaragua promote narco traffic?? Any proof, evidence.??

Is easy to Nicaragua to made drug traffic.??

At least to the USA I do not think so and as I know there are not accusation to traffic drugs to Europe. Recently I see the film about Barry Seal and the narco traffic. Was the CIA that organize all the drug traffic with Colombian and Mexico drug cartels.

. Few months later this accusation against the CIA Pablo Escobar son and his mother receive and accusation of money laundering quite sure to silence he. When CIA and DEA fight drug traffic looks as they are eliminating competence in the business .

Marcos also mention that Marxist Nicaragua promote homosexuality and destruction of family. Any proof of that? As I know this is the agenda of the globalist Soros and Rothschild.

USA want regimen change not because Nicaragua is Marxist is because Nicaragua is ally of China Russia, Iran etc. and this countries are opposition to globalist agenda and domination as where Germany and Russia in the XX century. Globalist ate Russia if is government by the Zar, communist URSS or capitalist as is now. Is just a rival.

Anthony Migchels, observations are perfect the only thing I will add is that if any high-level Masons would come upon this article they would read it and smile from ear to ear ...

the 2 points of view that are shown by Gabriel and Marcos are a perfect example of the Occult Luciferian Masonic Hegelian dialectic ... in this situation, Crony Capitalism is one thesis, Socialism/Communism/Marxism is the antithesis and the synthesis is the Chinese model of Market Capitalism and Communist-style political governing. I believe this Chinese joint synthesis model is what the international elite are planning for the entire globe but before that happens both the thesis and antithesis need to be completely shown to be failures ... then the white knight (the Anti-Christ) will come with his synthesis solution.

They're both right: Ortega probably improved things in some respects, but of course, he's a Marxist,

Key tell -: Nicaragua's private sector is getting gutted, just as Chavez did to Venezuela. And this spells doom in the long term, no doubt about it.

Capitalism steals with 'making money with money': Usury, rents, speculation, pure parasitism without adding anything to the economy, under State enforcement. The Police never have time to 'fight crime', but when a Landlord needs some muscle to kick a family out of their home because they can't cough up the insane rents, he can always count on the State to send a few State thugs to do his dirty work for him.

ONLY interest-free economics can bring real prosperity and economic and social equity for the masses. ONLY working people and entrepreneurs create wealth, and Capitalism is the economy of parasitism through 'making money with money', under State enforcement, and Communism is just outright theft by the State.

Banking is lending at interest, so quite clearly the solution is interest-free loans.

But it's all just a little too simple for all the smart people, especially the money-loving 'Christians' and their Bible, which vociferously denounces Usury in the strictest terms.