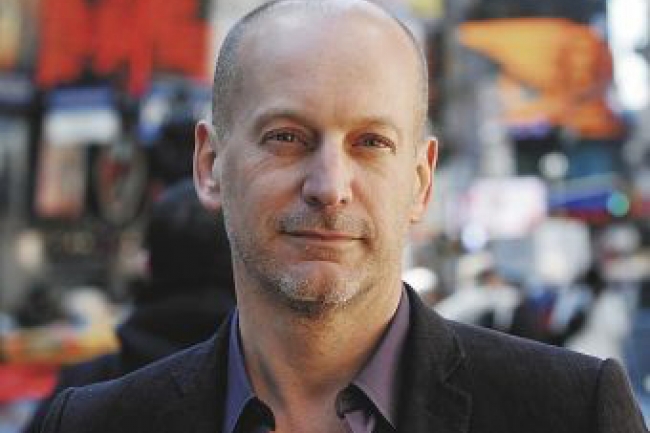 Left, Jon Stryker, 62, is the heir to namesake Stryker Corp., a medical device and equipment manufacturer. He has given nearly $250 million of his personal wealth to groups supporting gay rights and Jewish settlers in Arab East Jerusalem.

There is nothing spontaneous or grass roots about the LGBT movement.  Cabalist Jews are using gender dysphoria to destabilize society.

Thanks to them, the LGBT rights agenda--note the addition of "T"--has become a powerful, aggressive force in American society. Its advocates stand at the top of media, academia, the professions, and, most important, Big Business and Big Philanthropy.

The Billionaire Funding the LGBT Movement

Not long ago, the gay rights movement was a small group of people struggling to follow their dispositions within a larger heterosexual culture. Gays and lesbians were underdogs, vastly outnumbered and loosely organized, sometimes subject to discrimination and abuse. Their story was tragic, their suffering dramatized by AIDS and Rock Hudson, Brokeback Mountain and Matthew Shepard.

Today's movement, however, looks nothing like that band of persecuted outcasts. The LGBT rights agenda--note the addition of "T"--has become a powerful, aggressive force in American society. Its advocates stand at the top of media, academia, the professions, and, most important, Big Business and Big Philanthropy. Consider the following case. 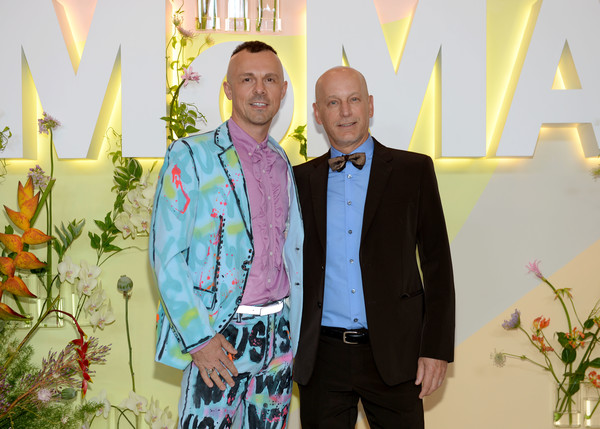 Jon, heir to the fortune, is gay. In 2000 he created the Arcus Foundation, a nonprofit serving the LGBT community, because of his own experience coming out as homosexual. Arcus has given more than $58.4 million to programs and organizations doing LGBT-related work between 2007 and 2010 alone, making it one of the largest LGBT funders in the world. Stryker gave more than $30 million to Arcus himself in that three-year period, through his stock in Stryker Medical Corporation.

Stryker founded Arcus right when the AIDS epidemic was being brought under control in the U.S. Before he started Arcus, he was president of Depot Landmark LLC, a development company specializing in rehabilitating historical buildings. This would serve him well when he later renovated space for Arcus in Kalamazoo. He was also a founding board member of Greenleaf Trust, a privately held wealth management firm also in Kalamazoo.

Jon's sister Ronda Stryker is married to William Johnston, chairman of Greenleaf Trust. She is also vice chair of Spelman College, where Arcus recently bestowed a $2 million grant in the name of lesbian feminist Audre Lorde. The money is earmarked for a queer studies program. Ronda and Johnston have gifted Spelman $30 million dollars overall, the largest gift from living donors in its 137-year history. She is also a trustee of Kalamazoo College (where Arcus bestowed a social justice leadership grant for $23 million in 2012), as well as a member of the Harvard Medical School Board of Fellows.

Pat Stryker, another sister to Jon, has worked closely with gay male Tim Gill. Gill operates one of the largest LGBT nonprofits in America and has been close to the Stryker family since Jon created Arcus. In 1999, Tim Gill sold his stakes to Quark, his computer software company, and went to work running the Gill Foundation in Colorado. Working closely with Pat Stryker and two other wealthy philanthropists, who together became known as the four horsemen due to their ruthless political strategies, they set out to change Colorado, a red state, to blue. They proceeded to pour half a billion dollars into small groups advocating LGBT agendas. Gill noted in his opening introduction for Jon Stryker at the 2015 GLSEN Respect Awards that, since knowing each other, he and Jon have "plotted, schemed, hiked and skied together," while also "punishing the wicked and rewarding the good."

Prior to 2015, Stryker had already built the political infrastructure to drive gender identity ideology and transgenderism across the globe, donating millions to small and large entities. These included hundreds of thousands of dollars to ILGA, an LGBT organization for equality in Europe and Central Asia with 54 countries participating, and Transgender Europe, a voice for the trans community in Europe and Asia with 43 countries participating (Transgender Europe has also funded smaller organizations like TENI, Transgender Equality Network Ireland).

In 2008 Arcus founded Arcus Operating Foundation, an arm of the foundation that organizes conferences, leadership programs, and research publications. At one 2008 meeting in Bellagio, Italy, 29 international leaders committed to expanding global philanthropy to support LGBT rights. At the meeting, along with Stryker and Ise Bosch, founder of Dreilinden Fund in Germany, was Michael O'Flaherty--one of the rapporteurs for the Yogyakarta Principles on the Application of International Human Rights Law in Relation to Sexual Orientation and Gender Identity (principles outlined in Indonesia in 2006). With the Yogyakarta Principles, the seeds were planted to bring in and attach gender-identity ideology to our legal structures. O'Flaherty has been an elected member of the United Nations Human Rights Committee since 2004.

In 2013 Adrian Coman, a veteran of George Soros's Open Society Foundations (a driver of transgender ideology that has begun initiatives to normalize transgender children), was named director of the international human rights program at the Arcus Foundation, to drive gender identity ideology globally. Previously, Coman served as program director of the International Gay and Lesbian Human Rights Commission. And in 2015, Arcus worked closely with and funded NoVo Foundation programs for transgenderism. NoVo was founded by Peter Buffett, son of billionaire Warren Buffett.

These programs and initiatives advance gender identity ideology by supporting various faith organizations, sports and cultural associations, police department training and educational programs in grade schools, high schools (GLSEN, whose founder was brought to Arcus in 2012 as board of directors, has influenced many K-12 school curricula), and universities and medical institutions--including the American Psychological Foundation (APF). Arcus funds help APF (the leading psychology organization in the United States) develop guidelines for establishing trans-affirmative psychological practices. Psychologists are "encouraged" by those monies to modify their understanding of gender, broadening the range of biological reality to include abstract, medical identities.

Concurrently, Arcus drives gender identity ideology and transgenderism in the marketplace by encouraging businesses to invest in LGBT causes. Lest we forget, Stryker is heir to a $13.6 billion medical corporation. One only has to look at the corporations supporting LGBT during pride month this year to ascertain the success Arcus has had in this arena.

As the example of the Arcus Foundation shows, the LGB civil rights movement of yore has morphed into a relentless behemoth, one that has strong ties to the medical industrial complex and global corporatists. The pharmaceutical lobby is the largest lobbying entity in Congress. Although activists present the LGBT movement as a weak, powerless group suffering oppression and discrimination, in truth it wields enormous power and influence--power it increasingly uses to remake our laws, schools, and society.

This is important information to know and I'm glad Jennifer Bilek wrote this article. I've learned a lot from her research. However, I strongly disagree with her characterization of homosexuals as "struggling to follow their dispositions" being vastly outnumbered "underdogs" subject to 'discrimination and abuse' along  with their 'tragic' "suffering" from AIDS. Give me a break.

You either approve of this behavior or you don't. You can't sit on both sides of the fence. Their 'suffering', as she puts it, has been totally SELF IMPOSED by volition and choice. It's an addictive, compulsive behavioral disorder that should be treated and not indulged.

When reviewing the actions of the individuals named here, we can clearly see the same pattern of installation of these nation-destroying, family-destroying, morality-destroying agendas being employed: naked BRIBERY coupled with blacklisting and character assassination in the JWO media for those who won't play along. You see it over and over again. These Jewish billionaire sodomites are trying to destroy America and all that it stands for. They need to be seen and treated as the TRAITORS they are along with their bribed minions and their corporate sponsors

We can't idly by while these satanic schemers destroy this nation.

The real Christians made the proper comment here centuries ago:

"The 4 Sins that Cry Out to Heaven
Willful murder

The sin of Sodom

Oppression of the poor

Defrauding laborers of their wages"

Interestingly, the real talmudists excel in each one of these most horrible sins.