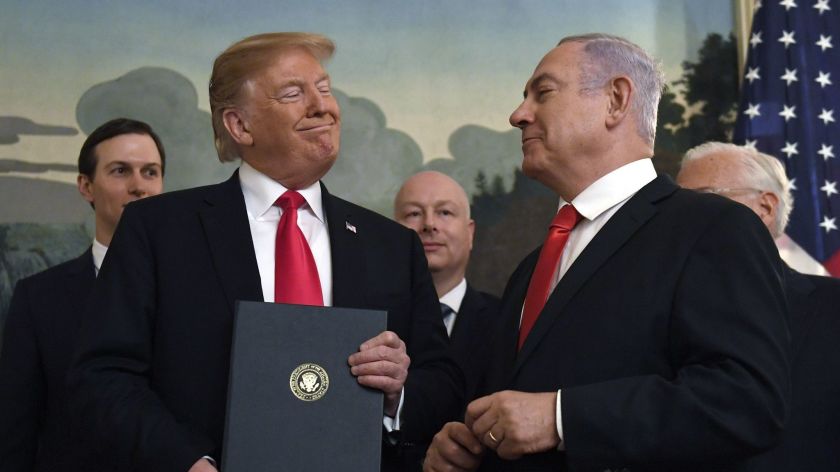 THE WEST WILL JOIN THE ANTICHRIST
by Juan
(henrymakow.com)

As have been said several times, right-wing and left-wing, Zionism and Communism are just two sides of the same coin, a charade for gullible and stupid masses. Nevertheless the trick continues being effective and nowadays millions of white people are embracing the Zionist right-wing represented by Donald Trump, Boris Johnson, Steve Bannon, Matteo Salvini, Jair Bolsonaro, etc.

Although there are honest individuals inside this right-wing political groups, as well as also exist good hearted liberals, they are serving unwillingly the Hegelian dialectic of Zionism.

The final goal of Talmudic Phariseeism always has been, is and will be the arrival of the Jewish Messiah and the dominance of Jewish tribe over all other tribes and peoples of the World and the political dialectic between right and left, initiated during French Revolution is but a way to achieve this final, eschatological goal.

During XIXth and XXth centuries Cabalist masters that control this Satanic cult called Western Society (influenced by Cabala since Renaissance and under its control since American and French Revolutions) created wars, political and military leaders, revolutions and ideologies just in order to serve at long term the arrival of Jewish Messiah, the Antichrist.

Cabalists lifted up Napoleon Bonaparte in order to transform the mentality of Europeans, turning them from God and king to Atheism and nationalism, just to be finally defeated and allow the progressive advance of Zionism to continue. There is no necessity to mention how they also lifted

up Hitler and the Nazis just to eliminate assimilated jews and force Jewish people to migrate from Europe to Middle East or how the Soviet Union was financed and sustained by Western bankers just to advance atheism and to maintain the phoney Cold War after World War Two, allowing also the spreading of American/Western counterculture of the 60s over the whole planet.

Nowadays we are probably reaching the final stages of Jewish dominance over humanity and the left-wing Soros controlled branch of the charade is just playing its role, the Sabbatean one, in the Jewish Messiah's coming; they are spreading such incredible Sabbatean abominations (abortion, ,crime, homosexuality, transgenderism, havoc in everything and everywhere) over the World that eventually Western societies will wellcome Noahide Laws as Spiritual Life and Fullfilment of God's Promises.

The essence of Sabbateanism/Frankism is to foster the coming of the Jewish Messiah through sin, and just this is what they are doing, but it doesn't mean that their Messiah will be Sabbatean/Frankist but just the head of the global theocracy of a tribe where the human cattle will be happy being slaves to usury and without Spiritual Life, just obeying their masters and living in well organized/planned societies owned by bankers and designed by cabalists.

As well as the ideologies it created, Sabbateanism/Frankism has planned obsolescence.