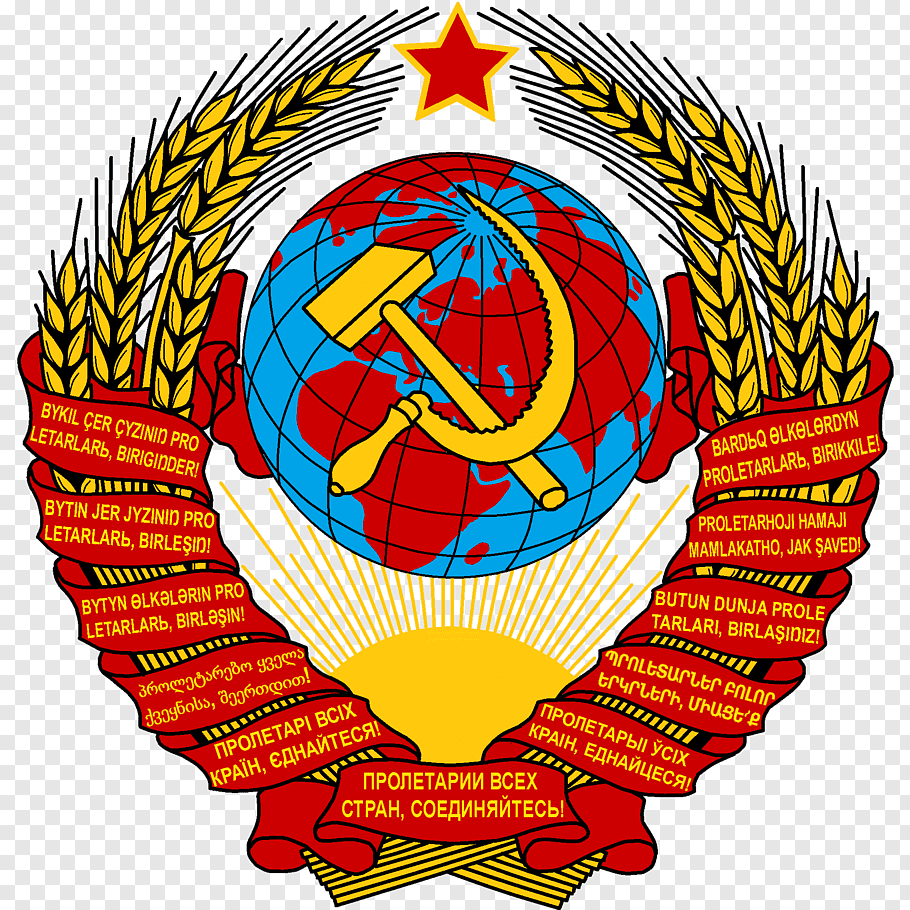 Cabalist Banker World Domination: A Peak Behind the Curtain
The World Wars were machinated to further the objectives of their Satanist Revolution.  Helpfully they depicted the soviet of Greater Khazaria Israel (to use Rebbe Menachem Schneerson's term) on the Soviet Union's Coat of Arms (left.)  It is the entire landmass of what today is regarded as Asia, Europe, the Middle East and Africa - the greater soviet of the NWO.
by Linde
(henrymakow.com)
The Communist seizure of the lands south of the Zambezi tells us everything we need to know about Israel's expansionism, as well as the Soviet / Israel programme of Eurasianism.
The Bolshevik Jews seized Russia and Eurocided the most numerous European ethnicities: the Russians or Kievan Rus to establish their Soviet Union. They created Israel from both their  the Eastern ZOG (USSR) and monopoly capitalist operations in the Western ZOG.  The classic quote from Chaim Weizmann sums it up: https://www.azquotes.com/quote/1003933 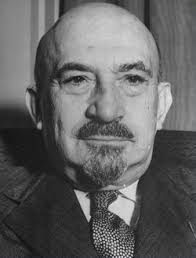 "We are one people,  despite the ostensible rifts, cracks and differences between American and Soviet democracies. We are one people and it is not in our interests that the West should liberate the East , for in doing this and in liberating the enslaved nations , the West would inevitably deprive Jewry of the Eastern half of its world power."
Africa always was and always will be tribal.  In SA we see up close and personal the Eurocide as a feature of brutal tribal war in the service of the Communist Revolution - over which the African National Council and its front the ANC still presides at the behest of the Judaic Supremacy - namely,  the Oppenheimer Branch of the Rothschild central banking cartel. 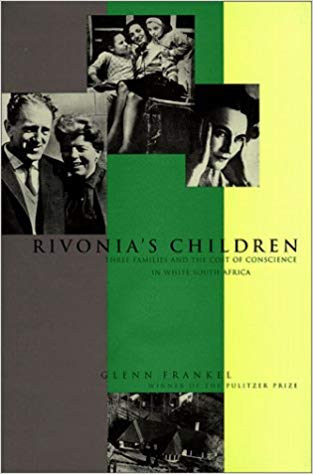 The SA term for this is helpfully provided in these essays: the "Randlords."    These are Jewish Oligarchs.  The Randlords are the entrepeneurs of the Oppenheimer gold and diamond cartel with mansions in Braamfontein.
Pulitzer Prize winning author Glenn Frankel, also bureau chief for the Washington Post in SA (1983) wrote an excellent tribute to the Jewish Communists in South Africa: "Rivonia's Children" (1999) A classic.
Every nation in Africa is now owned by the BIS cartel.  And they are STRAP'd with Structural Re-adjustment Policies on the loans for the African National Council's Communist Revolution - payment of the entire alphabet soup of Black guerrilla armies that they trained in Moscow, Beijing, North Korea, Cuba. They are for the bases they set up in places like Itumbi Reefs near S Tanzania and for all the supplies they bought from the Warsaw Pact during the course of the Communist Revolution in Africa.   During the 'Cold War' - the hot war of the Communist Revolution with the national populations was in South East Asia and Africa.
So now, following the Marxist Protocol mapped out by Yuri Bezmenov, the Communist government of SA is now pursing a policy of normalization.  In Marxist terms this is sovietization where the population is all squashed down to democratic, proletarian equalism.
In Russia, in Africa, in the US and Europe - all nations seized by the Communists either through subversion or revolution - are made to undergo sovietization.  The MO for this is the oligarchical  sistema of crime and corruption enabled by the Kakocracy of the Marxist state.
It is good to see some Blacks in the US waking up to this, to wit Colion Noir's video: "Michael Bloomberg Proves Why Gun Control is Racist with Video He Blocked".
The takeaway from Bloomberg - " You have to get the guns out of the hands of people who are getting killed."
Colion gets it for the Blacks and their tribal/gang warfare in the US and their Black entitlement to crime against Whites. But it also applies to the right of White self-defense against the sistema.
-----
Linde adds:
I consider Frankel's work to be so important that I have it in hard copy from Book Depository.  It follows the lives of the lives of three Jewish families - Communists who served the cause of the Bolshevik  Revolution in Africa and were the Big Machers of the ANC - enablers, handlers, fixers right in the thick of Anti-Apartheid - which, of course, was the battering ram of the Revolution.
The unique Jewish intensity, convictions, organisation, sacrifice and effort is all captured by Frankel.  One does not have to agree with their politics in order to find these people sympathetic and even admirable.  That is why it is great work.
https://networks.h-net.org/node/10670/reviews/10895/eidelberg-frankel-rivonias-children-three-families-and-cost-conscience
https://www.bookdepository.com/Rivonias-Children-Glenn-Frankel/9780753810996