Mike Stone- I Married a Feminist 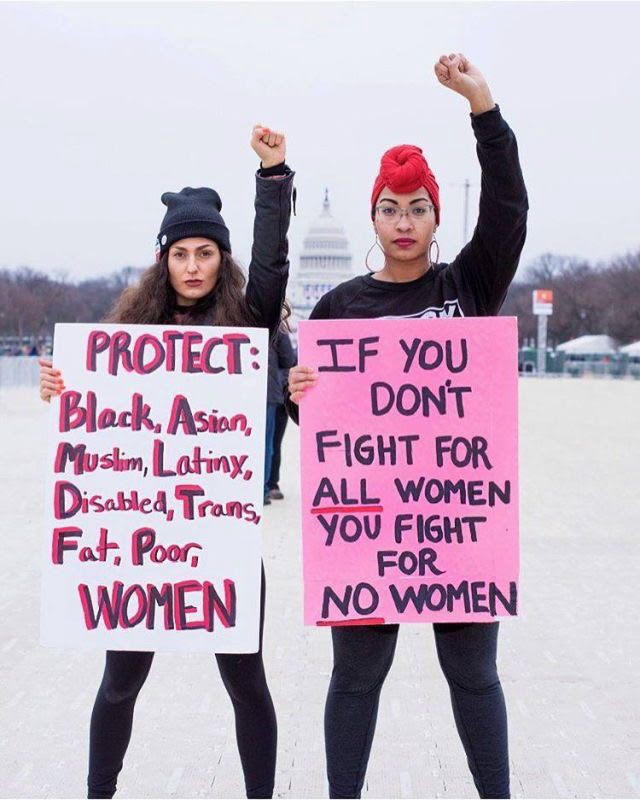 A Satirical Poem about Female Folly
(not to be taken literally.)
I Married a Feminist  by Mike Stone
The wedding was great, all that I'd dreamed.
I had no way of knowing how bad I'd get reamed.
I loved her, yes, that much is true.
How was I to know she'd dye her hair blue?
A nose ring came next, followed by tattoos.
Where was my wife? What did I lose?
"You're married," I told her, "You look like a joke."
"The reason you think that," she said, "is because you're not woke."
"My hair and my nose ring and all that you see,
Are a break from the past, they show the new me.
I don't like this marriage, I feel tied down.
And from your face, wipe off that frown."
"I want a career, I want so much more
Raising our children is, oh, such a bore."
"That's your job," I told her, "it's what mothers do."
"I knew it was a mistake," she said, "to get married to you."
Her new career was spending hours on the web
Posting pictures of herself, half naked in bed.
When I saw what she was doing, we had a big fight.
It lasted all day and into the night.
"You're a mother," I told her, "how can you do this?"
"Incels pay money," she said, "so I blow them a kiss."
She drowned me out singing, "I'm a woman, hear me roar,
Men sending me money, doesn't make me a whore." 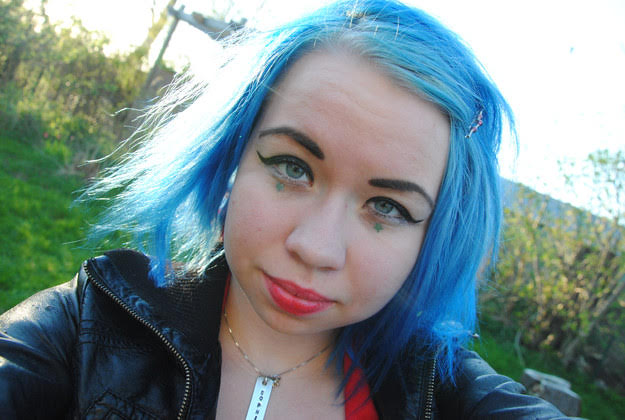 She became active in politics, marching and screaming,
With other young women, their anger teeming.
Raised with privilege, and every advantage you can name,
Yet there they were marching, all looking the same.
"I support open borders," she said, "like an overflowing cup.
With more men to compete for me, my value goes up.
I don't care about the country, I don't care about crime.
I care about me, and my feelings are prime."
She told our young daughter that all men oppress,
She told our young son to wear a frilly red dress.
"He's going to be a girl," she said, "all proper and prim.
If I can't hurt you direct, I'll get you through him."
She sued for divorce, calling me a great villain.
She said I was cruel, a menace to all women.
There's no way she wins this, I thought, but the joke was on me,
Because the judge wore a cap shaped like a pink pussy.
She gave my wife everything, the kids and the house.
She shook her gavel at me, and called me a louse.
I married a feminist, now I'm lonely and broke.
I guess you could say, I've become fully woke.
--------------------
Mike Stone is the author of A New America, the first novel of the Alt-Right, a dark comedy set on Election Day 2016 in Los Angeles - - Available on Amazon.
Picture Gallery 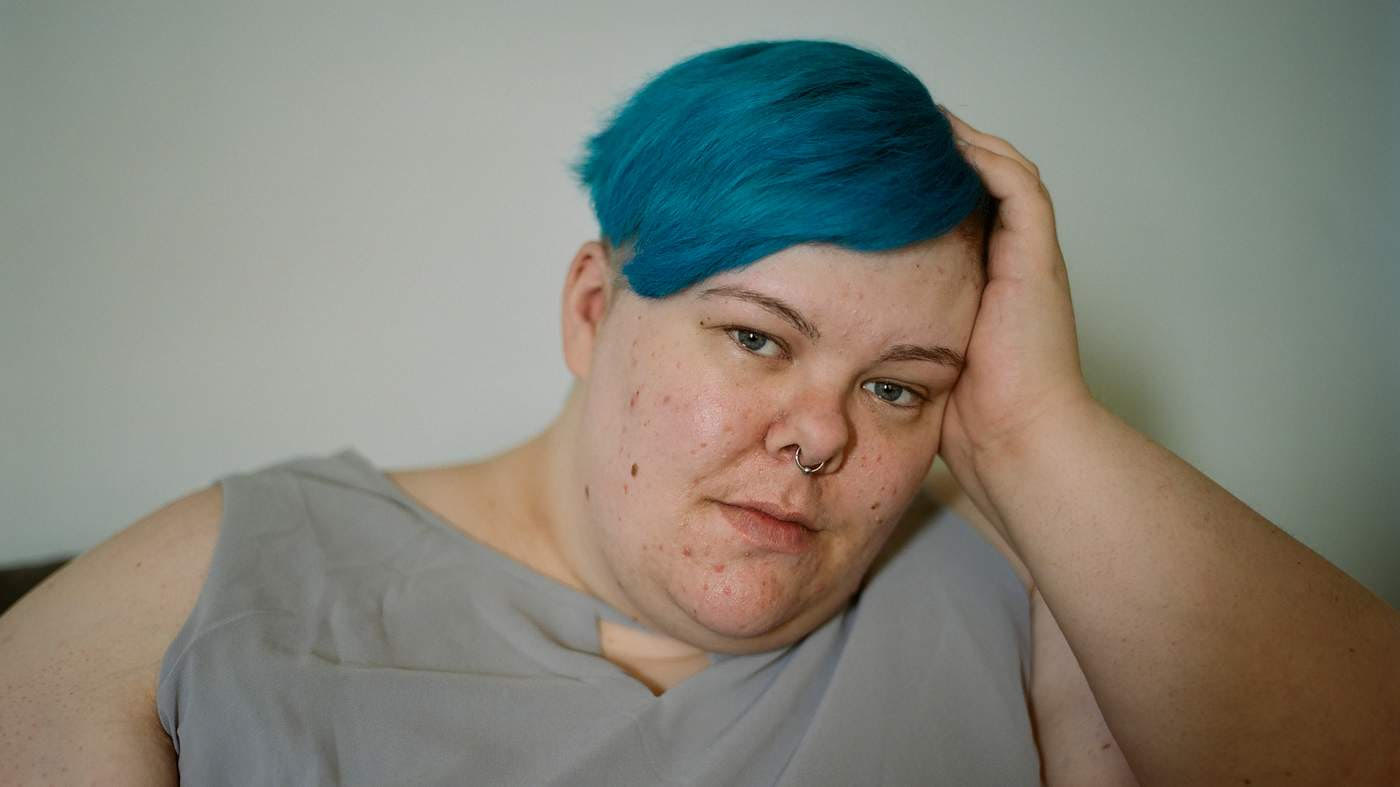 Comments for "Mike Stone- I Married a Feminist"

it is an accurate presentation of The Post WWII Marxist divide and conquer between the sexes.

Now we live in a time when women truly hate men with a passion. I say this because I know through experience. Women mostly ignore me or just pretend that I do not exist in their Red Universe. But what can you do. As long all The Women pledge allegiance to The Anti Sex League , Big Brother and The Thought Police will be extremely satisfied.

Sometimes, I feel that it is better if I do remain on my own and give all my love to my cat. Cats are far superior to women!

Keep up the good work.

I feel bad for Mike.

At my tender age of 73, I asked a lady out who was 62. She looked great. She was short, pretty, and she had a nice figure. My general rule is to not date anyone, especially at my age. What’s the point? I guess I still have the instinct to want a woman. I call it an attack of the hairy clam. It’s having a desire for something that can never do me any good.

Once we sat down for a couple of drinks, she told me she was a retired school teacher. My alarm bell went off and I was not disappointed. She went into this feminist diatribe that was so bad the thought crossed my mind that maybe I should cut my gadget off. It was that bad. She didn’t have the tattoos or blue hair. But feminists are women from hell.

She constantly hit the cocktail table with her thumb saying that she will never be under the thumb of any man.

She was really getting under my skin when I decided to let her know I am a homophobe. This was like lighting a fuse on a stick of dynamite. She went absolutely berserk. Kinda fun to watch since this relationship wasn’t going anywhere.

How any self-respecting woman can buy into the idiocy of feminism is beyond me. It is as stupid as thinking of socialism has anything of value.

I feel bad for Mike but my guess is that he ignored some warning signals. Young men need to be really careful who they marry. Do not ignore your instinctive warnings. I’ve made the same mistakes. I’m planning on remaining in “monk mode” for the foreseeable future.

I might suggest that a man keep his rocket in his pocket until he gets married.