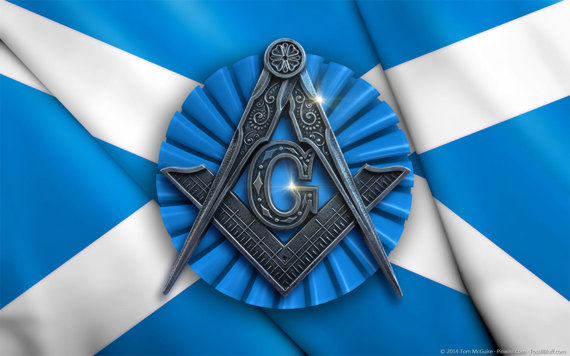 "Why is a "national" party deliberately seeking to destroy its own country? I surmise there is some outside influence that has bought the SNP and props up the government while these damaging policies are implemented. If this is the case, is it new, or has Scotland always been in the dark about who are the power brokers?"

Josie Shepherd is the pen name for a Scottish woman who detects a "hidden hand" directing Scotland into a ditch. Of course, we are talking about Freemasonry which has rotted out the West.

Nothing is covered up that will not be revealed, or hidden that will not be known. Therefore whatever you have said in the dark shall be heard in the light, and what you have whispered in private rooms shall be proclaimed on the housetops.

These are the words of Jesus from the Gospel of Luke chapters 8 and 13. When I was young, I feared my sins would be exposed in some horrifying way. Now, I am anxious for these words to be fulfilled because I am frustrated by the things done by others in secret. I don't mean my friends and other regular Joes. I'm talking about those who wield power over us.

We, the public, are kept in the dark on purpose. And, unfortunately, many of us are willingly ignorant. As the evidence is revealed about the chemical weapons attack in Douma, Syria, most people still accept the "official narrative". Assad attacked his own people, so Western intervention is fully justified. We want to believe the lie.

Scotland seems to be a place where we will continually swallow lies and cry out for more. Our current administration has failed on every conceivable front but they continue to hold power because so many voters are convinced the next independence referendum is just around the corner.

Considering the ruling party is called the Scottish National Party, it's hard to imagine a party with policies more damaging to Scotland. The next generation will be barely literate if things continue as they are.

So why is a "national" party deliberately seeking to destroy its own country? I can only surmise there is some outside influence (perhaps the UN) that has bought the SNP and props up the government while these damaging policies are implemented. If this is the case, is it new, or has Scotland always been in the dark about who are the power brokers?

The SNP is able to gain votes by blaming the English for everything that is wrong with Scotland. Much of our national identity seems to come from being wronged over the centuries by bigger and stronger neighbour. Never mind that it was a Scottish king who united the crowns in 1603.

Interestingly there was some outside influence in the maintenance of the Union during the Jacobite rebellion by Bonnie Prince Charlie. Charles Edward Stuart sought to restore the House of Stuart to Scotland after the House of Hanover had taken over in 1714 following the death of Queen Anne. 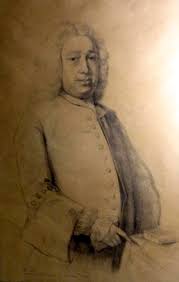 His efforts were thwarted largely due the financial assistance of a Jew, Sampson Gideon (1699-1762.) Gideon was living and working in London at the time. Financial problems hindered the British from immediately quashing the rebellion, but Gideon's intervention stabilized the situation, forcing the Jacobites into retreat and eventual defeat. It's hard to know whether Gideon cared one way or the other about the rebellion, but what is certain is that he made a lot of money from the battles.

During the 2011 census, there were only 5,887 Jews living in Scotland. There were around 20,000 when the population was at its peak around the middle of the 20th century. While Jews are considered to be largely benign in Scotland, reading and the Wikipedia page "History of the Jews in Scotland" one could be forgiven for cynically thinking that Jews seem to follow money around the world, as they were able to capitalize on the wealth coming into Scotland through the Empire. (See also Sampson Gideon above. He made a large personal gain by potentially changing the history of a whole country.)

Having been brought up in Glasgow, I have always been aware of sectarianism. I remember as a child being asked by a friend if I as a Catholic. I didn't know the word, and replied I wasn't. I was nervous about whether I'd given the right answer until my friend replied that neither was she.

From a young age, I believed Masons were good because they were Protestant. I didn't know what Masons were, except that they were a proof of Protestantism. Since Roman Catholics were banned from being Masons, this point of view is understandable.

Scotland claims Freemasonry as its own. Kilwinning in Ayrshire claims to have the first lodge in the world, dating back to around 1140. Scottish Freemasonry is significantly different to that of other countries. The Grand Lodge of Scotland was established in 1736 but most of the existing lodges refused to join in fear of losing their own peculiar practices. An agreement was reached that they could keep their individuality if they joined the New Masonic Constitution and all lodges founded subsequently have been allowed to maintain the privilege.

While the Masons like to tell the world about their charity work, ultimately, it is a secret society, and so they only share what they want to share.

There are three principles that supposedly hold the Freemasons together: brotherly love, relief (charity) and truth. I, personally, know a few Masons, and to my mind, they are generally fine men, but there are so many negative stories about them, it's hard to know the truth.

The rumours often surround the oath of brotherly love. A brother commits a crime, but he must be protected, no matter what. There are further rumours that serial criminals join the Masons for the specific purpose of getting onside with police officers. Everyone has heard rumours of the strong links between police and Masons.

While it's probably impossible to know who might be a Mason without actually joining a lodge, there are (no doubt abbreviated) lists of members in Glasgow and the rest of Scotland.

There are a couple of interesting things that come to mind on reading these lists. The first is that, apart from footballers, everyone on the list is dead.

Why don't the living want anyone to know they are Masons? Are they told to keep it a secret or are they ashamed? And why would they be ashamed, if charity is their main aim?

People are usually ashamed of things they do in the dark, things that are evil. The second thing is that all the people are very successful, whether in entertainment, business or politics. If Masonic connections can help in these industries, there must be many more who are even more powerful, giving them a hand up. With Masons in so many areas of life, the lodges are surely very powerful.

At this very moment, February 2020, Scotland is somewhat in crisis; scandal after scandal afflict the government. Who knows what will come next and whether the government will survive it.

Derek Mackay, the erstwhile Finance Minister, had to resign in shame last week as it emerged he'd been grooming a 16 year old boy on social media.

A senior government official, is he so different from other ministers?

When we see the new sex education that is being rolled out into schools, we can't help but wonder if they are all seeking to groom all children. I don't know who is driving this agenda, whether it's Jews to whom the Scottish Government seems to kowtow, or the Freemasons whose activities are shrouded in mystery and rumours, but I do the agenda does not come from people who love Scotland.

"...During the 2011 census, there were only 5,887 Jews living in Scotland..." is comical because Scotland is a nest full of unwitting crypto-Jews.

"Longshanks" King Edward the 1st made a campaign against usury; In vain, he decreed an edict to expel Jews off the Island of Britain in 1290, which has never been officially overturned. Longshanks said the Jews were eating England to the bone. The following is a partially correct map of expulsions. Partially correct because many Jews ran away to Scotland: https://en.wikipedia.org/wiki/Edict_of_Expulsion#/media/File:Expulsion_judios-en.svg

Campbell, Ramsay, Jackson (Yakob son), etc.. are crypto-Jew names. Kennedys are Jews that ran away to Scotland from a pogrom in France. Longshanks made an example of the Jews's shabbos goi Welshman, William Wallace, torturing him to death.

After Queen Elizabeth II`s ancestor, Robert the Bruce betrayed his own people, siding with Longshanks, he decided to betray the English with his declaration of (Arbroath) Independence.

I used to parrot the propaganda Arthur Koestler dished out about Khazars not being biological Jews, until I learned from an interview Henry Makow did with David Livingstone that Jews were already in Khazaria during the conversion. Livingston also mentioned that Koestler is CIA. What Koestler neglects to mention is that the Alans being allies to the Khazarians were already practicing Judaism during the Khazarian conversion; It`s just like King Josiah dusting off the Torah thinking to himself, what is this old dusty thing?! [...The letter states that in the early days after Khazars' conversion to Judaism, some Alanians already practised Judaism, to a degree that Alania came to save Khazaria from its enemies (lines 52-53). This is the only evidence corroborating the record of Benjamin of Tudela about Judaism in Alania....] https://en.wikipedia.org/wiki/Schechter_Letter

The US declaration of Independence is a mutant plagiarization of the Scottish declaration of Abaraoth. Shabbos goi Washington is celebrated in the US because Jews could finally dive into the professions to become doctors, lawyers and loan sharks; Before Shabboz goi Washington, Jews were only permitted to sell black slaves and alcohol to Aboriginals.

Robert the Bruce blurts out Scots have origins in Scythia/Gog & Magog (Khazaria): [..They journeyed from Greater Scythia by way of the Tyrrhenian Sea and the Pillars of Hercules, and dwelt for a long course of time in Spain among the most savage tribes, but nowhere could they be subdued by any race, however barbarous. Thence they came, twelve hundred years after the people of Israel crossed the Red Sea, to their home in the west where they still live today...] https://www.scotsman.com/lifestyle-2-15039/the-text-of-the-declaration-of-arbroath-1-465230 Red hair is marker for the 10 tribes of Israel that dwelled in Scythia: https://www.ibtimes.com/why-does-scotland-have-so-many-redheads-863366

Any way you look at it, there be Jews in them there hills! Many of those knuckleheads in Scotland went on idiotic crusades to slaughter Arabs and purebred Jews(tribes of Judah, Benjamin & Levy) that were living in peace in Palestine and stole their bagpipes.