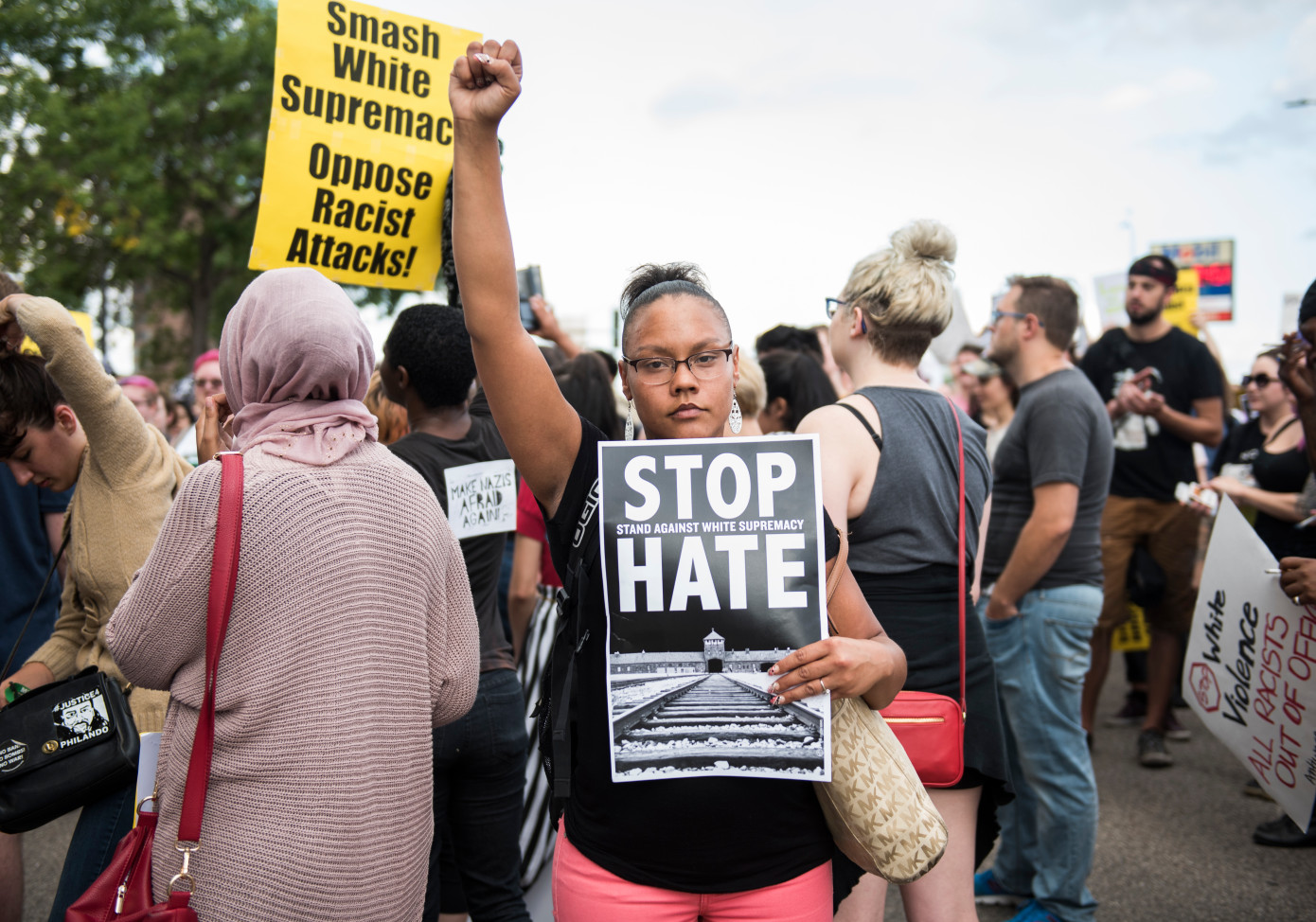 "Few people have problems with the burden of proof within the context of a murder case, but cannot apply the same burden outside the courthouse to issues of racism and white supremacy as a result of the saturation of racist False Flag & Predictive Programming Background Noise. The baseless Racist Background Noise is everywhere."
Makow -- Jewish supremacists regard any vestige of European Christian heritage and American patriotism as obstacles to the New World order. "White supremacy," like "diversity," are just pretexts to attack people of European descent in the West and replace them with puppets of the Illuminati bankers.
Andrew is a retired Attorney living in Texas.
By Andrew
(henrymakow.com)
I'm the contributor who wrote submissions about  CIA-Controlled Media Pushing Civil War Narrative (2018) and Predictive Programming --- US Civil War (2019). Later, I wrote, Illuminati PyOp - Discredit 2020 Election in Advance.
Today's offering explains how False Flag events and Predictive Programming blind Americans to the importance of actual EVIDENCE.
Examples of FALSE FLAGS are Charlottesville Unite The Right Rally and El Paso Walmart Shooting.
"PREDICTIVE PROGRAMMING is psychological conditioning provided by mass media to acquaint the public with planned societal changes. When they are put through, the public is already familiar with them and will accept them as natural progressions, thus lessening public resistance and commotion."
The baseless Racist Background Noise is everywhere.
Google WHITE SUPREMACY and click News, you will find 100s of articles, but when you read individual stories, you quickly realize there's no supporting evidence of racism or white supremacy.
Let's start with an example. 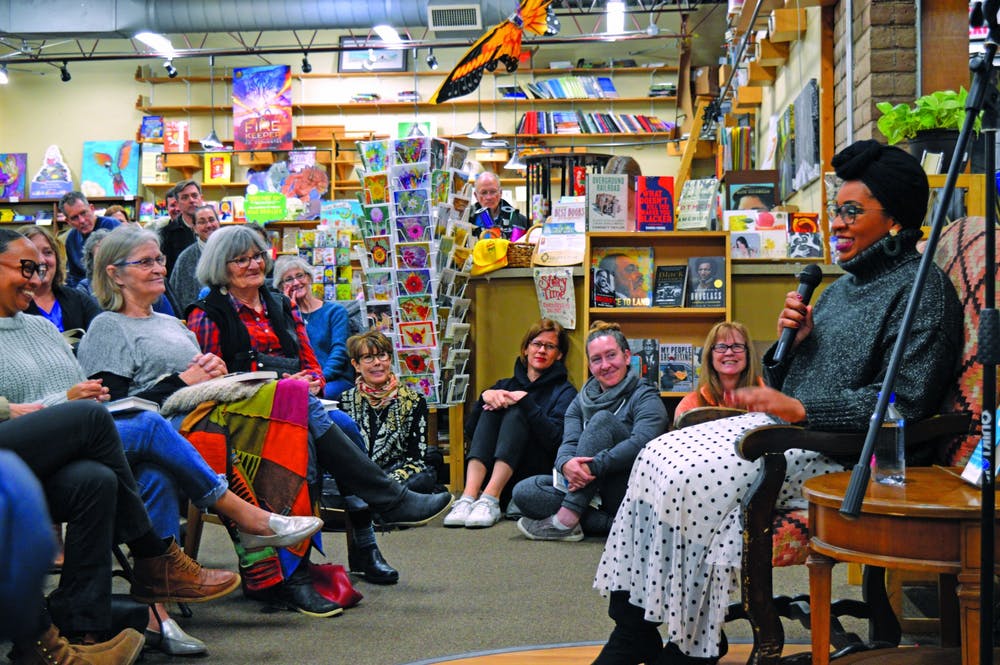 This article is about a black woman, Layla Saad, author of "Me and White Supremacy: Combat Racism, Change the World and Become a Good Ancestor" at a bookstore in Albuquerque on national tour.  Saad spoke not only about her book but about racism and how it appears especially in liberal white women; however, Layla skips her burden of proof. She offered no evidence whatsoever.
To completely avoid the obvious lack of evidence, Layla assumes the guilt of all white people.
"Saad began getting public attention in 2017 when she wrote a controversial article called, "I Need to Talk to Spiritual White Women about White Supremacy."
While her article resonated with many and earned Saad a large online following, she also got some very negative reactions online."
Saad said she remembers, "Every time I go into my inbox, I don't know whether it's going to be 'thank you so much for writing this letter, somebody needed to say it' or 'who the hell do you think you are?' and then expletives of racial slurs and Islamophobic hate."
Neglecting her burden of proof regarding RACISM and WHITE SUPREMACY, she dismisses any and all disagreement as racial animus and supremacism.
Let's stop here and do what Layla should have done. Let's ask ourselves, HAVE WE EVER SEEN NAZIS OR KKK in our neighborhood?
Has anyone every been assaulted by Nazis or seen KKK Burning crosses in America? OF COURSE NOT!
As Layla failed her burden of proof, we could argue Layla owes all white people an apology for defaming caucasians with BLACK HATE SPEECH, but Layla obviously relied on the constant MASS MEDIA DRIVEN False Flag & Predictive Programming Background Noise.
In defense of Layla, she was tricked by mass media's campaigns of Disinformation. This left her in an evidentiary vacuum. TV, radio and online media furnished narratives about race riots in Charlottesville, NC centering around a statute of Robert E. Lee and a young seemingly racist Caucasian shooting up a Walmart store in El Paso.
So if you believe mass media, then there is an abundance of evidence of racism motivated by white supremacy; HOWEVER, to find an example of white supremacy, you have to go back over 100 years. 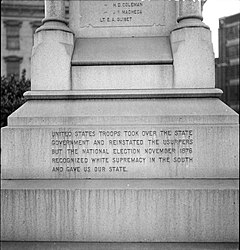 You must grasp at The Battle of Liberty Place monument in Louisiana which was erected in 1891 by the white-dominated New Orleans government. An inscription added in 1932 states that the 1876 US Presidential Election "recognized white supremacy in the South and gave us our state". It was removed in 2017 and placed in storage.
When you look online for Nazi's and KKK, you find warnings by so-called experts about white supremacist messages seeping into mainstream national narrative.
An invasion of propaganda: Experts warn that white supremacist messages are seeping into mainstream.
So here we have more mass media predictive programming calculated to PISS OFF EVERYONE (on both sides of the issues) to drive America toward CIVIL WAR or a failed 2020 US Election.
------
First Comment from Peter S-
I had to admit the old adage that we are all born stupid, but to remain stupid is a choice. Most people do not know that they are being manipulated. And most people, especially the "educated" find it hard to admit that they have been lied to. They never want to admit that somebody was smarter than them and made a fool of them. However, the simplicity of Mass Manipulation can well be  observed by watching Just For Laughs Gags on Utube. Its just crazy. If it is so easy to make-believe just for laughs, why would anyone imagine that some diabolical character will not do it for money and power?
People are too trusting. And they take "normal" for granted. They take what they learn in the institutions of learned "as given truths" They believe in the "government" But when you come to think of this "government" it really does not exist, given the high turnover of those who man it. You never close a river twice. It not the same river. You never have a perpetual government. It's made up of talking heads paid by hidden mass manipulators. What we have is a lie, which we chose to believe in, and we dare not believe in anything else because we have nothing else to believe in. The Mass Manipulators have kicked out, all else that people used to believed in, leaving only their lie. They have kick-out God, culture, tribe, family, tradition, etc.
We have been left a pathetic lot. Actually, a "Space Alien" with an I.Q of 1000 who take a vacation on earth would find the whole Earth as a "Tragic-Comedy Show"  Jews believe they are "Chosen" Christians believe they are about to be "Ruptured" Moslem believe in the 72 Virgins awaiting  Jihadist "Martyrs" Hindu believe a cow pee cures cancer.....and baldness. Europeans  believe they are "white" while they look more pink than white. And everybody believe that a painted piece of paper is "money" Can you wonder why it is so difficult to convince people that they are being enslaved? Can you wonder why they cannot understand the Truth they see with their own eyes?   Can you wonder why it is so easy to make people believe anything?
Marco writes-
I'd like to put this recent article on so-called "White supremacy" in the context of what we are witnessing in Canada.
I was speaking with a co-worker recently in regards to this rail-blockade situation occurring currently across Canada. We both agreed it was totally absurd and these radicals were endangering our country, while taking it hostage. Now, this co-worker has a lot of First Nation blood in him, and he said something to me which I found really interesting and it puts this situation into a new perspective -- he said, "They just hate White people."
And it's largely the truth unfortunately. The word "colonials" is being used by these people to indicate the average White settling Canadian. It is a term used with the same disdain as the word "nigger" -- it holds all the same negative connotations; however, it's even worse if you ask me, in that it's far more aggressive and behind the word there is intention for "revenge". Colonialism is tongue-in-cheek for hatred of White Canadians. Furthermore, the new war banner of these First Nations radicals is "no reconciliation" -- they have become very aggressive.
There is no reason why Canadians cannot all get along, forgive and live in peace. But in the typical Communist fashion, and supported by our horrible government and media, we are witnessing another minority group, totally indoctrinated in a victimization mentality and radicalized to hating White European settlers.
We are witnessing a ticking time bomb. This could become a disaster. Not only has our government shown itself totally inept at handling any crisis, but it has shown it has no intention on defending Canadians from radical White-hating minorities. Is this country going to become Rhodesia? This has the fingerprints of Communists all over it, they hate white Europeans because we have been the only ones to ever resist them effectively.

Comments for "The "White Supremacy" Canard"

This business of racism falls right out of the Alinski handbook, Rules For Radicals. Accuse your opposition of exactly the thing you are doing and there is no more racism anywhere than you will find with Talmudic Judaism and the Chabbad Movement.