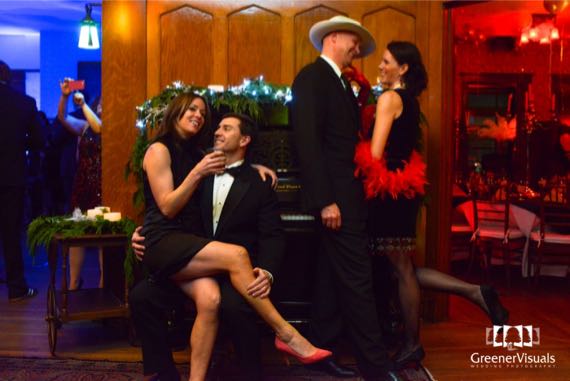 (YPO members in Bozeman MT broke secrecy by posting pics of their Christmas party.)
The YPO is a secretive worldwide group of business Presidents. Ostensibly dedicated to networking, I have been told they are required to engage in compromising behavior and reveal personal information so they can be blackmailed.
"There is an initiation fee ranging from $3,000 - $10,000 and an annual membership fee of $2,500 - $10,000, sometimes in addition to the cost of individual YPO events, depending on chapter, in addition to an annual international membership fee which can range from $3,000 to $7,000."
from Feb 18, 2018
by Henry Makow Ph.D.
The Young President's Organization is an example of the web of networks the Masonic Jewish bankers use to regiment society worldwide. The goyim are more than willing to sell out their society for cachet and success. You could pack all the Jews off to Israel and little would change. The following information has been gleaned from Internet sources:

"Globally, YPO has 10,500 members and more than 25,000 alumni in more than 100 countries. They manage companies that together employ more than four million people and generate combined annual revenues of more than $3 trillion.

The moment you get sworn as a YPO member, you are sworn to secrecy. No matter what, you must not talk about it to the world; not even your spouse, explains a YPO member.

YPO meetings are held in tight secrecy. In fact, the level of confidentiality is so high that no one is expected to spell out a word about a meeting to anyone." Source 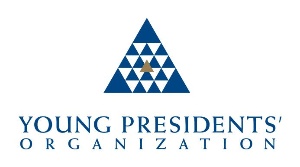 According to Wikipedia, YPO (formerly Young Presidents' Organization) is a global network of young chief executives with approximately 24,000 members in more than 130 countries, according to the organization's 2016 YPO International Fact Sheet.

YPO was founded in 1950 in Rochester, New York, by manufacturer Ray Hickok, who was 27 years old when he became the head of his family's Rochester-based Hickok Belt, a 300-employee company.
YPO formed an exclusive editorial partnership with CNBC since 2012. Members are part of a CNBC-YPO Chief Executive Network.
As of 2013, there are more than 450 chapters worldwide and 24,000 members. YPO members participate in monthly activities with their chapter with each chapter consisting of 35 to 120 members. The average revenue per member company, as of 2016, was $41 million USD.
YPO membership is generally by invitation only.
To qualify for membership, a person must have become, before age 45, the president or chairman and chief executive officer of a corporation of significance with a minimum revenue and minimum number of employees. The financial criteria differ for service companies and banks.
Candidates must be typically recommended by two members of a local chapter and approved by a membership committee of each local chapter. Prospective members may approach the organization directly, but most are invited by current members."
Prominent members include:
Charles R. Schwab, Founder & CEO, Charles Schwab[9]
Peter Ueberroth, Chairman, 1984 L.A. Olympic Games, former Commissioner, Major League Baseball[10]
Bob Galvin, Founder & former CEO, Motorola[11]
Jim Balsille, Co-Founder & former Co-CEO, Research in Motion/Blackberry[12]
Scott Cook, Founder & former CEO, Intuit[13]
Douglas Fairbanks Jr., founder of United Artists motion picture studio[9]
Christie Hefner, former CEO, Playboy Enterprises[14]
Ray Lee Hunt, Hunt Oil[9]
Robert Wood Johnson II, president of Johnson & Johnson[9]
Ronnie Lott, Pro Football Hall of Famer, Founder & Managing Director, HRJ Capital[13]
Leonard Lauder, former CEO, Estee Lauder[9]
Penny Pritzker, US Secretary of Commerce[11]
Sheryl Sandberg, COO Facebook[15]
POLITICS
The organization appears to advance the progressive Communist agenda. For example, they promote women to positions of power as they will be grateful, obedient traitors. Women can't compete on equal terms with men and require affirmative action. For example:
"In 2013, YPO and the Women's YPO Network partnered with Sheryl Sandberg and her organization, Lean In, to address the stalled percentage of women in business leadership roles in the past 10 years.
More than three decades after women became 50 percent of college graduates in the United States, women constitute just 5 percent of S&P 500 CEOs and only 19 percent of U.S. Congressional seats. As women who have beaten the odds in business, WYN members of YPO are in a strong position to influence the next generation of women leaders. WYN actively endorses #LeanInTogether's public awareness campaign, focusing on how men benefit from supporting women and achieve happier marriages, more successful children and better team outcomes -- and provides practical information on how men can do their part at home and at work."
CONCLUSION

If YPO were really about philanthropy and networking, they wouldn't need the veil of secrecy, would they? With those stiff initiation and membership fees, just to be blackmailed, you have to wonder what the members are getting out of it.
If ever you wonder why the world is the way it is, the answer is that we are controlled by Freemasonry, a satanic cult at war with God, nature and man. Football players take a Masonic Knee. The President constantly makes satanic Masonic hand signs. Politicians Left and Right are all Freemasons. Our natural leadership has been slaughtered in phony wars and the cowardly remnant has completely sold out. Humanity has been hijacked.
Related-
YPO- What they tell the public
YPO's Guise of Philanthropy