Israel is Bolshevik Backdoor into US Tech Grid 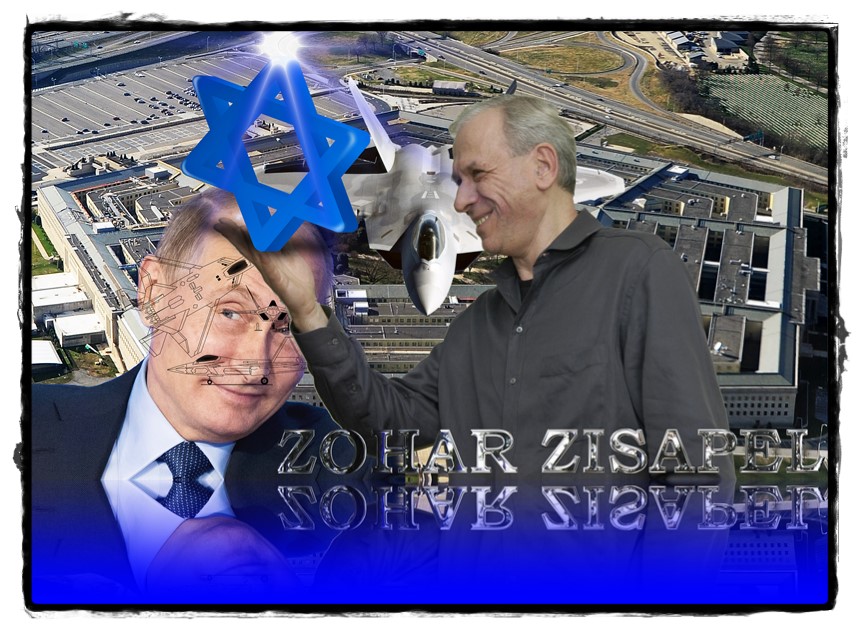 (Left, Zohar Zisapel - founder RAD Group. Israeli military intelligence, conduit to Russia and China.)
People rely on technology - from banking to electrical power grids, to national security and food production. Who ever rules that technology rules the world. What if psychopaths ruled technology and were sworn to cull the worlds population and destroy western civilization?
'Big Data and A.I' leads the 4th industrial revolution. Whoever owns the new means of production and the new means of transaction rules the New World Order. That place is Israel.
Ramifications of Israeli domination of cyber technology in the age of A.I and its relationship to Russia and China -
BRIEFING PAPER - ISRAELI HIGH TECHNOLOGY AND ESPIONAGE  (footnotes here)
by Brendon O'Connell & S
(Excerpts by henrymakow.com)
Israeli domination of the world's high technology sector is little known and little understood. This article seeks to summarize the ramifications of allowing the world's high technology defense and research and development infrastructure to be situated in Israel.
EXAMPLE: • Few, even in the IT industry know that the most advanced Intel CPU design and fabrication facility is in Israel as well as:
o Intel Haifa: Development center of hardware and software for processors and AI;
o Intel Petah Tikvah: Development center for communication and Artificial Intelligence solutions;
o Intel Jerusalem: Global development center of autonomous cars (Mobileye); Development center for communication, SW, and cyber security solutions;
o Intel Kiryat Gat: Intel's most advanced manufacturing facility.
• Few in the intelligence and IT industry know that key core technology components of the emerging 5G, iOT artificial intelligence world were designed in, and currently maintained in Israel.
• An emerging industry narrative, contained in online journals and news articles, speak boldly of Israel's central role in cyber technology defense - hardware and software. The general main stream discourse rarely touches on the security implications of this move.
-Prime Minister of Israel, Benjamin NETANYAHU, has stated boldly at cyber technology conferences in Israel, that Israelis now dominate the emerging fourth industrial revolution - hardware and software. In fact, he is quoted as saying, "Israel is a cyber technology juggernaut."
• It is now well documented by such authors as Lilly GALLILEE - opinion piece writer for Haaretz - that the high technology industry in Israel is dominated by Russian and Ukrainian who infiltrate the American high technology sector via easy Israeli visas and citizenship.
• With American security concerns on Russian election interference and high technology acquisitions in general, it is inconceivable that the western intelligence services appear to have failed to grasp and address the Israeli state as a "backdoor conduit" for American high technology illegal transfers to Russia and also China.
• This is an open-door conduit for Russian GRU (Military Intelligence) and SVU (KGB) to - "From Jerusalem Shall Come Forth Cybersecurity Says Cyber Guru".
• Few mainstream or online journals and news outlets mention or discuss the ramifications of the close relationship between Benjamin NETANYAHU and Russian president Vladimir 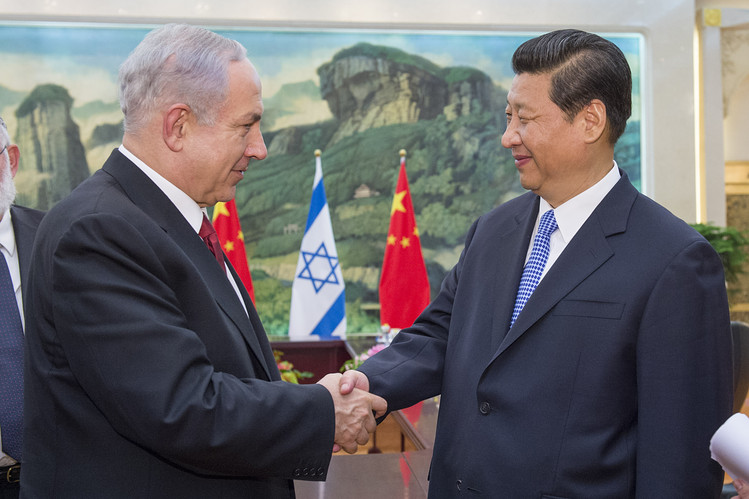 • With the intense scrutiny of Communist China by the western intelligence services, it is inconceivable that the close relationship between Israel and China is not being openly scrutinized.
. It is also in Israel that the vital data from fiber optic cables, core components of the world's number one operating system are coded in Israel at its governments, educational institutions, high security military industrial contractors etc. As mentioned above, this is handled by Microsoft Israel, not Microsoft in Seattle, Washington State.
• Microsoft Israel handles the security for voting machines in the United States.
• This is an open-door conduit for Russian GRU (Military Intelligence) and SVU (KGB) to emigrate to Israel as highly valued computer scientists and coders. 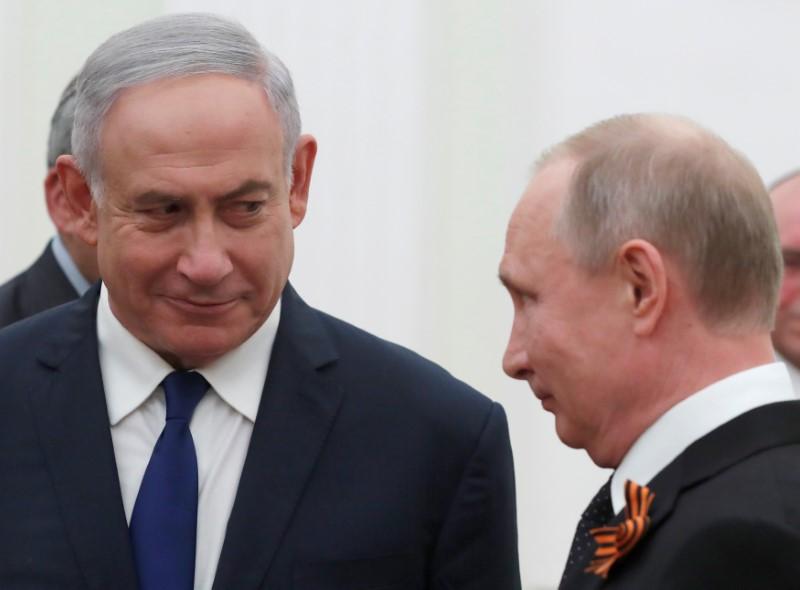 Few mainstream or online journals and news outlets mention or discuss the ramifications of the close relationship between Benjamin NETANYAHU and Russian president Vladimir PUTIN.
As we speak, the massive and high security Pentagon Cloud Contract (JEDI), and all security issues associated with it, are being handled by Microsoft Israel. This is currently under their elite Unit 8200 (equivalent of the NSA) and Talpiot Program. The Talpiot Program is a specialist unit that produces high technology CEO's and places them all over the world.
"Many mistake these companies as US based, they are not. They are Israeli companies with Israeli CEO's or dual national American Israeli CEO's - trained under Israeli military intelligence for at least 7-10 years."
The authors put forward the proposition that the "design flaws" are in fact hard ware backdoors into the very heart of the CPU, allowing covert access.
Few, even in the IT industry know that the Microsoft Windows security center and other Microsoft products are coded in Israel.
"Windows" is used routinely by the worlds corporate sector, small and medium businesses and sensitive military and civilian research and production facilities. 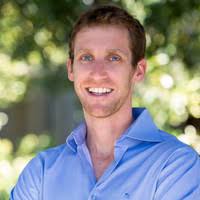 Former head of Microsoft Israel, until Dec 2019, - Assaf Rappoport - was Israeli military intelligence for at least 7-10 years.
Israel is renowned for its' "back-dooring" of hardware and software and espionage in general, against the United States and others.
The result of the current Intel 10nm CPU design delay (disaster), meant, that as the security flaws were made known at the beginning of 2018 (Spectre and Meltdown malware attacks), Intel's main competition - Advanced Micro Devices (AMD) - produced their finest, most efficient and fastest processor family Zen II architecture. These CPU's are moving far ahead of Intel in price, power draw and performance. There is no date for the full release of the Intel 10nm 'Icelake' processor.
This means the worlds most advanced consumer CPU's (Server, desktop, laptop) are now built by Taiwan Semi-Conductor (TSMC) in Taiwan, just across the Straights of Taiwan and 100 miles from China, and 10,000 miles from America.
There is already CIA and Military agitation on this issue. There is a growing community of U.S intelligence officers that recognize the dangers ahead. Former counter intelligence officer Philip GIRALDI; C.I.A Analyst Ray MCGOVERN; former US Army War College Director of Studies Dr Alan SABROSKY; FBI translator Sibel EDMONDS come to mind.
We suggest urgent dialogue begin on this issue specifically addressing deeper and more detailed research by suitably qualified academics in the relevant field - Information Technology; Cyber Security; electronic hardware manufacture; National Security and political science specialists.
We have cited less well-known issues that are affecting the Middle East and Arab Israeli relations in this small brief. This lack of debate brings an incomplete understanding of current issues. This leads to poor formal and informal policy decisions and strategies that never address the central issue of Israel and it's role as a "cyber technology juggernaut" with potential 4th Industrial Revolution leadership of the emerging global new world order over and above even the United States.
Statements such as Israel's violation of basic human rights, violation of international law and direct attacks on Palestinian civilian infrastructure hold little sway in the corridors of power in the US State Department and Pentagon, CIA and NSA. But statements that Israel is stealing US high technology products and selling on to Russia and China do get the immediate attention of powerful US interests.
CONCLUSION
ISRAEL co-ordinates false flag attacks upon the United States to blame on the Arab Muslim world. Israel is a clear and present danger to the United States and the world in general. It is self-evident the approach of "sympathy" to the Arab/Palestinian world and its issues only go so far in relatively small grass roots specialist circles.
A focus on economic and national security self-interest must be expanded upon and adopted to counter Israeli expansionism and the setting up of Greater Israel and the destruction of Arab resistance to Israeli hegemony in the region.
------
Related - The US is Completed Subverted and Controlled by Communist/Zionists
------
Please help Brendon O'Connell continue his courageous crusade to expose the Deep State:
Patreon ---   https://www.patreon.com/talpiot
Acc Name: Brendon L. O'Connell
Bank: St George Bank, Perth, Central Business District
Acc No: 055164731
BSB: 116879
SWIFF Code: SGBLAU2S
BTC - 12b5rUKgGBcnswh1JqsymvrzETvRGW5PND
Bit Coin Cash - qpxtaj66vqnh4ra8g0nhu9kxy3267j7g5uu9nqgwz8
Ethereum - 0x21c6d2268806cb03579BD13A6d33f73DCb6Efc5B
Litecoin - LYiHjTjzhC9RXZRWyznpG9UYyt2Frmn2LE
--

Comments for "Israel is Bolshevik Backdoor into US Tech Grid"

I think, he's getting the boot from Malaysia:as Dr. Mohamad, 2 time PM is stepping down, don't think new regime is O'Connell friendly?????

He tends to be very arrogant, obtuse and truculent, turns a lot of people off.

O'Connell seems to be in an unending snit over certain nations.

How does he explain that Russia has the most modern weaponry in the world, for which the U.S. military keeps trying to make the likes of Trump and other neocons understand that the U.S., nor any other western nation, Israel included, has any real defense as a counter? Does he really believe that Israel would give Russia the means to stop its "greater Israel" fantasies? Does he believe that Russia is not sincere in what it is accomplishing in Syria, that it is all play acting for Israel who furnishes their technology?