Sports Ban is Blessing in Disguise 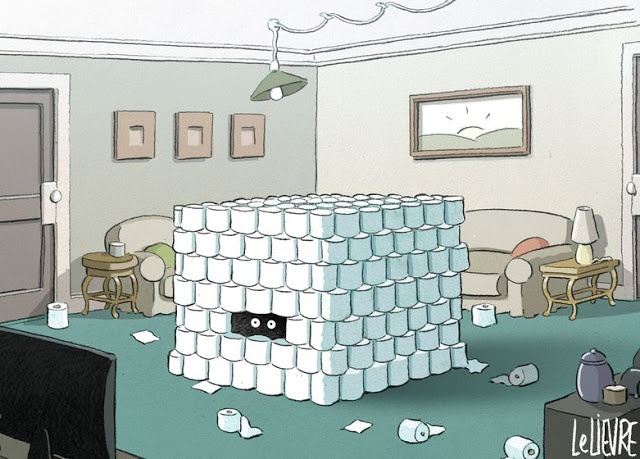 Let's not play ball.
No hockey? No baseball? No basketball?
The horror, the horror!
The Coronavirus hoax has accomplished a near miracle: it's shut down professional sports. Can you imagine?
"They may have taken the first step to awakening the sleeping giant - the one great mass of people they've always been able to keep in a state of clueless distraction - the American sports fan."
by Mike Stone
(henrymakow.com)
All those hours wasted in front of the boob tube, all that time and energy expended cheering overpaid athletes, grown men playing with a ball or puck, all those bimbo Super Bowl halftime shows ... it's all gone.
I appreciate a good football game, a good pitcher's duel, as much as the next guy, but the huge, bread-and-circus atmosphere of professional sports has ballooned into something preposterous. And not just the games themselves, but the industries built around them: sports talk radio, sports shows on television, jerseys, caps, shoes!
Can America survive without sports?
The answer is YES, and the great sports shutdown just might have the unintended effect of educating the masses. It certainly can't hurt. It's going to free up untold hours of previously wasted time.
Maybe millions of sports fans will do something positive now. Maybe they'll spend more time with their children, read books, take the time to educate themselves on what's really happening in the world. I doubt it, but it's possible. 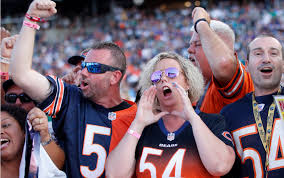 For those in the truth movement, this is an unprecedented opportunity. A chance to reach millions of new readers and viewers. Without sports to distract them, people are going to have to go elsewhere to be entertained. And what happens when a couple of days or weeks go by and the great unwashed realize their lives have been just great without sports, so why go back? Why, indeed?
If enough time passes, millions of people will never go back to professional sports.
Sure, the brain-dead zombies will, those with nothing better to do with their lives. But many will not. They'll find that they like the extra time they have to spend with their spouses and their kids.
They'll discover how much they enjoy having the time to read a book, to go for a walk, to discover new interests and hobbies in life.
They might - just might - decide to become more political, and if that happens, watch out.
Because if tens of millions of voters around the country suddenly wake up and discover who's really been pulling their strings all these years, who's really been pushing us into countless wars, who's really been rigging our elections and bribing and manipulating our politicians and leaders, you're going to see a seismic shift in the political makeup of this country. And though the result will be pretty, the process won't.
Kids might learn something too. They're groomed from an early age to worship sports heroes and to spend countless hours emulating them.
What are they going to do with all that newfound free time? Their reading time will increase. Time spent with their parents will increase. Family bonds will strengthen. It's a win-win situation all the way around.
The powers-that-be had better be careful. They may have gone too far this time. They may have taken the first step to awakening the sleeping giant - the one great mass of people they've always been able to keep in a state of clueless distraction - the American sports fan.
-------
It was the Night Before Martial Law  - A Poem by Mike Stone
Let's take an old virus, say for the common cold,
And rename it in a way that's shiny and bold.
We'll bend both the rules and the law willy-nilly,
We'll call it a pandemic and scare everyone silly
Can you see the genius of our clever caper?
People are fighting right now over worthless toilet paper.
They're afraid of a cough, they're afraid of a sneeze,
They're pushing and shoving, and not saying please.
It's full-on panic, and we started it all,
Oh how we love to watch dumb people brawl.
Impeachment didn't work, no one swallowed that pill,
So we'll crash the economy and break the people's will.
And while we're at it, a little martial law won't hurt,
After all, the American people are nothing but dirt.
We'll take their money, their house and their car,
We'll leave just enough change to get drunk in a bar.
We'll use our latest hoax as an excuse to ban cash,
We'll turn their currency worthless, nothing but trash.
The people will go along, they always do,
Too stupid to question whatever we spew.
You say it won't work, we beg to differ,
We know how to steal, we know how to pilfer.
Doubt us no more, don't say it's too late,
We have a long history of stirring up hate.
We pit men against women, black against white,
There's nothing we like more than seeing people fight.
We control all the media, and Hollywood too,
The people will believe whatever we tell them to.
Take a look right now at the panic taking place,
By the time we're done, there'll be no safe space.
We rub our hands together and smile with glee,
The world is ours, and that's how it will be.
-----------------------
Mike Stone is the author of A New America, the first novel of the Alt-Right, a dark comedy set on Election Day 2016 in Los Angeles - - Available on Amazon.
First Comment from Mike Stone:
I haven't seen such a large scale combination of stupidity and cowardice since 9/11. And back then it was a lot easier to fool people. There were only three networks on American television, all shilling the same lies. Today, with so much alternative media available, people are supposed to be better informed.
For four years now we've had nothing but lies from the mainstream media. They told us for months that Hillary had a 92% chance of winning the election. In fact, they pushed that lie right up until the day itself. They shoved that whole Russian collision hoax down our throats before being exposed as liars. They pushed the impeachment hoax until they were proved to be lying on that one; the kids in cages hoax; and on and on. Just one exposed lie after another. Not one single true story. Now, suddenly, everyone is believing them on this one? It's like the Orson Welles radio broadcast of "The War of the Worlds", and because everyone is panicking, now I have to panic. I went out yesterday to stock up on toilet paper, because I didn't want to wait and end up duking it out with someone over the last roll.
AC writes-
Great Article Henry. I do like Mike Stone and his articles.
Mike does have great insight. Maybe with some people, being deprived of sport will somehow change their lives.  They will become more conscious of their surroundings and eventually swallow the red pill and spend more time with spouse and family.  But the vast majority will not because years of sport have turned their brains to mush. Besides, I doubt that banning events and self quarantining was to bring families together.  Please see the top image, that is the globalist approved method of self quarantining. You must sit in that chair for hours ,like a statue and not move. 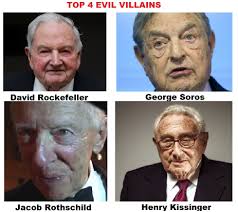 This image are the men who deserve the credit for unleashing this virus. Their old reptilian brains know no limits.
The poem by Mike was also good.

Comments for "Sports Ban is Blessing in Disguise "

As Per, “Sports Ban is Blessing in Disguise” myself and three workmates all believe that we had this “Flu” before Christmas as it took weeks for us to fully get rid of the symptoms.

This is “fear mongering.”

yep!... I did the same thing a few days ago. soon as I saw the news headline "global PANdemIC" at 4am.

I thought?... "here we go"... so went to the shops before the sun came up and before all the lunatics are out of bed yet!.

filled up a trolley full of stuff and I never use a trolley (Australian for 'shopping cart').... and because I live alone?... God woke me up at 4am so that I wouldn't starve to death!

..and whadaya' know?... there is bugger all left in the shops now!

I'm also tired of wasting my time watching overpaid athletes and the overabundance of silly commercials. I'm especially glad they cancelled "March Madness", that one especially is a total waste of time.

I was happy to read that England isn't buying into all the quarantine madness. Can you imagine making the whole city of London a quarantine center.

However, all is not lost. The racetracks and casinos are still running for those who care or shouldn't care.

This is a very good time to get to know your neighbor and read more of the Word of God. Entertainment is of this world and in the end leaves you empty.