Mike Stone- Why are Americans So Gullible? 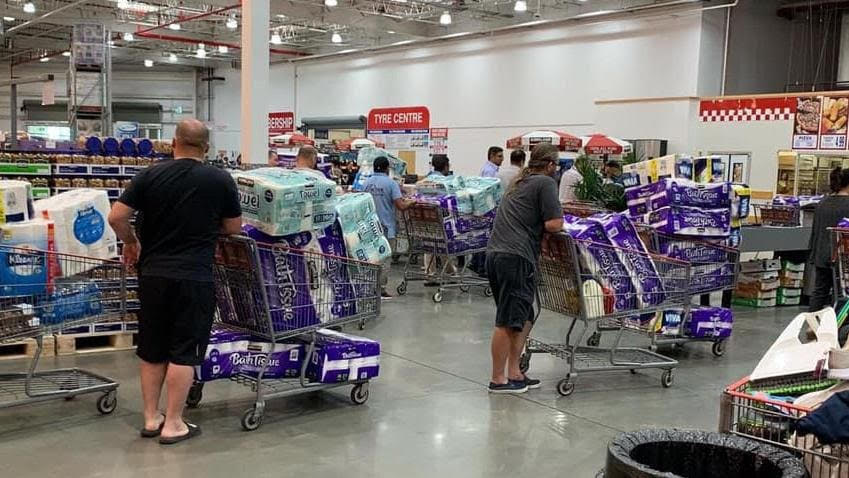 I have some some family members who are literally shaking in their boots, absolutely terrified of getting this "virus". When I told them the whole thing is a hoax it was like stepping into a pool of piranha fish. Now they're bombarding me with hourly emails detailing how many new people have been diagnosed. They seem to be revelling in every new case and death, because it reinforces their opinion and "proves" that I am wrong.
"It's been said that public speaking is a person's greatest fear, but I think people fear social ostracism more than anything. Even more than death."
by Mike Stone
(henrymakow.com)
While standing in line for an hour waiting to buy a roll of toilet paper, I asked myself why so many Americans allow themselves to be duped.
Have you ever wondered about that? It's quite amazing.
We have an entire media comprised of television, radio, newspapers, magazines and the internet that has been outright lying to us about every single news story for the past 80 or more years, yet suddenly here they are, finally telling us the truth.
And we're supposed to believe them. Of course, most people don't realize they've been lied to for 80 or more years. They swallow whatever the media tells them, no matter how ridiculous.
So what is it about humans that makes them so gullible?
One reason is an absolute faith in authority. Or so-called authority.
I had a friend who was the poster boy for this. If I told him something, well, it was only my opinion and probably an erroneous one at that.
But if someone in a white coat or someone appearing on television dressed in a suit and tie told him the exact same thing, then it was gospel, and couldn't I see it?
I suspect tens of millions, if not hundreds of millions, of people are this exact same way.
Closely coupled with a belief in authority is a need to be accepted by others; a deep psychological need not to be criticized or ostracized from the pack.
It's been said that public speaking is a person's greatest fear, but I think people fear social ostracism more than anything. Even more than death.
THE DOCTOR RACKET
I've had close to a dozen conversations with people who told me their doctor had given them a terminal sentence, usually between three and six months to live. In every case the conversation has gone like this:
Me: "You know, you don't have to die. All you have to do is make a few simple lifestyle changes. First, get off all your drugs and medications. Second, get rid of all your junk food and go on a 100% organic diet. There are other things, as well, but start with those two." 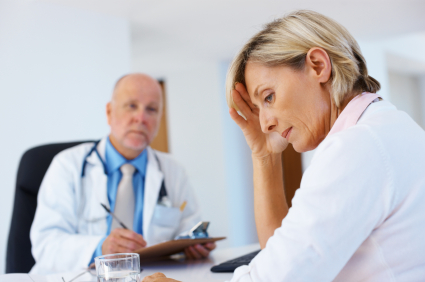 Them: "Oh, I couldn't do that. My doctor would have a fit."
Me: "You just told me your doctor says you're going to die."
Them: "Yes, well, I still can't do anything so rash as you're suggesting."
Me: "Do you want to live, or do you want to be a good patient and die?"
Them: "I'm sorry, I'm going to hang up now. This conversation is making me uncomfortable."
In every case they were good patients, doing everything exactly as they were told.
In every case they died.
Fear is the driving force behind blind faith in authority. It's what cripples people and prevents them from behaving in any way that's different from the crowd. Does intelligence also play a part? 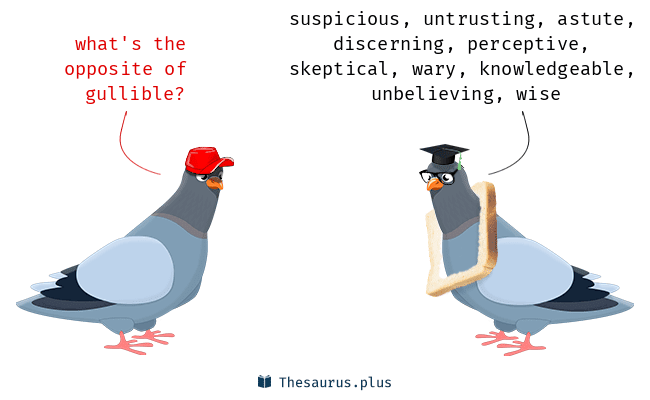 I believe it does, although I do know a lot of otherwise intelligent people who swallow whatever lie the media tells them. After 9/11, they hung flags from their cars and houses, and were 100% behind whatever military action our president suggested. Over the last two weeks, they've been the first ones to rush to Costco, hoard as much toilet paper and water as their cart could carry, and then shout down anyone who got in their way or questioned the legitimacy of what the media was telling them.--
Questioning the media also takes time and work. It's much easier now with the internet, but it still requires a time investment. It also requires actual thinking. Yes, thinking can be hard work. Look how much easier it is to default to the stupidity of the mob.
It also requires personal responsibility.
George Bernard Shaw said, "Liberty means responsibility. That is why most men dread it."
It's much easier to turn on the boob tube and let others tell you how to think and how to behave.
A belief in the strength of numbers also comes into play. After all, tens of millions of people all believing the same thing can't be wrong, can they? History has shown us that almost without exception, yes, they are all wrong.
It's tough going through life while having both love and disdain for your fellow man. Love for their hearts; disdain for their cowardice, stupidity and refusal to think for themselves.
Sadly, I don't see anything changing in the near or far future. That is, if we have any future at all.
-----
Mike Stone is the author of A New America, the first novel of the Alt-Right, a dark comedy set on Election Day 2016 in Los Angeles - - Available on Amazon.
------
Related - Costco Refuses to Take TP Returns
Makow  The Coronvirus: The Reason Why
Virus Masks Communist Power Grab (Explains what Communism really is.)

Comments for "Mike Stone- Why are Americans So Gullible? "

Yet, Henry, only well-forged humility can resist the mockery that follows the utterance of an unpleasant truth. This is the root of our non-resistance to oppression. And the arrogant American culture is the antithesis of humility. So there is no improvement to be expected if we do not tackle, each for himself, the root of evil. To think that an untraceable ideal political regime will be able to mechanically compensate for our bad personal inclinations is typical of the Marxist illusion. Even if we mistakenly believe that we are anti-Marxist.

That is why we are surrounded by Marxism: even the "conservatives" are.

Part of the problem is that a lot of Americans think they are infallible. We didn't think the stock market would never go down and we also believed that their was a pill out there to cure all our illnesses. Well, welcome to the real world.
There is such a thing as flu epidemics. My mother's aunt lost a child in 1918 over it. She said the baby got sick not long after her uncle kissed it during a visit. Read the history of the Spanish Flu pandemic, it might surprize you.
At first, I was sceptical of this flu pandemic because of all the 24/7 media hype and the radical measures being taken. I have a friend who works at one of the major hospitals in the area and have talked with him. I believe now that this flu is a legitimate threat. Too many people have lost their businesses and money (including some of the rich) for it not to be a legitimate threat.
We can't continue to believe that bad things don't happen to us.

What Mike writes here is all true but definitely not new.

The two major causes of this sloppy, non-think mind set, are, and have been for decades now, government schools and television, both "news" and "entertainment."

Movies a third, almost as potent, cause. The schools, of course, have been at this for over a century. Movies also. TV is not that old but has invaded most every home. Still, it is the schools that concentrate on turning children's minds into useless mush.

Back in the early 1960s, as a mailman "casing" mail in the mornings for our routes, all us carriers would converse, often about politics. Invariably I would soon be saying to every one of the other carriers: "You sound exactly like last night's talking heads (on the so-called "evening news").

At first these TV prostitutes were given 15 minutes, then it was jumped to half and hour and then pushed into longer "specials," all of it constantly lying to the public using the greatest brainwashing weapon of all time until "smart" phones.

BTW, at the same time I was, against the laws of that time, home schooling my own kids, who all think for themselves as adults.

I'll answer Mike's question. Americans are gullible because they have been taught by idiots. Idiocy begets idiocy and it isn't until the man decides to think for himself will things get any better.

I went to Catholic grammar school and I remember one time I asked the "reverend mother": "How is it that she had any authority over me?" That got me in trouble and they called my mom. My mom was a hot-headed Italian and when she was called into the school, it didn't have a very good outcome--not for me--but for the school. My mom always backed me up if I was right. It was a perfectly legitimate question.

As far as trusting doctors, I don't do that anymore as I finally got tired of feeling like shit all the time. I stopped taking my meds a few months ago and I feel great. After watching family and friends die from the shitty health (death) care I finally figured it out. I had to make some major changes but it all worked out to my benefit.

Opposing evil is difficult but it always gets a better result.