Mike Stone - How to Stop Worrying & Love the Hoax 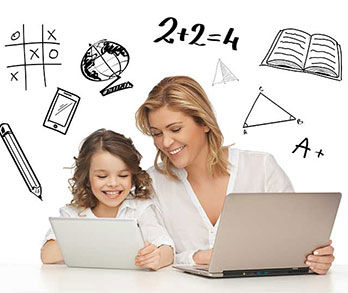 (left, shutdown of social engineering facilities may promote home-schooling.)
This psyop may have a silver lining.
Mike Stone describes some unintended consequences of the Corona panic.
"Just imagine what a boon it would be to the nation if we had massive school closures and thousands of Marxist-spouting professors were put out of work."
(Disclaimer- We're saying the hysteria is a psyop/hoax. The Coronavirus is a flu. In the U.S. alone, the flu has caused an estimated 36 million illnesses, 370,000 hospitalizations and 22,000 deaths this season alone but we only hear about the 550 Corona deaths.)
by Mike Stone
(henrymakow.com)
"I hope for a recession to get rid of Trump. Sorry if that hurts people." - Bill Maher
It looks like Bill Maher may not get his wish. Instead of getting rid of Trump, the government's massive bailout is only going to seal his re-election.
Obama phones? Unlimited food stamps? They're nothing compared to $1,200 personal checks, an extra $600 of unemployment every week, and the huge - and I mean huge - corporate and business bailouts that were just approved.
You think Americans care about freedom, honesty and doing the right thing? Think again. They only care about how many freebies they can get from the government.
Buying votes has never been easier. Nobody gives a damn about anyone but themselves.
NEW BABY BOOM
Bill Gates may have been hoping (planning?) for a massive population reduction, but the tiny number of overhyped deaths attributed (whether falsely or legitimately) to the Coronavirus is nothing compared to all the new babies that will come popping out exactly nine months from now.
Think about it: almost the entire world's population, cooped up at home under order of law. What do they expect people to do, twiddle their thumbs? With an avalanche of free porn available on the web (which I do not condone), it's even worse. The streets are deserted, but you can hear the moans coming loud and clear from every house and apartment building on the block. The Okay Boomers will soon be surpassed by the Corona Boomers.
Homeschooling just might take off in a big way. Once people see how it's done and all the advantages that come with it, why not? If more and more people choose to homeschool and attend online classes, what's going to happen to all the left-leaning schools and colleges around the country?
Just imagine what a boon it would be to the nation if we had massive school closures and thousands of Marxist-spouting professors were put out of work.
The same thing with preppers. All the recent fear people have experienced has turned almost everyone into a prepper. My freezer and kitchen cabinet are so crammed full of food right now, I could last months if I had to. My closet has enough toilet paper to survive an atomic war. 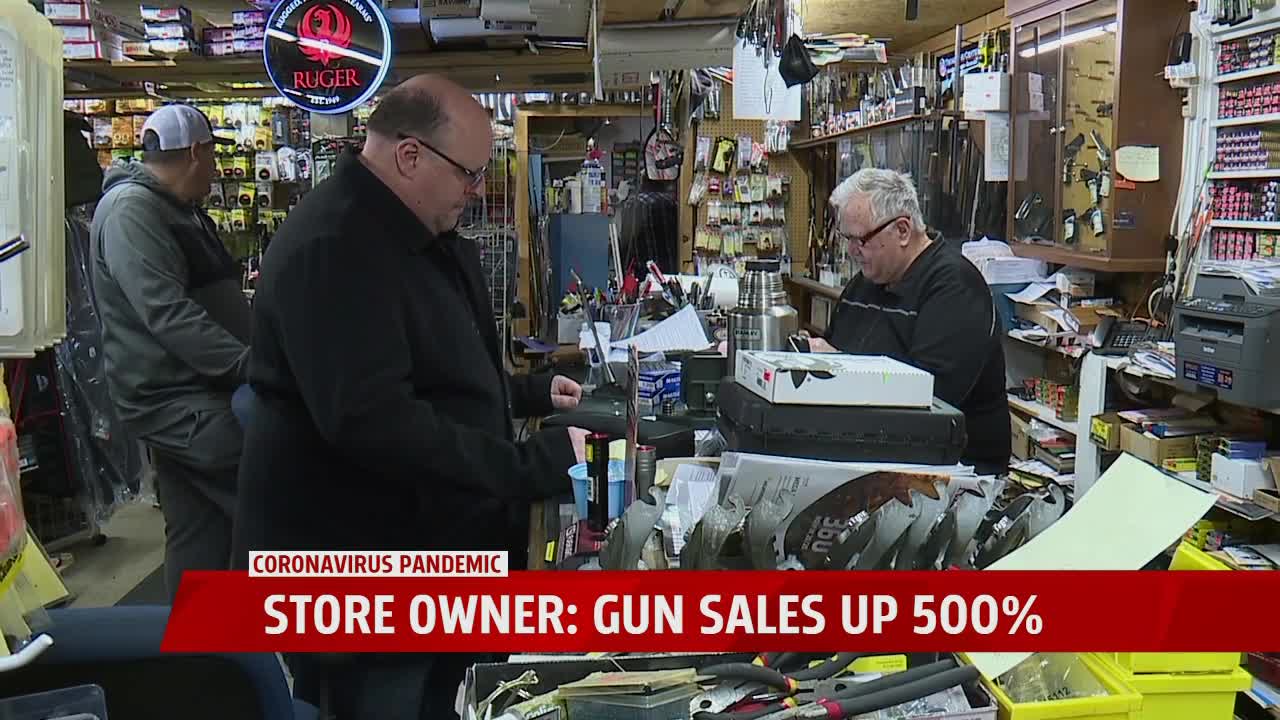 Gun sales have gone through the roof recently, and along with it a decrease in crime. Maybe now people will finally wake up to the fact that more guns equals less crime. No one's going to risk a robbery or home burglary when it's likely to be answered by a bullet to the head.
It's a shame seeing so many restaurants shutter. Almost all of them will be forced to close. But wouldn't it be great if all those fast food boxes went belly up? They've turned Americans into a nation of obese, burger-loving zombies. Shut 'em down. Shut 'em all down.
The same with chain coffee shops. The same with professional sports teams. The same with movie theaters. Wouldn't we all be happier, healthier and better people without them?
Did you know that books sales are up, way up? People who haven't cracked a book in years are actually reading now. I guess not everyone is rolling around in the sack.
Social distancing. At first, I thought it was retarded. I still do. However, I kind of like the fact that people are avoiding me. I never liked standing in line with someone else standing six inches behind me. Now they're a full six feet away. Good. Stay that way.
People wearing face masks and gloves? That's retarded too. But you know what? Stay that way too. Keep your damn germs and filthy hands to yourself.
Have you ever wished for an instant test you could use to determine a person's intelligence level?
You got one. Just gauge how everyone you come into contact with is responding to this "crisis".
It's sad, I know, but their response gives you an instant assessment of how much they know and how smart they are. It's like a giant neon sign blinking over their head that says SHEEP or SMART.
Are you feeling better now? I sure am. I've learned how to stop worrying and love the hoax.
------------------------
Mike Stone is the author of A New America, the first novel of the Alt-Right, a dark comedy set on Election Day 2016 in Los Angeles - - Available on Amazon.
Related - Israel Shamir Takes Up This Theme as Well  while describing the egregious lockdown in Israel.

Comments for "Mike Stone - How to Stop Worrying & Love the Hoax"

Ha, another great piece from Mike Stone!
This made my day! I have been praying that this virus crap would backfire on the ILLuminati, and it's possible it will.

And I wonder (rhetorically) if naysayer JG knows that his "local" news station was bought out by a major network affiliate years ago? They all were once W. Bush repealed the FCC law about the "one owner' only of media outlets.

I am also hoping that this blasts this Agenda 21 away and people realize that living packed together like sardines is not a healthy way to live.
Has anyone been checking the obituaries? I don't notice a huge increase in the number of dead yet. I'm not denying this is a bioweapon, but many times their viruses they create don't work as good as they want. Though the ones like Lyme and Ebola were pretty nasty. So were AIDS. These bioweapons should never be funded, of course.

Mike Stone said: â€œ Just imagine what a boon it would be to the nation if we had massive school closures and thousands of Marxist-spouting professors were put out of work.â€

To see the educational systems collapse would be like having a wet dream to me. When I went to college back in the late 60s, I was indoctrinated into this Marxist twaddle and poppycock. So, yes, there may be a silver lining in all of this especially the people finally realizing that these governments are worthless.

BTW, another silver lining in all of this is the use of toilet paper.

There is always a bright side to any situation.
https://verydumbgovernment.blogspot.com/2019/03/why-i-quit-college.html

This is one of the most ignorant and hostile pieces of misinformation I've read in some time.

I heard multiple testimonies on the news from more than one nurse. People really are dying from this and some of the other nurses are contracting this disease from some of the patients. They are short staffed and short on protective equipment. I have a friend who works in a hospital and he tells me this is for real also.
One nurse admitted that they were told to focus more on the patients who had a chance of recovering than the ones who were more likely not to recover.

One male nurse who contracted the virus has recently learned that his wife and young son have contracted this virus also. These reports were from the local news and not the national MSM.