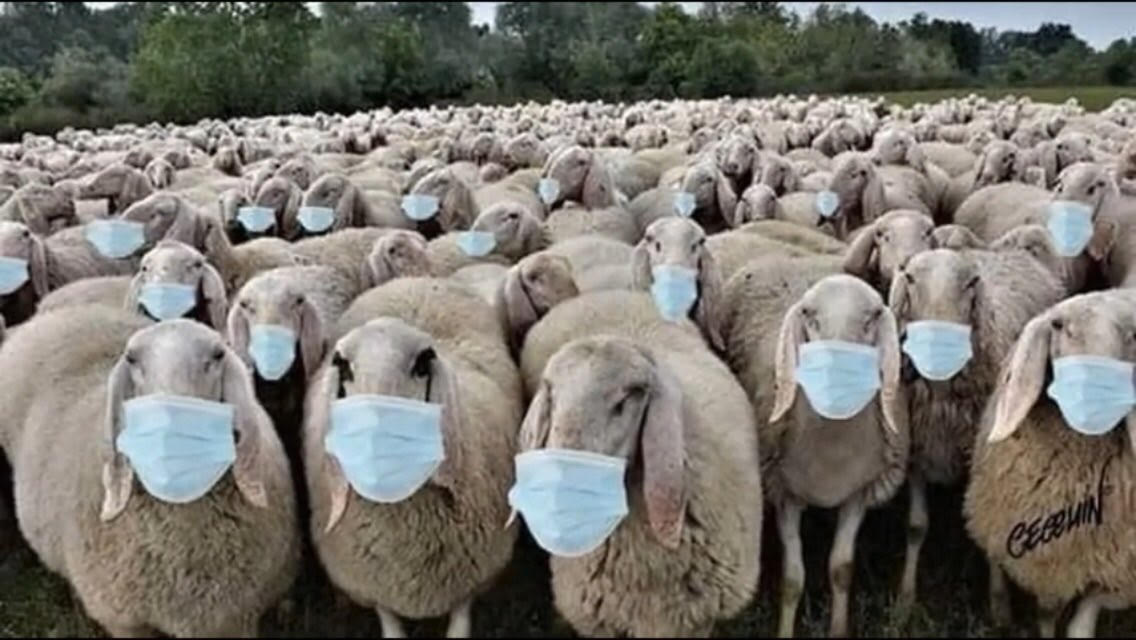 Let me make it very clear to you: these idiots, these Covid-Hoax deniers, are the enemy.

"If you're a young person reading this, then let me tell you that the adults in your life - your teachers, counsellors, doctors, aunts and uncles, and, yes, even your parents - are almost all clueless idiots." 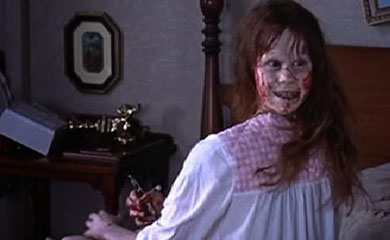 Disclaimer - These are Mike Stone's views, not mine. I think he is making a mistake here. They are using divide-and-conquer. I am more forgiving of conformists taken in by the #scamdemic. Our society is satanically possessed. Naturally, so are the conformists. Think of the movie, The Exorcist. We must be their exorcists. Everyone has Divinity within. We must appeal to that and convince them that the coronahoax is about totalitarianism which is bad for us all.
by Mike Stone
(henrymakow.com)
It's been said that the best way to judge a person's character is to observe how they perform under pressure. Lots of people talk a good game, but until you actually see them react in a crisis situation, you really don't know them. Nowhere is this more evident than in people's reactions to the current virus hoax.
I can count on one hand the number of people I personally know who are fully aware that what began as the Coronavirus and has since been labeled Covid-19 (Certificate of Vaccination ID-19) is nothing more than a common cold virus.
Meanwhile, I know literally dozens of people who actually believe what the fake news media is telling them: that Covid-19 is some sort of mysterious killer pandemic that can be transmitted from one person to another if they stand less than six feet apart. 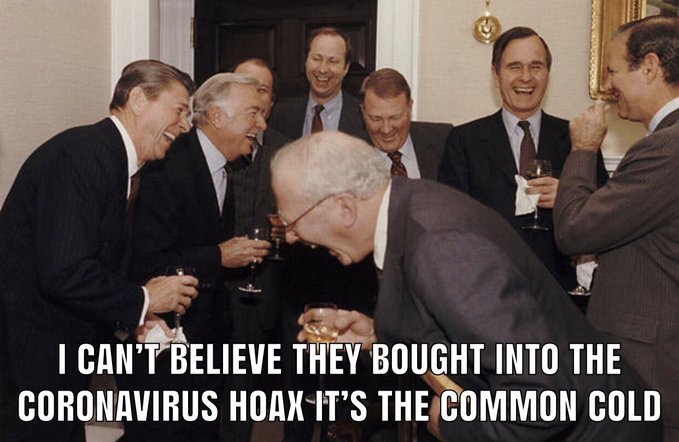 Good article but as a former traditional Catholic I can say that #4 is bad advice. Traditional Catholics have the right idea but wrong conclusion. Vatican II is not the starting point of institutional apostasy. You have to go back 1,000 years to the great schism between East & West. Vatican II proves Rome can defect and fail in contradiction to its own dogmatic teachings. Orthodox Christianity came first. See my book, "The Sedevacantist Delusion: Why Vatican II's Clash with Sedevacantism Supports Eastern Orthodoxy" or my website www.thesedevacantistdelusion.com.

I'm with Stone on this one, right up to the Catholic part. That's his personal choice. I am done with making excuses for the stupid, like they are possessed and can't help themselves or some such BS. Ignorance is a choice and, boy oh boy, are we seeing consequences. For me, I'm heading for the hills.

Mike is right on the money for steps 1 through 3. WAY off on Step 4.

The Roman Catholic Church IS part of the beast system. Hasn't he read Michael Hoffman? Looked into the satanic Jesuits? Recognize all the RC satanic idols and symbolism, especially the Horus' idol in St. Peter's Square? Or read the prophecies of Daniel that point directly to the little horned power that grows out of the 4th kingdom, the Roman Empire?

All the "woke" Catholics that left the Roman Catholic Church in the Protestant movement (originally a movement of God like the early church) believed and wrote that the anti-Christ system will be Roman Catholicism. What they may not have known is that it was fifth columned by the Satanic Cabalists. And yes, the Protestant movement is now corrupt as well! Satan corrupts ALL major human institutions.

Get in a group of awake Christians that know ALL the major religions are corrupt! THAT is our only hope.

This is a good article but oversimplifies things. The virus is real. It's man made. It's not affecting many people but it does affect a few. We still have to tackle it. We didn't learn our lessons from SARS, MERS, H5N1, H1N1, Ebola or Zika. Maybe this time we will. https://slate.com/human-interest/2020/01/coronavirus-outbreak-sars-swine-flu-viral-history.html

When we can't even acknowledge a Creator from the evidence of His creation, we won't be honest about anything else.

JG's comment about Trump's difficulties with media can be answered with Proverbs 22:10 (Drive out the mocker, and out goes strife; quarrels and insults are ended.) Debating will accomplish nothing.

My view of Covid is that sometimes afterwards the theatre will shift to the Mediterranean region in accordance with Bible prophecy. This certainly does so far seem to be happening. The Sea of Revelations where the beasts arise is the Mediterranean Sea. Presumably (and I other believers hope) Christ is coming back on his 2000th year of his ascension from the Mount of Olives. ie Christ stayed 2 days at the Jordan before crossing over, the Samaritan gave two days wages to the innkeeper. A 1000 years is a day in the Lord's sight according to Saint Peter.

Hopefully, countries such as Barbados, Canada, United States, Jamaica, Brazil, Peru, etc will be overall be left alone. I can only hope. And who knows? Some of the old folk spared from the virus due to the stringent measures because of this hoax might pass their gems of wisdom to the youngsters in the years to come. One has to look at the bright side.

Step 4? Try going back to the original version of the Christian faith that Christ started instead. Catholicism strayed away from many of the original doctrines of the faith. This is possibly why their power and authority was curtailed centuries ago by God. Read what happened to Israel being divided when Solomon sinned. A big example is that the Catholic Church took Plato's philosophical "proof" for the immortality of the soul and put it into their version...which unfortunately corrupted other Protestant faith systems that came later.

Great article, Mike! But why on earth did you not put point 4 first? To whom can we turn but to Truth Himself? Money, health and exercise can only go so far, but if you don't have the only true faith you are lost.

I feel for President Trump these days. It's sad to watch him bow and scrape to the MSM news conference reporters day after day defending himself as if he were on trial for something.
I don't know if President Trump realizes it but by constantly being on the defense he's answering to them. He is letting them steer his agenda by cooperating with their demands as he constantly reminds them of how he fixed all the things they were complaining about rather than sticking with his own agenda. Who is playing the fiddle here and who is dancing to the tune?

Another example of this was his voice of no confidence for Georgia's Governor Kemp's decision to open his economy who just one day before had supported his decision. Why did he do this? He did it because the MSM caught wind of it and jumped all over him for it. By doing this he caved in once again to the MSM demands.

President Trump was doing so well and had done so many goods things and really does know better than to let the compass of his administration fall under the direction of the MSM. He was right the first time.

Kudos to Mike Stone. I was just discussing with my doorman how this virus has exposed a great number of people and neighbors as narcissistic, hysterical and gullible cowards and hypochondriacs. A friend once described the Upper West Side of Manhattan as the largest collection of smart stupid in the world. The Deep State plays these turds like they’re Paderewski. Like Frank Wisner of CIA used to say - crank up the old Wurlitzer.

Please tell Mike Stone you know of one doctor in Minnesota that has never believed anything about the B.S. of the Hoax of the Century.
Add me to his list.

Mike's right. Step 4 needs to be Step 1. Without that awakening in masses of people NOTHING will change in the proper direction. This is a protestant nation but, it should be very clear by now that protestantism brings spiritless DEATH, both physical and spiritual. Note the insane suicidal mouthings of the so-called "Christian Zionists" for starters.

Same goes for the rest of the religions which do not acknowledge the Son of God giving his life for a chance of salvation for all mankind and which do not obey Christ's specific manner He taught as the proper way to worship His Father, the Creator of all that exists.