(left, Fritz Springmeier on Slavery)
"I watched "The Pianist" a couple days ago.  Jews in Poland had a whole year to get out of dodge but instead branded themselves with Hexagrams and lined up into the FEMA ghetto by their own free will on Halloween."
"Logic is futile when people are scared stupid!  I tell my mom and brother, the TV stole your brain."
by Chris G
(henrymakow.com)
What we are experiencing is "trauma based mind control" on a global scale.
The East India company was formed by 300 Jewish families with the primary objective of profiting off the misery of black slaves.  Their advanced knowledge of brainwashing people goes back to the Egyptian Book of the Dead;  They would murder one intelligent slave to scare the other ones that outnumbered them into submission.
I live in an isolated community in the country and over a week ago, it was pretty much normal here with the exception the restaurant only offering take out.  I could walk in and out of the grocery store no problem.
Then after the brow beating of the dummies here that watch too much TV and can't think for themselves, things began to change. People with their own free will started standing back from each other at a distance and put up signs in stores "10 only".
I can spot the only intelligent worker in the store and can gossip with her because she is the only one in there not wearing gloves.
My mother and brother constantly try to shame and scare me on the phone to take this virus panic thing seriously.
I tell them what I take seriously is China and Russia are going take over the USA and nukes are going to set NY city on fire.
I take seriously Doctors are murdering people with vaccines.
I tell them that way more die from the regular flu, so where is the quarantine for the regular flu?
Logic is futile when people are scared stupid!  I tell my mom and brother, the TV stole your brain. 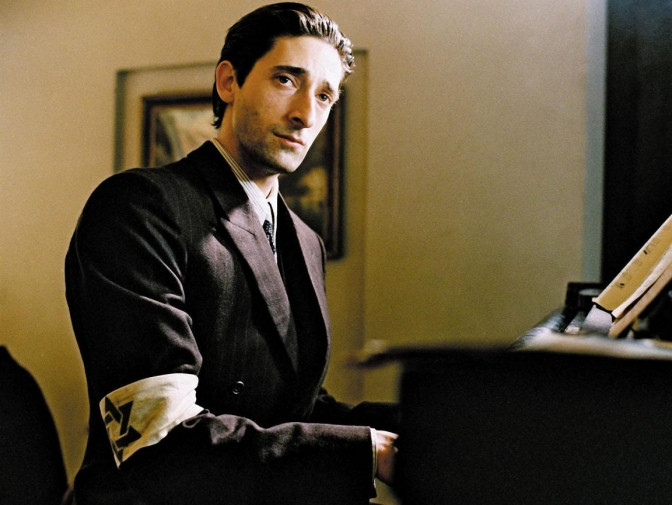 I watched "The Pianist" a couple days ago.  Jews in Poland had a whole year to get out of dodge but instead branded themselves with Hexagrams and lined up into the FEMA ghetto by their own free will on Halloween.
Jews who didn't go to the ghetto stood a better chance of surviving.
I dread to see what the Satanists have in store for mind controlled slaves this Halloween, the day they love to kill for their vile god.
It's no coincidence in the month of the War devil March (Mars/Set), they would bring the hammer down on the whole planet.  Now that the obedient poodles have been trained so well to "self-isolate", they won't be surprised when next year March someone is holding a gun at them to stay in their house, so they can be found later for whatever sinister purpose.
It always amazed me how someone can stand still for someone to put a bullet in their head instead of doing a cartwheel, fight back or something if you are going to die anyways.
Fear paralyzes and makes you stupid.  The media applauds stupidity and shuns intelligent people for thinking.
The "Make America Great Again" trained poodles are still in denial. Trump is a great actor that fooled them into living in a communist dictatorship.
The handouts are to make you dependent instead of independent.  If you ever have a chance to get out of the USA, get out before it becomes like the Warsaw ghetto.
Everyone needs to get out of the cities and into the countrysides and decide seriously where they want to be stuck when Martial Law and World War 3 is in full swing.
The corona is only the first stage. People from 150 years ago would fare better because they all knew how to hunt, fish, garden, defend them-self, build shelter and live off the land the way Eternal God intended.  People have been trained to be stupid and are going to starve.  We all have to go back to basics to survive.
TOO CRAVEN AND STUPID TO BE FREE?
The Rothschilds have outdone themselves this time;  By their own free will, the trained poodles have destroyed their own livelihoods so the Rothschilds can expand their vineyards by stealing more private property as businesses go belly up and mortgages foreclose.
The science behind ripping everyone off;  Silent Weapons For Quiet Wars:
...it was agreed that a nation or world of people who will not use their intelligence are no better than animals who do not have intelligence. Such people are beasts of burden and steaks on the table by choice and consent...[page 6]
Unity is strength. Defy the lockdown! As for being fined, they can't fine all us at once.
If all the businesses stayed open there is nothing they could do against them but BLUFF.
About nine years ago someone came at my door and threatened me if I didn't do my census I would get a $5000 fine.
I told the person it's against my religion and today I'm still waiting for the alleged fine.
---------
First Comment from Alan P:
What a timely article.
As David Icke says, "When you know the destination you can see the journey" and accordingly, I am watching the news in the UK to see what stage of propaganda they are peddling. Methinks if the end game is the microchip and Mark of the Beast, the journey is going to be through vaccinations. So I have warned family and friends to listen for the drumbeat demanding mandatory vaccinations in the UK. It's already telling how hardly anyone has heard of 'ID2020' recommendations to use vaccines in conjunction with microchips to facilitate human connectivity to the 5G control grid. That should be front page news. This is my take on 'the journey' I am seeing now, and the future milestones I am anticipating in later TV propaganda:
1. Instil pandemic fear of death to divide people into isolated units to promote mistrust and sense of vulnerability
2. Use BBC, Sky News and other mainstream media to promote "war-footing" and "we are all in this together" psychology so that Government Emergency Powers are accepted without question and you-are-a-traitor-if-you-don't-go-along-with-the-brainwashing.
3. Promote oft-repeated mantras like 'The New Normal' to drill down the way things are going to be from now on
4. Incentivise belief in 'government benevolence' by giving generous financial handouts in the early stages of the crisis
5. Demonize cash transactions as unclean, but support digital transactions as the safe and responsible approach
6. Drip-feed the need for a vaccine, and promote experts extolling 'vaccine science'
7. Tell the lie that having had Covid-19 will not confer immunity to ensure even those who've had the disease still must take their shots 8. Demonize those who question vaccine science, labelling them as ignorant or a danger to society (vaccine shaming)
9. Make the lock-down linger on miserably so people demand a vaccine "so things can get back to normal" 10. Celebrate the arrival of the 'Miracle Vaccine' as the golden remedy to revive markets and save jobs
11. Put scholars and experts on the news promoting the vaccination take-up. Show cool celebs and pop stars happily getting their microchipped shots.
12. Abrogate national governments from vaccination responsibility, instead allowing troops from the UN and The World Health Organization to forcibly administer vaccines military style (in the world's best interests), and implement quarantine imprisonment camps for vaccine-refusers. This certainly may be a fulfilment of Matthew 24:10 - "And then shall many be offended, and shall betray one another, and shall hate one another." It ain't going to be a pretty picture, especially if they decide to crank things up a bit with the internet kill switch and a Third World War.
Bless you and your readers Henry. You've always been on the button.

“The coming of the lawless one will be in accordance with how Satan works. He will use all sorts of displays of power through signs and wonders that serve the lie,

10--and all the ways that wickedness deceives those who are perishing. They perish because they refused to love the truth and so be saved.

12 and so that all will be condemned who have not believed the truth but have delighted in wickedness.“