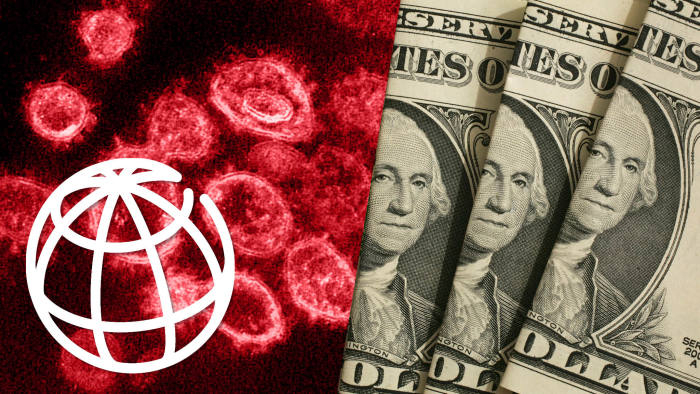 Was the World Bank's half billion dollar bet
on a pandemic simply insurance, or did
Bill Gates give them advance knowledge?
Half Billion $ Pandemic Derivative (Feb 25)
by Martin Armstrong
(henrymakow.com)
QUESTION: Mr. Armstrong; Have you been called in by the World Bank because of the coronavirus? The rumor is you are advising on this pandemic from a financial crisis perspective. Yes or no? Some say you have a financial interest in not calling this a pandemic. Care to comment?
JV
ANSWER: Yes, we have been called in to do studies and forecasts based on the coronavirus. No, we have no financial interest either way. That makes it a really stupid rumor. We do not do such projects on some sort of a contingency basis. I am not at liberty to say by who. However, if there is a pandemic, the World Health Organization gets to keep money and the bondholders lose. You figure out who would be asking for help.
For those who are not part of the conspiracy networks, this is related to the outstanding World Bank Pandemic Bonds which will come due for expiration this July here in 2020. This will be in the neighborhood of $500 million which is perhaps a structured derivative time bomb that most people have never heard of.
These pandemic bonds were sold to investors as a giant gamble in the global financial casino. The World Bank sold "pandemic bonds" which were a scheme like no other. In 2017, these bonds were sold to private investors on the premise that they would lose their money if any of six deadly pandemics hit. They did not pay out in 2019 when the Ebola virus broke out in Africa. The World Bank announced the creation of these structured bonds in May 2016 at the G7 Finance Ministers and Central Governors meeting in Sendai, Japan.
The World Health Organization will keep the money and will use it to fight the outbreak. Investors bought the bonds and received regular coupon payments in return, which were substantial in this world of negative interest rates. If there is an outbreak of disease turned into a pandemic, then investors don't get their initial money back. There are two varieties of debt that are scheduled to mature in July 2020.
The first bond issue raised $225 million and features an interest rate of around 7%! That was substantial. Payout on the bond is to be suspended if there is an outbreak of new influenza viruses or coronavirus. The second type of bond was even riskier which raised $95 million with an interest rate of more than 11%. This second type of bond keeps investors' money if there is an outbreak of Filovirus, Coronavirus, Lassa Fever, Rift Valley Fever, and/or Crimean Congo Hemorrhagic Fever.
Then the World Bank issued $105 million derivative that works in a similar way.
Obviously, we have cyclical models that also cover disease. It does not take much to figure out that we would be called in to project the risk. It would be in the interest of the World Health Organisation to declare this coronavirus a pandemic. They would benefit from the cash. The bondholders will lose. We have NOT been called in by the World Bank. That much I can say.
------
Related- World Bank Launches First-Ever Pandemic Bonds to Support $500 Million Pandemic Emergency Financing Facility (June 2017)
World Bank Bonds Set to Default

Comments for "World Bank Bet $500 Million on a Pandemic "

Of course, all these satanists/talmudists/masons are in the plot together. Nothing is done, ever, outside the financial gain of bankers and how to cause that gain in ever greater amounts, as this is the key to control of the world.

Politics, now run by greedy opportunists and practicing satanists, is simply the cheap means to install and enforce what the bankers desire. By now that should be obvious even to the most stubborn speculators trying to get rich on the working guy's back.

Religion has finally been almost totally subverted by these evil devils and demons, otherwise none of their plans would be allowed to enslave the people as they now do, using this obviously criminal form of banker-owned government force. That is why all opposition to these criminals is just useless hot air unless many, many people honestly return to God and His proper rules of life, giving them an understanding of right order and how to implement it in a godly manner. There is no salvation from the coming planned evils to those who oppose or purposely ignore True God.