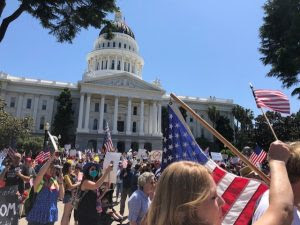 Ryan was one of the first of the 32 arrested in Sacramento, CA last Friday, for defending his
Constitutional rights.
"Those who would give up essential liberty to purchase a little temporary safety, deserve neither liberty nor safety." -- Benjamin Franklin
"When the people fear the government, there is tyranny; when the government fears the people, there is liberty." --Thomas Jefferson
by Ryan Messano
(henrymakow.com)
The rally at the Capitol against Communist tyranny last Friday was a remarkable feat.
Governor Gavin Newsom, a Communist tyrant, said that only 500 people had a 'permit' to assemble at the State Capitol.  First of all, the First Amendment gives American's five rights.
Those rights are:
Right to Grieve; Right to Religion; Right to Assemble; Right to Free Speech; Right to Free Press.
"Congress shall make no law respecting an establishment of religion, or prohibiting the free exercise thereof; or abridging the freedom of speech, or of the press; or the right of the people peaceably to assemble, and to petition the Government for a redress of grievances."
There are no exceptions for when those rights are granted.  No government is permitted to limit the number or place where Americans can assemble to protest.
We have 40 million Californian's, and less than 1,300, according to Johns Hopkins, have allegedly died from this Coronavirus since December, over four months ago.  We are shutting down the state over that?  That's ridiculous, and no rational person agrees with it.  The poor in America, along with the middle class, are being viciously forced into slavery, and that is evil and wicked!
Newsom alleged that the CHP (California Highway Patrol) gave an order for the crowd to back down.  I was on the top steps of the Capitol, letting CHP know  that they had a duty to uphold the Constitution.  They must choose, do they defend the Constitution or tyranny, and for those who choose wrong, woe to them.  I never heard the order. 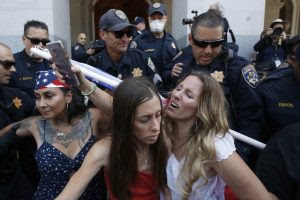 Suddenly, the CHP officers took out their batons, and began moving down the steps.  As a taxpayer, an American Citizen by birth, and a military veteran, I have every right to protest at the Capitol, and so  I wasn't backing down and refused to give way.
Suddenly, my hands were yanked to my back, I was dragged behind the CHP line, and had zip ties placed around my wrists and was handcuffed.  I was taken into the parking garage of the Capitol, surrounded by nice shiny cars of wealthy and corrupt politicians, and held for 2-3 hours.
The CHP officers were polite and courteous, and a few were exceptionally honorable in their dealings with us patriot protesters. However, the underlying issue is, they have no right to obstruct American Citizen's right to  protest in public.
It was sad to see the majority of the 32 protesters taken into custody were women who were fighting to defend their children against this tyranny.
Also, it was sad that the CHP pushed over 1,000 protesters from the Capitol building to the street and only 32 were arrested.  Civil Disobedience should have been practiced, and there should have been at least 500 arrests.
However, none of us conservatives expected this treatment from the CHP, whom many of us have staunchly defended against criminals.  We were unprepared, though we will not be next time. 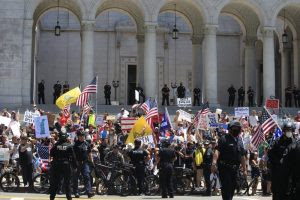 It was great to see so many patriots assembled in one place.  The signs were truly awesome.  I have never seen so many signs about tyranny and how it would be resisted.
Considering the blood of the 100 million murdered by Communists in Russia and China, all innocent, and  the hundreds of thousands of American young men, who marched off to war from World War 1 on, hoping to fight for America, when in reality they were used for the selfish ambitions of globalist bankers, it is time to resist tyranny.
'Tyranny = War' read one sign, and we are about to witness the complete collapse of the globalist bankers, their media, their schools, their tech companies, Communist China, the U.N., the W.H.O., and a host of victim groups, NGO's (non-governmental organizations), and other groups.
Then, when America restores marriage and the Christian Church, the two organizations that made America great in 1776, which are under vicious attack from globalist bankers, we shall have a peace and prosperity this nation has not had for over a century.
----------------- 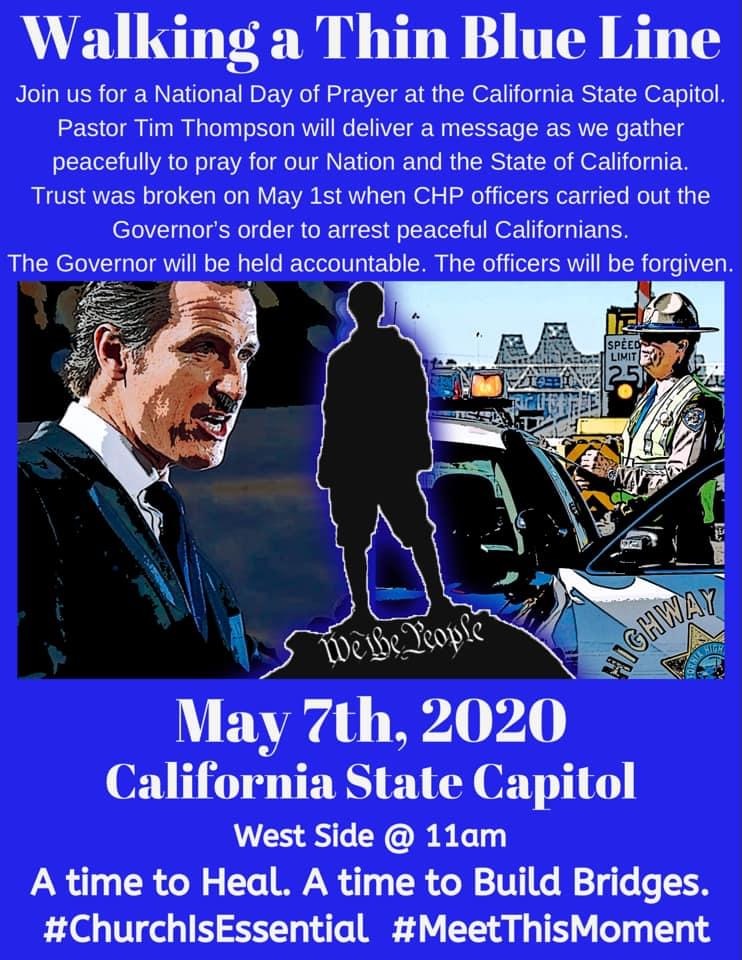 Next Demo
First Comment from Andrew
Ryan Messano nailed the most important aspect of COVID-19 LOCKDOWN.
The Lockdown is an assault on the US Constitution.
If the Learned Elders of Zion succeed they will have overthrown the fundamental human rights of all Americans forever.
The COVID-19 LOCKDOWN is actually a Communist Reign of Terror to kick-off a coup d'tat which is why things will never be normal again.
Or a Reign of Terror masquerading as a health measure...

Precisely. The mark of the beast will be introduced to the world as a health measure. This will fly with the whole earth who do not know the truth of these matters, the history of the CDC and/or communist tyranny. Those pesky and defiant Christians who refuse the COVID digital tattoo will be branded as dangerous contaminants to World Health. The safest, sanest, and most humane way to deal with them all is the guillotine, the use of which, as there is now a WHO billing code for death by guillotine, will no doubt be overseen by doctors.

The use of the guillotine was foreshadowed to us in one of the NASA space flights when a miniature one was sent up with some mice. This was no doubt masonic symbolism for what they intend to do to those pesky vermin known as Christians on the earth! It all flew across the second heaven, which is Satan's domain, but, of course, never made it into outer space, which is not accessible to man.