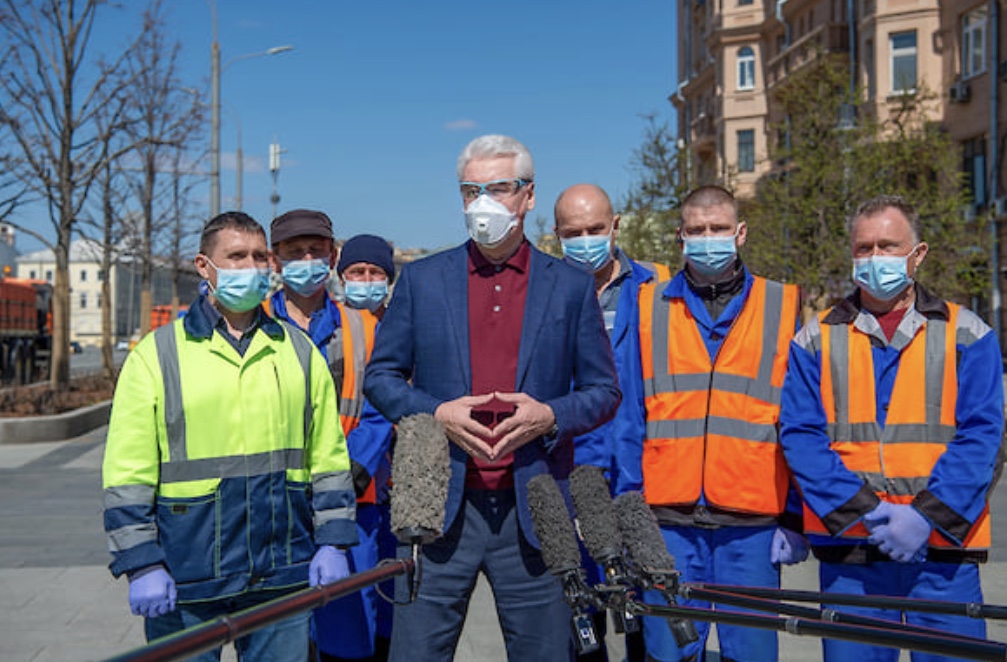 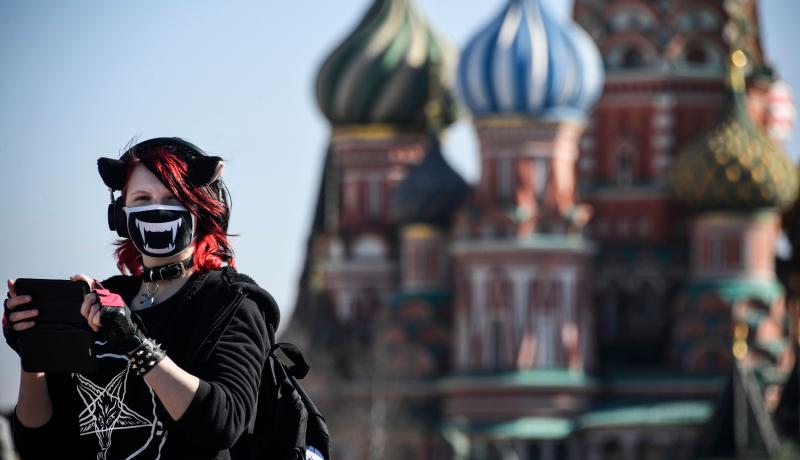 The number of cases is exaggerated by statistics manipulation with doctors being forced to classify any kind of pneumonia-like diseases as coronavirus, which has already caused several suicides by doctors, who refused to compromise their integrity.
None of my friends, relatives, acquaintances, neighbors know any people in their social circle being infected with COVID-19. Yet everyday the mass media tells us about new and new Russian government officials, pop stars and public persons getting "sick".
In this kind of setting, Moscow Mayor Sergey Sobyanin has enforced the most draconian lockdown ever, which is way more harsh than federal measures. 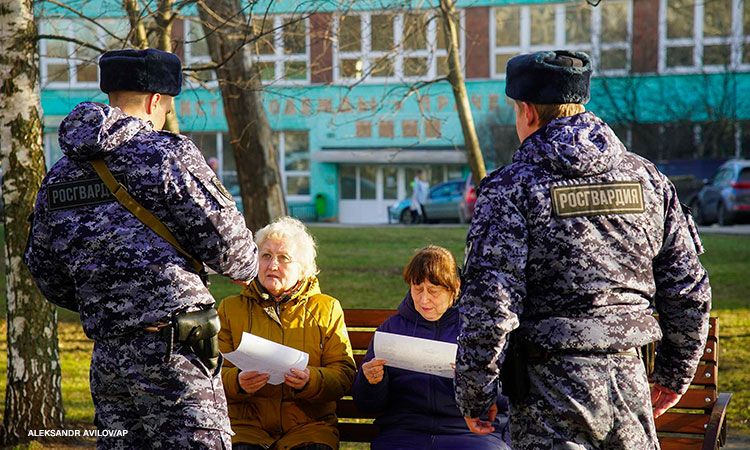 (Move along ladies)
Pretty much all the businesses have been shut down for more than one-and-a half months and we see no end to it.
There's already an avalanche of bankruptcies and unemployment. You are not allowed to leave your home even to go to the nearest shop unless you have a special digital pass with a QR-code issued by the government.
You have to obtain this pass every time you leave home. If the government considers that you request the passes too often, they have a right to decline without further explanation.
You are not allowed in public transport and taxis unless you have a mask on, although it has been proven that a mask is an inefficient way to fight any kind of viral decease.
Mandatory vaccinations with subsequent 2-weeks long home isolation are already being openly discussed with the Mayor publicly declaring, that in case the majority of Moscovites do not comply, City Hall "will have to ask the help of the Army".
Cameras and cell phone triangulation data are being used for tracking people without passes, video analytics define whether people are wearing masks or not... Luckily Russian police, even in Moscow, are too lazy to prosecute the offenders en masse, but if the Army is used, we are in deep trouble. 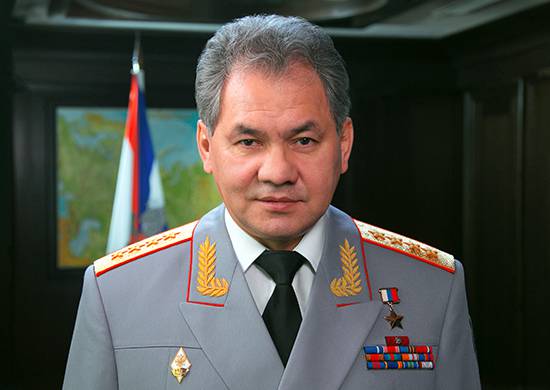 Russia as a whole and Moscow in particular, have always been under Communist, Chabad and Satanic grip. There's nothing Christian about it. The new supposedly Orthodox Christian Cathedral inaugurated recently by the Minister of Defense Sergey Shoygu, who is a shamanist, Knight of Malta and a 33rd degree Freemason, contains images of Communist pentagram, hammer and sickle and mosaics with the portrait of Joseph Stalin. How sick is that?
While some Kremlin-associated and leftist alternative media in the West still portray Russia as a Christian country and Vladimir Putin as a great leader, we are suffering from defunct government institutions, low quality healthcare, poor economic development, social injustice, a real HIV epidemic, abortions and drug abuse and now unprecedented digitalized tyranny by the decaying mafia state.
People in the West and the USA need to realize that although socialist democracies or laissez-faire capitalism are not the best options, countries like China or Russia proffer something that is way-way worse. Stop supporting and praising the criminal Putin regime.
Fight against the COVID-19 related tyranny and breech of constitutional and essentially human rights!
Just look at the picture of Moscow Mayor Sobyanin making a masonic hand sign (above), while he's giving a press conference about the "new normal" after the lockdown ends, without specifying, by the way, when that would happen. There's nothing normal nor new about tyranny, except that now digital technologies are implemented to enforce it.
Stay strong and don't back down!
Even if 20% of population of the West resists the stupid measures like masks and lockdowns, it will force the globalists to retreat for a couple of years to their mega yachts and bunkers to ponder their next "ingenious" plan of total enslavement.
For Russia or China, countries used to killing their own citizens by dozens of millions, 20% is nothing, we need more opposition.
Let the West finally show us a true and proper example of freedom!
------
Alexander comments on Putin's "Double"
The fact is that even if Putin was really killed and replaced by a double, which I think might be the case by the way, it was definitely not a game changer.
The original Putin's background shows him being a patsy of international intelligence services, some saying him being a double agent for KGB and MI6 while on duty in Bremen.
After his return to Russia he was appointed a vice-mayor of Saint Petersburg, while mayor and his mentor was a globalist shill Anatoly Sobchak.
Immediately after he was appointed a vice-mayor Putin was implicated in embezzlement and connections with organized crime, but managed to get all the charges against him dropped.
In fact the majority of Russian political and economic big shots came to power with the original Putin as his ex co-workers either in Germany or in Saint Petersburg. Check out German Gref, Alexei Kudrin, Alexei Miller, Dmitry Kozak, Igor Sechin, Dmitry Medvedev, Valentina Matvienko, Sergei Chemezov to name a few.
It is during his Saint Petersburg days he got introduced to and "developed a beautiful friendship", in his own words, with Henry Kissinger. It is the original Putin, who granted a Chabad Lubavitch rabbi, an Italian and US citizen, Berel Lazar a Russian citizenship and assisted his promotion as a chief rabbi of Russia.
If you want more info about "heroic" deeds of Putin, check out notable terror events with a taste of false flags such as Nord Ost, Moscow Bombings and Beslan, not to mention the infamous Kursk submarine, which just "drowned", according to the original Putin's statement given with a cynical smirk at CNN's Larry King Show.
His supposed war against oligarchs was completely fake. Only two of them suffered while dozens of others accumulated even more wealth, with new oligarchs, his cronies, appearing on the scene.
I do believe that probably there was a glitch in the original Putin's programming. After all his shady biography in early years indicates he might be subjected to mind control. So his cronies decided to kill him and replace him with a double, but only to keep the status quo. The original Putin was just as bad as the "collective" Putin, who "rules" now, always a globalist patsy, never taking his own decisions, never caring about the Russian people.

Comments for "Stringent Lockdown Proves Russia is a Globalist Toady"

I agree with Tony Bâ€™s comment [below.] Russia is indeed a huge, resourceful country which comprises a great number of different, and sometimes opposing ethnicities & religions. It would be disastrous to run such a country in the corrupt â€œliberal democracyâ€ manner, where every 4-5 years another Jew Banking clan pawns take over.

I also concur that the article smells like the usual NWO/Globalist propaganda, especially the part which concludes the text â€“ â€œFor Russia or China, countries used to killing their own citizens by dozens of millions, 20% is nothing, we need more opposition. Let the West finally show us a true and proper example of freedom!â€

Such a trite and classic anti-Putin telltale.

In reference to Nick's comment; not to worry, the original Vladimir Putin is alive and well.

The COVID PROJECT is an international oligarch's exercise to test the world's tolerance to global governance and unconstitutional law. Russia, for the time being, like America is going with the flow for political reasons. They have been slammed with unjustified trade sanctions and they don't want anymore.

This exercise will eventually fade away as the world economy comes back into play.

What's always missing on these Russia-is-in-lock-step rants is that the control of the country is divided into those who want Russian sovereignty (the Putin part) and those who are gung-ho for the western style, Rothschild controlled, payoff to high level prostitutes' selfish aggrandizement (the Medvedev part).

1- Personally, I believe the "Putin has been replaced" line is bunk, but he is not a dictator and the other side has the Rothschild bank which makes them the stronger in important ways. The mayor of Moscow is notorious for being a "western" hack but it is not the president's prerogative to shut him down.

Another thing never mentioned is that Russia, a huge nation, covers a large number of races, religions and cultures, many of which are in opposition to others. That alone makes it a very touchy place to properly rule in a one-fits-all central manner.

The article sounds like the usual Rothschild/CIA/Mossad/whomever disinformation to me.

2-I have a good source, almost always accurate, who claims to have - fittingly for this article - a Russian friend, now in South America - who claims that the virus vaccine, which Gates, et al, want to force on the whole world, will contain something that can be triggered by 5G weaponry to kill almost instantly anybody containing this vaccine. The word "millions" was used.

An excellent reason to violently refuse this Gate's poison. Especially when also knowing that Gates, major owner of several big pharma vaccine makers and the WHO, also owns the biggest part of the biggest 5G corporation, "Castle" something, and has recently bought two more outfits working with 5G.

I just wanted to leave a comment on your most recent post about the mayor of Moscow and what's happening over there.

It appears Vladimir Putin was killed years ago, back in 2012. His own wife and daughter have stated they do not recognize him, which is what likely was the cause for the divorce.

Do you think that the real Putin who freed Russia of the Oligarchs and turned his country around 180 degrees would march lockstep with the globalists by shutting his country down and enforcing these measures?

They've put a body double in his place.