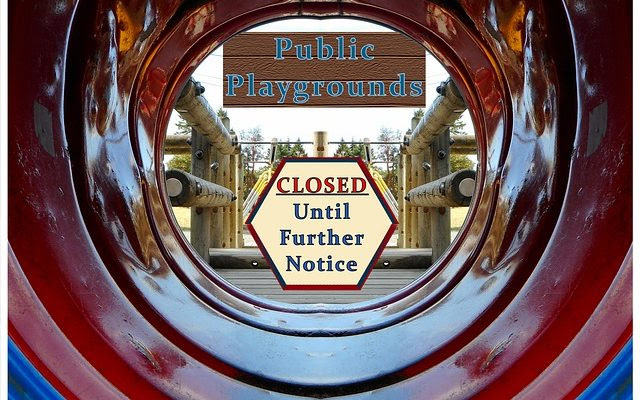 The almost universal lockdown is proof that one world government already exists. The lockdown, dictated by the Cabalist (Masonic) Jewish (Illuminati, Satanist) central banking cartel constitutes a criminal betrayal. A failed gambit to impose totalitarian control, government, media and medicine will never recover legitimacy or trust.
In the article below, Gary Barnet shows how the hoax has diminished our lives by restricting our most basic right: our freedom of movement and human contact. The scamdemic is essentially a Satanic deathwish, nothing personal.
"Simply to have all the necessities of life and three meals a day will not bring happiness. Happiness is hidden in the unnecessary and in those impractical things that bring delight to the inner person. . . . When we lack proper time for the simple pleasures of life, for the enjoyment of eating, drinking, playing, creating, visiting friends, and watching children at play, then we have missed the purpose of life. Not on bread alone do we live but on all these human and heart-hungry luxuries."
~ Edward M Hays (Unsourced)
By Gary D. Barnett
(henrymakow.com)
Life holds the key to a plethora of physical, emotional and spiritual pleasures, whether simple or complex. A pleasurable life can be magnificent, and life without pleasure will certainly be mundane, but it can also be hell on earth.
The pleasures I speak of have to do with everyday living, loving, and beauty. They have to do with freedom, nature, food, art and music.
When one is free to experience life to the fullest, to love, to dream, to laugh and cry, to embrace others, to play games, to travel to exotic lands, and to learn, his mind is consumed by joy and excitement.
When one is free to love and nurture his family, to help others in need, and to experience every part of life, then he is whole. But if one is restricted or controlled, spied upon, beaten, incarcerated for victimless crimes, isolated from his fellow man, threatened, abused, and shamed, then all pleasure is taken from him, and he is left with emptiness.
This is the agenda sought by the criminal state, one of attempting to take total control of our lives, which if accomplished would leave us empty and filled with despair instead of joy.
CABALIST TYRANNY
Once a society succumbs to the rule of tyrants, & allows their lives to be forcibly taken from them, a once real & pleasurable life is replaced by routine, isolation, & almost robotic monotony.
In that environment, emotion and passion are not possible, & without emotion & passion, all that is left is hopelessness. That hopelessness leads to darkness, and a life empty & devoid of even simple pleasures.
The result of this horror is slavery, & the only psychological escape from the constant pain of slavery is death. Life is too short & important to allow the evil among us, whether government or any others, to restrict our freedom or to demand our isolation so that we are easier to control.
Just consider all the common joys that are no longer available due to this fraudulent pandemic created & implemented by the ruling class and all their pawns in the corrupt American political system.
Consider what this wicked government deems non-essential to our lives. 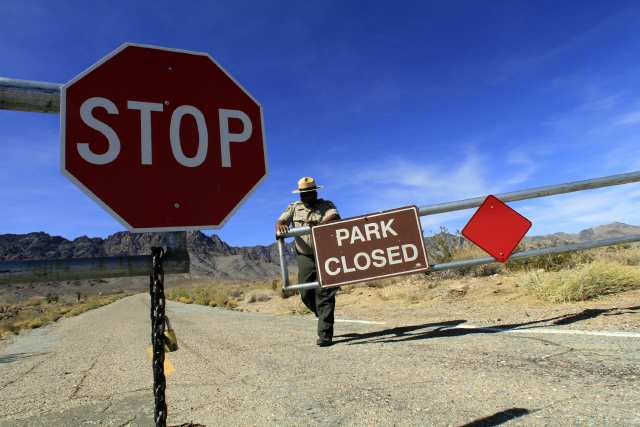 There are virtually no sporting events being played in this country, not even little league baseball. Children are not allowed to get together to play.
No gatherings of people are allowed, so most every event has been cancelled, from art shows, live music concerts, banquets, fund-raisers, charity events, & any function whatsoever where people gather together to enjoy life. This even includes most houses of worship.
Going out to a nice restaurant with family, friends, & neighbors was forbidden these past few months, & most every restaurant was closed. Even though some are reopening, the ambiance is gone as Plexiglass shields and ridiculous "distancing" rules make for a cold and impersonal experience.
Romantic dinners have become a thing of the past. All around this country, people are wearing masks, masks that not only hide faces and expression, but that also can cause great harm to those wearing them. International and most major travel has been nearly eliminated, and in many places even local travel has been banned.
Parks and beaches have been closed, and people are being told to stay inside in home prison.
The so-called American Dream has been destroyed, as most all of the small businesses were closed by mandate, leaving many tens of millions of people out of work with no way to support themselves and their families.
Every gathering for exercise and spiritual growth were cancelled, including classes in yoga, sewing, bingo, and potluck dinners.
Even family reunions have been cancelled, as this nonsense continued. Exercise was almost eliminated as gyms and exercise classes closed, and many hiking areas were blocked off.
Even boating on open water was banned across the country. While public schools are atrocious, closing every school in the country left millions of children isolated from their friends and from normal interaction and play. 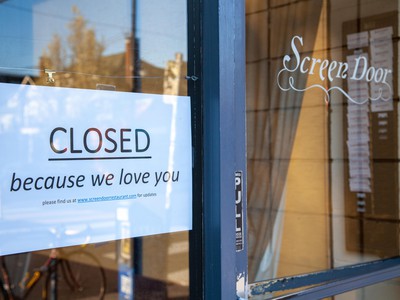 All pubs were closed. Even the simple pleasure of getting a haircut was virtually eliminated. This is just a very short list of things that were made unavailable to nearly every American, with the exception of course of the elite ruling class, who mostly continued living outside the rules meant only for the common people.
PSYCHE WAR
All of these tyrannical and fascist restrictions have caused damage at every level to the psyche of the population. Much of the psychological damage I fear will be long-lasting or permanent, as the toll on Americans has been devastating.
One of the driving forces of pleasure for humans has to do with creativity, & these lockdowns have completely stifled much if not most of that creativity.
The creative side of individuals varies greatly, but one thing stands out, & that is that most of us are creative in one way or another, & shutting down all the pleasurable parts of life tend to destroy creativity and breed complacency. 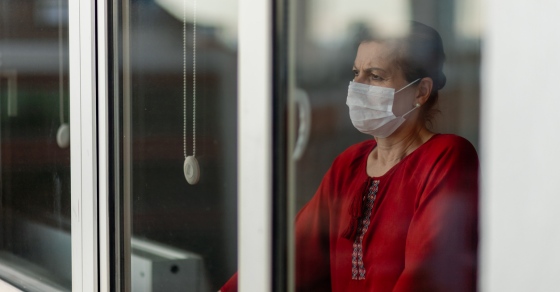 With this mostly unseen consequence, how many will lose an interest in life, & how many will commit suicide due to this phenomenon? How many will go into depression during & after this insanity? How many will become abusive & violent, & how many will wither away to nothing as all hope for the future seems a distant memory?
I said at the outset of this lockdown barbarity that the number of suicides alone would outpace all the deaths due to this fake pandemic, and this is already coming to fruition in some states and areas, even though the economic and psychological damage is only now beginning.
As it will take years to overcome the damage caused by the state's response to this manufactured crisis, the deaths due to suicide, weak immune systems caused by isolation and stress, the unemployment and coming poverty, the multitude of bankruptcies, and the negative impacts on the family, will lead to unending and untold carnage in the general population.
As humans, we all face life and death constantly, but strive to enjoy our lives, our families, our friends, and the beauty of nature for as long as possible.
There are evil forces attempting to eliminate all that is good in life in order to gain total power and control over us, and this effort is leading us away from joy and happiness and into the abyss of hell. This is not acceptable, and has to be quickly stopped.
Instead of asking others to fix this, or to tell you what to do to stop it, stand up and stop it yourself. Each of us as individuals has a responsibility to fight for our family, our freedom, and ourselves.
There are so many more of us than the enemy ruling class and government, but looking for a "leader" or savior to come to your rescue is nothing more than a guarantee that you will forever remain a servant to your masters.
If real freedom and the enjoyment of life are desired, fear must be defeated by individual courage and action.
-----------------
"The ultimate measure of a man is not where he stands in moments of comfort and convenience, but where he stands at times of challenge and controversy."
~ Martin Luther King, Strength to Love (1963) ch. 3
Thanks to John B for sending this.
First Comment by JG
Never in the history of mankind has the whole world been under global governance in it's entirety like it is now.
Never in the history of mankind has legitimate commerce been eliminated or restricted involuntarily like it is now. This is a Green Party agenda being implemented to usher in the godless super state to be imposed on the world population.
I'm proud of the courage that is slowly being displayed by SOME of the American people right now. And, I'm not talking about the mindless rioters in Minneapolis that are taking advantage of a crisis much like the Wall Street investors are. They will be victims of their own doings.
Time is running short for all of us as we continue to hang separately. This was a long time coming ever since we allowed ourselves to be ruled by greed and commercialism and not God and country.

want to purchase a new motorcycle but with an uncertain future of where and how I can use it I can't bring myself to do it!

As written before, this is a direct attack on God's gift of FREE WILL to mankind.

It is especially proven criminal now that the Italians have gone against WHO orders and autopsied the dead to discover that this is a man-made bacterium which clots the blood in the veins preventing oxygen to serve the body, IT IS NOT a virus and IS VERY EASILY CURED WITH ASPIRIN AND A COAGULANT MEDICATION.

This is an important article, reminding people of what they are so susceptible to forgetting as they get suckered into the concocted Great Collective Cause of saving the world from normal sickness. All the nonsensical, cognitive-dissonance-engendering strictures on activity being dreamt up make it blindingly obvious that we are targets of a coterie of petty puritans who, when they see little Johnny having fun in some inventive play, instinctively react by telling him he mustn't do that.

The finance/corporate world has shown its guiding hand in this exercise, and as we throw off the scam we must simultaneously cast these miscreants from their positions of tyranny, which they abuse to undermine our freedom. The money system is very pliable, not "a given", and could be readily adapted to serve the interests of the individual rather than those of aspiring dictators.

Not all the news is bad, Henry. Their dear "The Internet of Everything" project has not been mentioned in weeks after initial heavy promotion amid the fear mongering. The draconian measures are starting to be relieved with the re-openings, and hopefully eliminated in due time.

Cautiously optimistic now, but believe that humanity is going to win out in the end!