The Real Virus is Communism (Satanism) 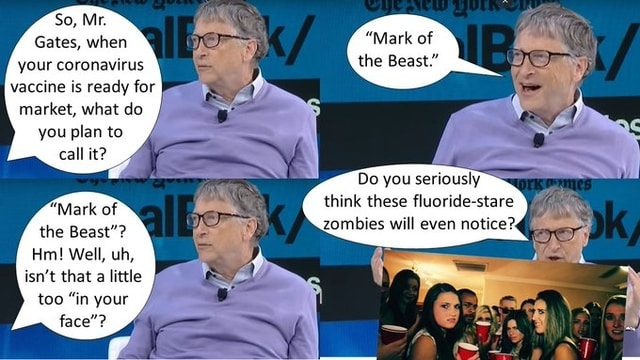 The twin World Trade Center towers were toppled in NYC on 9/11 and replaced with One World Trade Center.  If you missed this symbolism, the replacement building even has pyramids embossed on its faces.
Confucius said "Signs and symbols rule the world, not words nor laws".  The New World Order is completed, it's now called One World Order and the only thing remaining is to use this virus to herd the humans they decide to keep in the door.
Language is the first weapon used to befuddle and then direct their victims to their destination. The meanings of terms such as quarantine, social distance, lockdown and "essential" have been inverted to change your thinking.  You need to break through this matrix of words to see how this operation is designed to destroy you.
HOUSE ARREST
COVID19 is the first time an entire population of healthy people have been quarantined; they have inverted Quarantine to now mean "House Arrest".  There is no medical reason to quarantine healthy people, especially with a virus that has a fatality rate well under 1%.
In Sonoma county, California, everyone has been locked down and to date there have been only four deaths from  the virus.  The new Sonoma county SMART train killed five people in its first few weeks of operation.  That train wasn't apparently as useful as the virus.
Social distancing is not a medical term, it comes from sociology and cultural Marxism.  It is used to denote the differences between groups based on race, income and other criteria.  A new group is being created based on COVID19 conformity to the "new norm" to force a dubious vaccine  on everyone and complete the mission.  You won't be allowed social activities like travel, shopping or entertainment without your "vaccination papers", producing an extended lockdown for those who won't conform.
Memes show people have waken up to this sinister plot.
Lockdown is what they do to prisoners.  You thought you were free, but everyone is in fact living in an open air prison.  The laws and constitution have been tossed out the window.
Essential has been used before in history (by the Austrian painter's government in the 1930's) to designate those above persecution and for the "non-essential" who are to be persecuted.
Many businesses and people are now deemed unessential "useless eaters", when in fact all businesses are essential to their owners, employees, vendors and customers.  Everyone wants to be "essential" and have value as a human being, but you are dehumanized.  Here's an example from the film "Shindler's List." 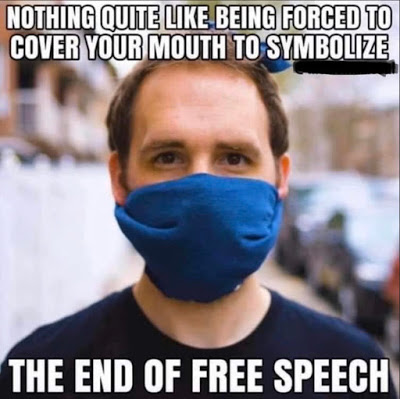 Masks are a powerful symbol, demonstrating obedience and acceptance of the fear psy op.  Of dubious medical benefit, they trigger fears of illness and disease and are a sign of looking outside for a solution.  In the end, they dehumanize people, which makes it easier for the cabal to control and ultimately do terrible things to them...
The day after passage of a $6 trillion money printing giveaway to the banks and corporations , the COVID19 death model suddenly changed from 2 million potential dead to only 200,000 potential dead.  The real body count will likely be 1/10th of this and that $6 trillion is only the down payment.  This virus is going to make the War on Terror™look like a piker; the operation will be hundreds of trillions before it's over.  Medicine is even more profitable than war.
WHAT CAN YOU DO ABOUT IT?
I personally don't believe in violence and follow The Law (the higher Law).  You can support local businesses, socially visit friends in homes or out in public, use public spaces (parks) without a mask to show people you've broken through.  If you need to wear a mask, write a message on it.
Tell your friends and family and government officials about the role of the CCP behind this fakery.  The CCP murdered 80 million of their own citizens in China -- they persecuted good people and now they are making their move to take on the entire world.  The real virus IS the CCP.
It's very possible this virus mutates or takes a turn for the worse via reinfection, mutation, which has already been reported, or a new version gets released.  In that case, people will see others dropping dead and lock their doors and stay home.  No order from any politician or health official will be required to stay home, people will figure that out for themselves and find safe ways to conduct business.
Don't count on Trump, some good hearted government officials, or the magical "Q" to save you.
You have to save yourself and that starts in your mind when you can discern the difference between evil and what is truly good.  You must break away from the CCP and it's minions wherever they are found.
Sincerely repent ("what did I do wrong?") rebuild morality and return to tradition.  Turn toward the highest principle of the cosmos; Truth, Compassion and Tolerance.  In the end, that is the only way forward for humanity.
-------
First Comment from Robert K
Because one group suspecting another of evil intent is essential to the strategy of divide-and-rule, attributing responsibility for the COVID-19 gambit to the Chinese, in the form of the CCP, serves the interests of the One World Government.  However, people should be aware that the mainland Chinese are being similarly conditioned to think that the virus, which has harmed so many of them economically, is the creation of the USA and its friends.  The psychological preconditions for war are being established, which can be used as the international establishment decides will work to its advantage.
As for the comments about saving yourself while the greater world goes to perdition, this is a counsel of despair--the abandonment of the greatest achievements of civilization.  The concern should be to use the power still inherent in society to bust up the globalist schemes and prevent their recurrence.  This must be accomplished institutionally, with novel devices, such as the possibility of recall by plebiscite before electoral terms are completed, bolstering the reassertion of constitutional limitations on power mongers, with stiff sentences for subversion.
Also, the appeal to Truth, Compassion and Tolerance is essentially meaningless because everything depends on one's perception of how these should be applied.  Many Communists have been motivated by these principles as they perceive them, even to the point of sacrificing their lives.  What must be established is the principle that your ideals must not interfere with anyone else's ability to pursue theirs, which would be possible if we had a sane, distributive financial system.

Comments for "The Real Virus is Communism (Satanism) "

Your guest article today is correct about the CCP and very wrong about the none existent virus. A RT-PCR test, according to the guy who invented the test, can not test for any infectious decease.

The test only identifies Exosomes which are tiny particles that are released from cells in our lungs for a host of different reasons. The top of the medical pyramid tells doctors and scientists that when you see these cells... call it Covid 19. Then the details about the virus are simply details derived from the molecules in the RA which is another part of the human immune system.

We have a test...we do not have a virus. All Covid 19 deaths are nothing more than mislabeled deaths from other causes or other pathogens.

The people who write an article for you should do all their homework before they submit an article.

I would argue the virus is fear, the perpetrator is the CCP and lap-dog media outlets. I don't think most people understand how much power the CCP has in the USA inc., or how much of USA inc. they already own. When you realize our country is a corporation, the CCP rapidly becoming the primary owner, that is foreboding. The democratic party seems to be controlled by the CCP at this point, the republican party not far behind. I don't believe the current system of government will ever work for the people, and that we should change to a cooperative model, based on love and the golden rule.

It's impossible for me to believe Trump is well-meaning, or our savior. Dr. Shiva, however, may be our savior, if he can get elected to the Senate. The satanic cult will likely make sure he has an 'accident' if that happens, but Dr. Shiva seems to be the only chance for positive change within our current system of government in the USA inc. He discussed this subject yesterday, and taught me some new facts about the CCP:

You mention that the One world trade center looks like pyramids, but what I also see in it, are arrows on each side:

Referring to as above, so below